Brought to you by the same studio as Fire Emblem, you might have high expectations for Code Name S.T.E.A.M.; I know I did. Promising a unique take on the strategy genre as well as some hammed up Americana, it seemed like it would be a delight to play. Unfortunately, it wasn’t.

Code Name S.T.E.A.M. takes place in a fictional alternate universe, one in which Abe Lincoln faked his own death in order to set up and run S.T.E.A.M., an organization to fight alien threats. Think steampunk Torchwood but without the charm. Players take control of characters from a range of American literature – from John Henry to Tom Sawyer and even Dorothy of Oz. The game isn’t shy about showing its influences and it could have been quite fun to explore, if the characters actually grew and developed beyond two dimensional cliches. 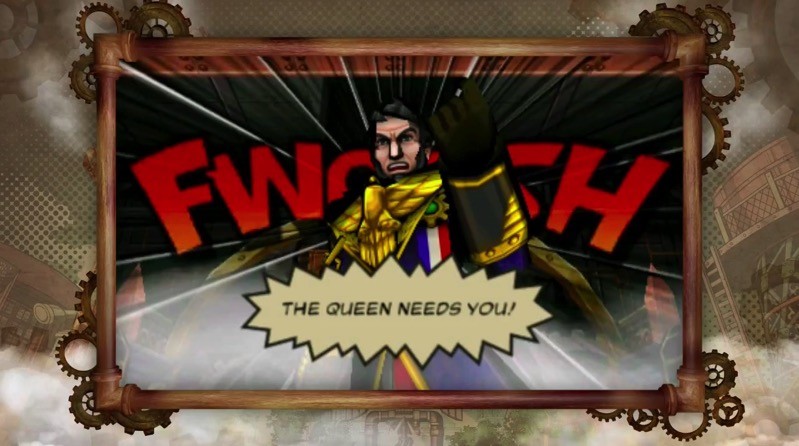 The story is fairly straight forward – there’s an alien threat to Earth and you need to maneuver your way through various maps in order to get specific objects that will allow you to defeat the aliens. It never really seems to go beyond that and if you play Code Name S.T.E.A.M. for the story, you will be disappointed. Characters don’t even have progression in the game – you can unlock new steam boilers or guns by collecting coins and gears, but they will never become stronger or empowered based on your use of them or their progress through the game. Plus, it is incredibly difficult to compare the new equipment without using it in the field – you can do side by side comparisons of new tanks or guns, making experimentation less inviting.

What is empowering is the new take on strategy. Playing with a third-person viewpoint, players must explore the map to find enemies and reach the end goal. Because you can’t see all the enemies at once, verticality is important to gain crucial viewpoints and map awareness. However, this also means that movement and camera controls are integral to the experience, something that I found a bit clunky on the 3DS, often resulting in me holding the handheld in strange ways as I attempted to look around while moving. 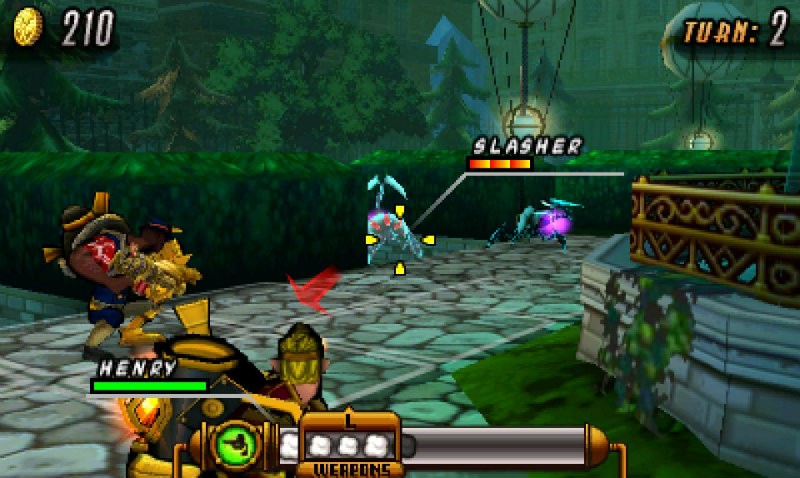 Although turn-based, the game takes a new approach on that, allowing players to spend and regain steam. Run out to the side and collect a coin; come back and that steam is returned as if you never moved. Of course, if you’re spotted by the enemy and attacked, your steam consumption is set in stone and can’t be recovered that way. It’s a nice way of balancing exploration and risk assessment.

Overwatch is also key in the game. If you leave enough steam in your tank at the end of a turn, you can actually fire upon enemies when they come into your sights. Of course you will need to balance this as well – you need to move forward towards the end point, but Overwatch seems to be more powerful and has the chance of stunning your enemies. All of this combines to make combat and exploration much deeper than traditional strategy games and is a lot of fun.

Thanks to an update for the game, the waiting time while enemies move is much shorter if you choose to fast forward. However, it still feels eternal, especially if you’re waiting for enemies you can’t even see to do an animation that basically involves them shifting their feet while waiting to discover you. It’s much better than it was, and makes the game more enjoyable, but it’s still an irritation. 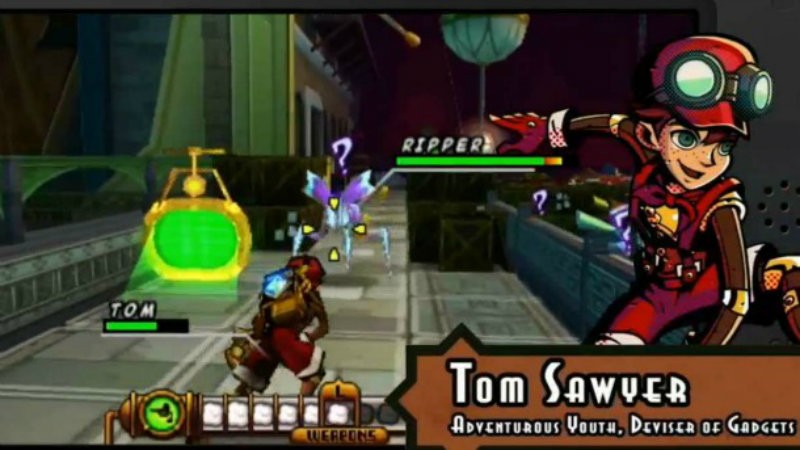 Also irritating is the squad selection. Without knowing what you will encounter on the map, players need to pick their squad. There is an option to have an optimal squad selected for you, but the AI selections often didn’t suit my play styles. However, certain squad members were totally ineffective on specific maps, something that only became apparent after a few turns. This meant that I needed to abort the mission and restart with a different squad, something that felt even more punishing thanks to the long enemy turns and unskippable instructions.

While the combat is fun and different, I often felt that it was unfairly punishing. Difficulty spikes caused some serious issues and enemy Overwatch was much more effective than my own. While completing a map was satisfying as a result, it didn’t improve the experience of the game. 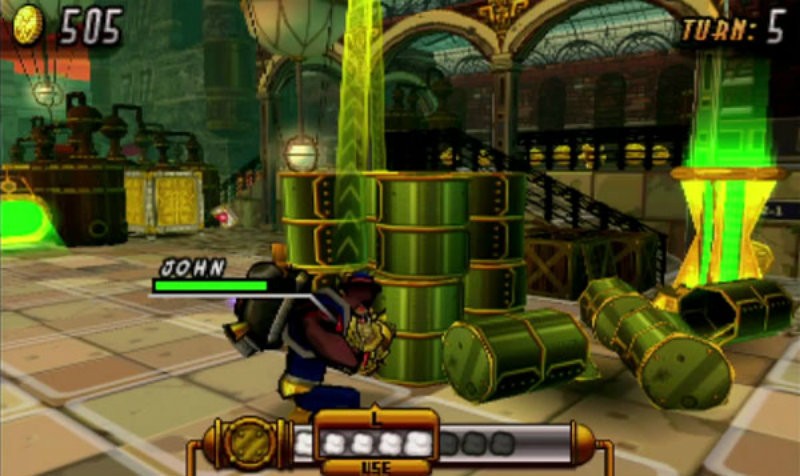 I really liked the game’s aesthetic – the comic book approach works so well on the 3DS and fit in remarkably well with the Americana theme. While the music and sound were enjoyable, the voice acting often left a lot to be desired. Abe Lincoln’s voice acting by Wil Wheaton is a notable exception, but not enough to compensate for the lack of charm from the others.

While Code Name: S.T.E.A.M. has some excellent qualities, it simply doesn’t feel like it has the soul of other Intelligent Systems games. It has some cool mechanics that could have been wonderful, but instead it just seemed irritating and lifeless. Without even an interesting story or likable characters, it doesn’t suck in players the way I had hoped. If you’re a fan of turn-based strategy, it may be worth playing, but don’t expect it to blow you away.