The Crew 2 is not an exciting game. Rather, it’s a game that focuses on the joy of driving, not the thrill. The Crew 2 is more about the journey rather than the destination, across winding roads spread throughout the vast open plains of America and its numerous mega-city highways. Land, air or water, there’s a golden path of your own choosing that awaits you in whichever direction you want to put the pedal to the metal to.

In many ways, that makes for a car-thartic game. There’s a sense of calm on the road, as The Crew 2 ditches its tale of revenge and burnt rubber from the first game and focuses instead on mastering all forms of transport. It’s a move that I can’t fault at all, as the resulting tonal shift makes for a brighter and more vibrant world within which to  clock in a few speeding tickets. 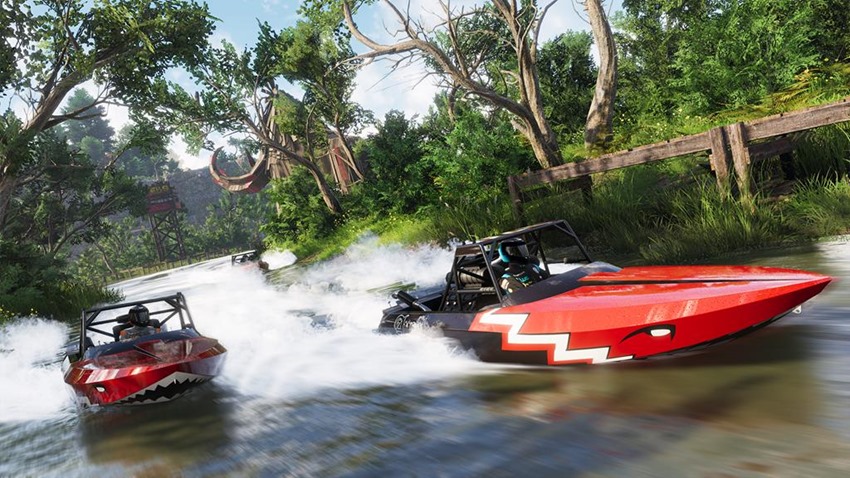 At the same time, The Crew 2 feels utterly hollow. It’s hard to explain exactly why the game feels this way, especially when you examine its core construction. Fresh out of the factory, The Crew 2 handles superbly and every vehicle has a character of its own within its various classes. Drifting cars handle like whales with eating disorders whenever you take a corner, drag-racing is an underrated treasure of tight gear-changes and aerobatic acrobatics are perfectly simplified for loops and corkscrew turns.

Boating is oddly enjoyable, outdoor runs give new meaning to going off the beaten path and I have a proper love for jumping into a touring car for a few races. The simplified version of the US of A ain’t bad either, as The Crew 2 condenses the entire nation of North America into one massive map of landmarks and monuments that you can race to. Seriously, if you’re planning to drive from New York to Los Angeles in a hypercar race, that’s a good forty minutes you need to set aside for the trip ahead. 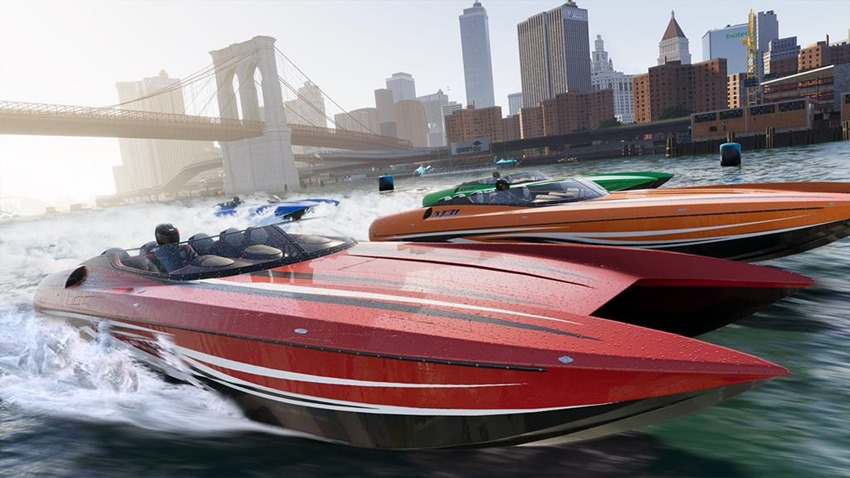 So why don’t I feel fulfilled. Barring the odd aesthetic design for cities where French restaurants offer Italian cuisine, The Crew 2 is a stable and gorgeous world of various racing disciplines. Multiple avenues exist within every race, the action is tight and there’s a lot to do. Still, there’s a definite emptiness I can’t shake off whenever I play The Crew 2.

Switching between land, sea and air vehicles is a stunning idea that has little utility in all but a handful of races that takes advantage of this novel gimmick, racing on water is a stunning example of how gorgeous the game can be and racing across mountain tops feels terrific. With a lacklustre catalogue of cars though and a design ethos that never really emphasises the true power of a V8 engine under the hood, The Crew 2 feels underwhelming. 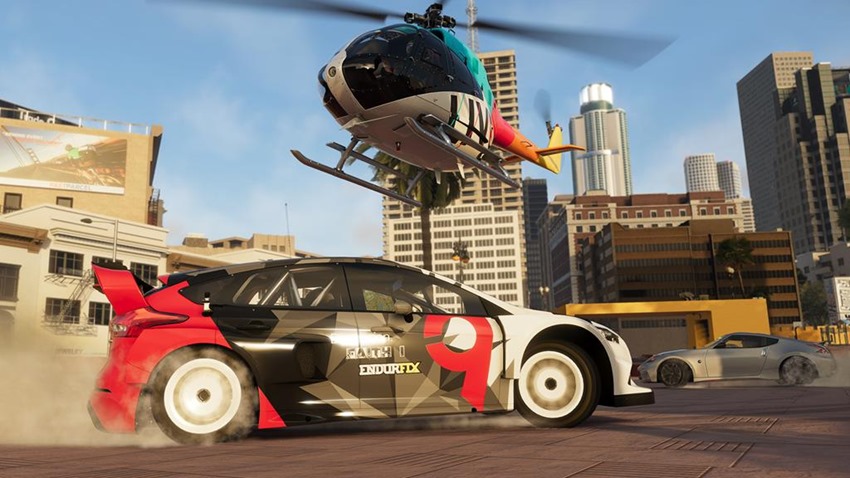 Compare it to Microsoft’s Forza Horizon for example. I’m not talking about visuals here, but rather the feel of those cars. Every single rumble, jolt and scrape feels amplified in Forza Horizon, creating a heightened layer of reality that draws you in and never fails to put a smile on your face when you finish a race. In The Crew 2? Finishing and grinding through a few races feels like going through the motions.

That emotional investment isn’t fed further by the odd upgrade system of The Crew 2. Instead of buying parts and tinkering with your ride, The Crew 2 has you earning loot after every race. On the one hand, it makes for a more accessible upgrade system that hews closely to Destiny’s Light system of incrementally upgrading your various rides. 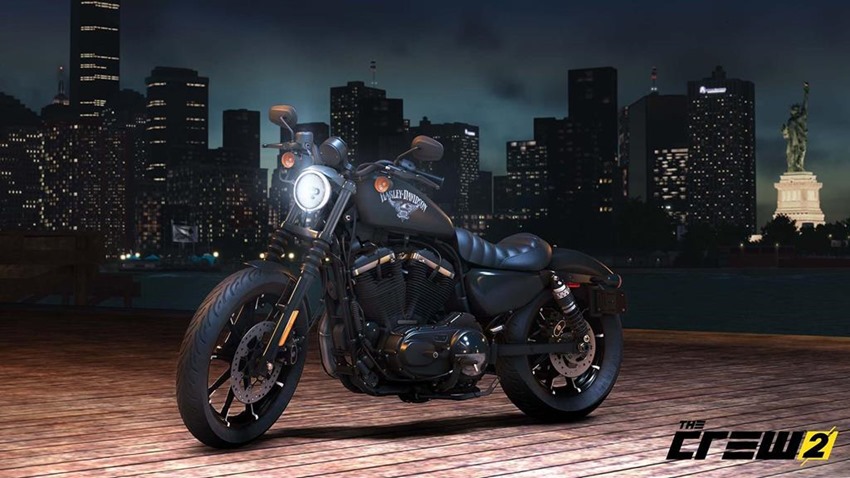 On the other hand, there’s nothing really special about the upgrades. It’s pure maths, as you simply swap pieces in and out without a second thought to their purpose beyond a numerical advantage for the race ahead. Sure, some parts do offer extra bonuses, but they’re miniscule perks at best. Maybe the biggest sin of The Crew 2, is that it lacks that competitive edge. It’s all fun and games to race against in-game AI, but genre fans want more than that.

They want real people, real competition. Currently, you won’t find PVP racing in The Crew 2 until December. Odd stuff, considering how the original game launched with that mode intact. Sure, you can match or even beat records set by friends and teammates in the social hub, but it’s just not the same. It’s a pity, because The Crew 2 has so much going for it with its numerous quality of life improvements. There’s a sense of ease present in its vehicle catalogues and switching between rides, as it makes the experience that it offers, that much simpler to jump into thanks to some intuitive menu design. 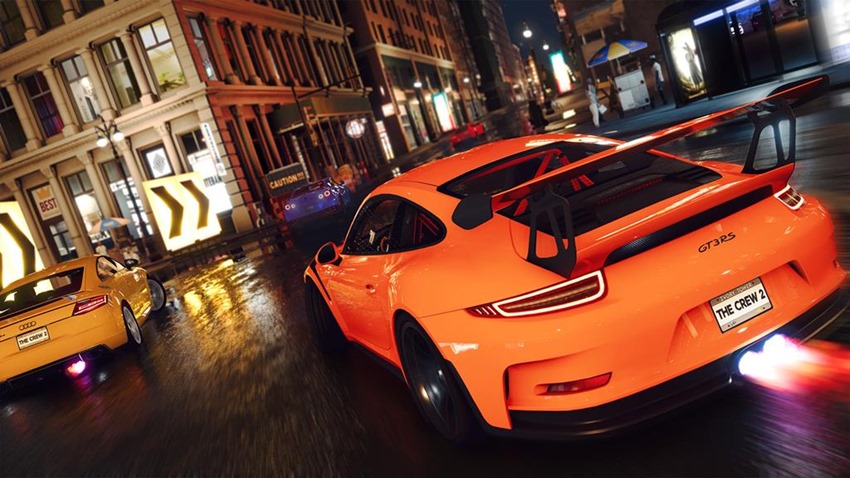 Even better, is The Crew 2’s focus on capturing your greatest highlights with a photo and video mode that more studios need to take notice of. Going to your home base to dress up your various vehicles is also terrific stuff, something I can attest to after I used the comprehensive livery editor to write “Geoff is a knob” on the side of my Ferrari.

Good stuff, that is regularly derailed by my burning rate for the dudebro Hiro who hangs out with you and makes me dream of horrible methods of torture whenever he opens his food-hole to utter some inane dialogue, brah. The point here, is that The Crew 2 is by no means a bad game. It’s a game that does ask for a considerable investment from its fans, but it’s that very investment which currently feels risky. 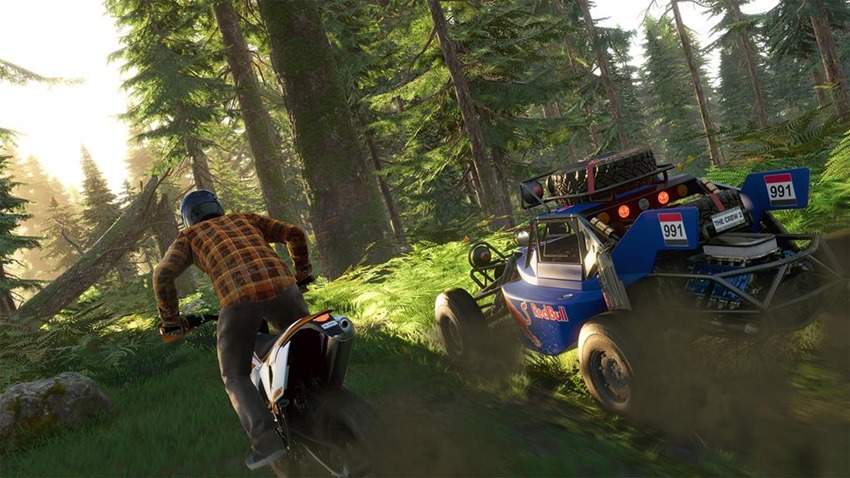 Like most of Ubisoft’s current titles, The Crew 2 is envisioned as a platform for future updates. Developer Ivory Tower is promising two new vehicles every month, new disciplines every three months and various other free updates to the world around you. Will The Crew 2 be better a year from now? Undoubtedly, I believe it will be.

The question is, are you ready to invest in the long road ahead. The Crew 2 is a game for the patient, for the believers who log in every day to earn cash and enjoy the scenic side of life. There’s an incredible sense of joy when you explore North America with a garage full of boats, cars and airplanes, but that sensation of passion for petrol is unbalanced and rings hollow the rest of the time.