I have scary but fond memories of the first horror games I played. There was Doom, adrenaline inducing stuff to me in my youth. The first Resident Evil? Jill sandwich or not, that game gave me nightmares for weeks. My most modern memory has to be Dead Space, a tense game that had my heart beating unnecessarily fast for its entire duration. Then you get Daylight, something which has some really great potential, but is unfortunately let down by a number of things.

You are Sarah, and you wake up in a hospital equipped with nothing but her cell phone and its accompanying bright light. A strange male character talks to you, and the atmosphere is gloomy and filled with darkness and mystery. Fear not though, your cell phone has a strangely unlimited source of battery power! As you begin to navigate the corridors, it also begins to plot out the surroundings and acts as your map. 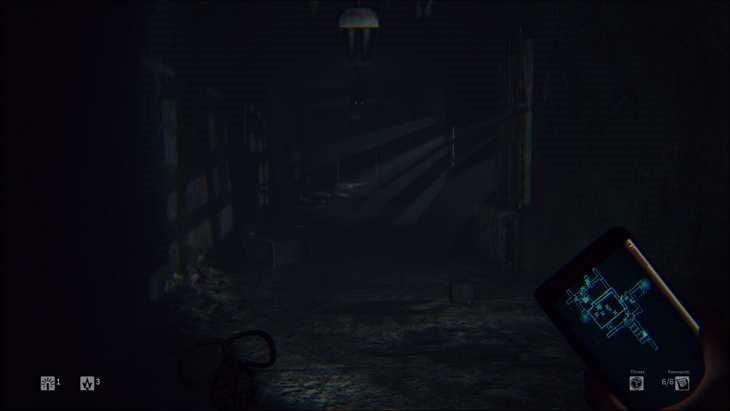 Honestly, Daylight does start off tense. When I had no idea what I was meant to be doing, or where I was meant to be going, I walked around at a snail pace in fear of the unknown. I can hardly flaw the environment, because it was genuinely atmospheric and creepy for most of the game. Stuff randomly falls over, lights flicker, and the random screams here and there certainly lay on a thick horror environment. Sarah also speaks at seemingly random intervals, often stating that she knows she isn’t alone or that she knows somebody is there. I would be lying if I said Daylight never gave me a few frights initially, because it really did.

Progression in the game is one of its biggest downfalls. In order to proceed further, Sarah has to collect letters and snippets of information from the hospitals past, otherwise known as remnants. Once all remnants have been collected, Sarah needs to locate the levels Relic. Carrying this relic to the exit allows her to progress to the next level. This sounds like a relatively decent game premise on paper, but the way its implemented is just frustrating. 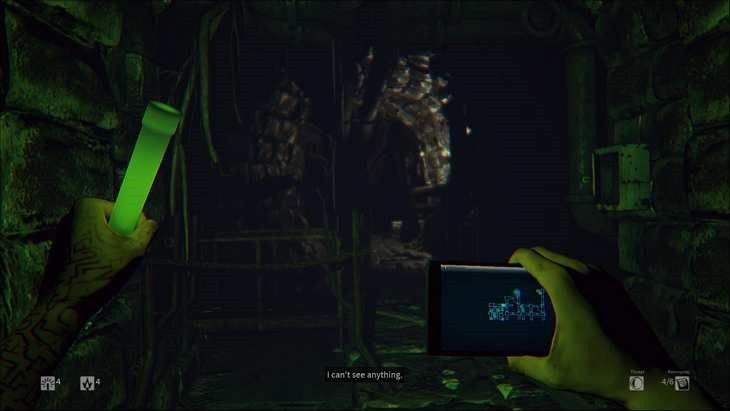 The areas are procedurally generated for the most part, meaning that in theory, no game should play the same twice as level designs will be different each time. The problem though, is that I began stumbling into duplicate rooms or even duplicate areas. Each level is one giant maze, which I can kind of understand, because the developers want the player to feel lost and desperate as they try to locate all the necessary bits needed to progress further. Map or not, at one point I spent a decent chunk of time running in circles because two areas on opposite sides of the map were almost identical. Throw in the fact that you encounter a lot of dead ends, and you soon realise that locating these remnants is not only frustrating throughout, but it also turns the game into the world’s biggest and most irritating fetch quest. 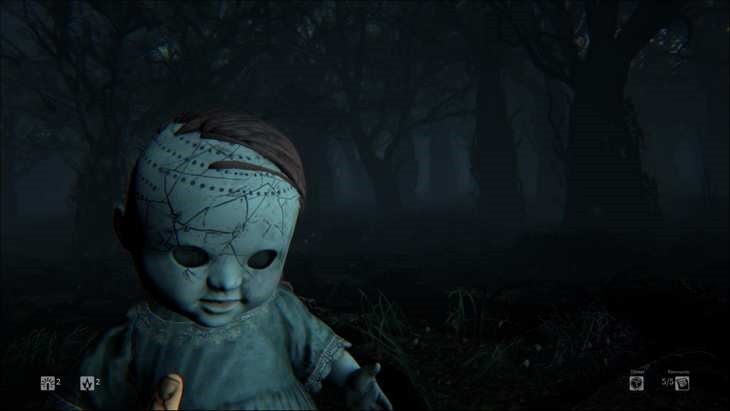 To make matters worse, while locating all the remnants you begin to encounter Shadows, the mysterious females ghost figures that stalk you. The more remnants you find in a level, the more active the Shadows become. Sound familiar? Even Slender Man could spot that similarity. When the game was fresh to me, it was terrifying trying to locate the levels last remnant while avoiding the Shadows. Looking at a Shadow turns the screen blood red, forcing you to look away in fear. This illusion soon wears off however, as you start to realise that the Shadows are not as much of a threat as they appear to be. You get access to glow sticks and flares. Glow sticks will help you locate remnants and keep track your footsteps. Flares make you basically invincible, chasing away the darkness as well as the Shadows while you happily skip and whistle through the once scary environment. When you pick up a relic, you can’t use flares which should make for some tense gameplay, but it still somehow doesn’t. Got a Shadow following you? Just don’t look at her. It’s as simple as that. There were many times where I was cornered and turning around revealed an enemy. All I had to do was look away and wait for them to disappear. Their presence isn’t exactly a secret either. You soon learn their distinctive noise, and if you don’t, your cell phone screen will go crazy with static. 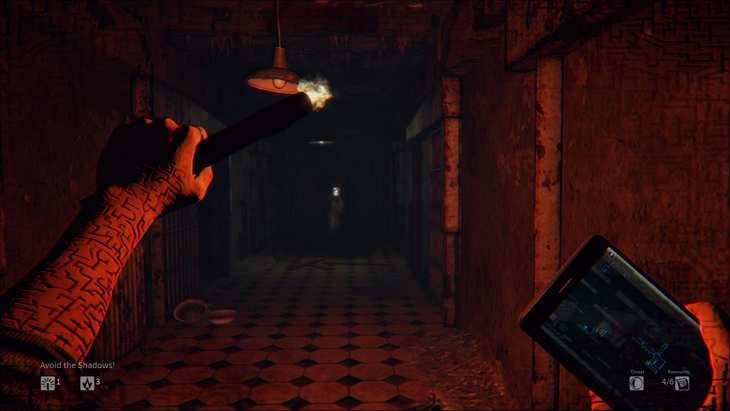 It’s a real pity, because even though it’s the clichéd setup, so much more could have been done to make this an excellent horror game. I would have been a lot happier if I just spent more time desperately searching for an exit or answers as opposed to backtracking looking for a tiny piece of paper or a box on the floor which I may have overlooked. Variation in Shadow activity would have been a welcome addition too, because once you figure out how they work, it really crashes the games horror level down to a minimum. You know what’s scary? Not knowing that something is there. Once you figure the ins and outs, there is constant awareness of the danger you’re in, and it’s no longer frightening. I never died once.

The game wasn’t long by any means either, taking me about 2.5 hours to complete. Keep in mind that a good portion of that was spent running around aimlessly. There is meant to be an element of replayability thanks to the random level generation. I just can’t see myself going back for a second run though, as I think I experienced all that needed to be experienced the first time round. The strongest part of the game for me was actually the story. When some games pile on pages and pages of lore, I tend to get lost and lose interest. The remnants you find however are all nice short snippets of the hospitals history, perfectly bite sized. I enjoyed reading through the hospital’s history, detailed mostly through ex employees’ diary entries. 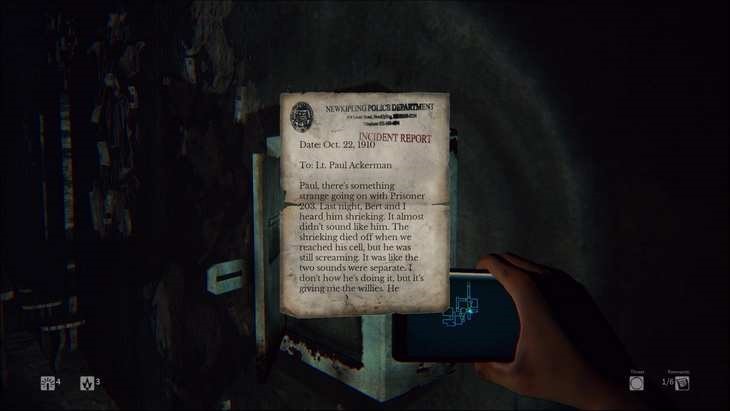 Another interesting addition is the Twitch integration which, thanks to our silly Internet upload speeds, I couldn’t test for myself. Basically, while somebody streams their gameplay, viewers can type certain commands which trigger events in-game. Screams, light flickers, that sort of thing. I did take some time to watch people play the game for the first time, and it was rather entertaining. It will be interesting to see how else this sort of feature could be used in upcoming games.