It’s difficult to reconcile that Diablo III is already six years old. Since its notoriously buggy launch to its revitalization as a live game, Blizzard has done a tremendous amount of work to make slaying demons repeatedly a delightfully rewarding process. With its launch on consoles, Diablo could also reach more players too, with an intuitive control scheme making couch co-op an even more joyous romp than previous iterations could only dream of. Much of that has been preserved on its latest port to the Nintendo Switch, which offers more flexible options for playing and every bit of content Diablo III has mustered up thus far.

The Eternal Collection lives up to its name in terms of content, and it’s overwhelmingly evident the first time you boot Diablo III up. It inundates you with text boxes and pop-ups informing you of all the content this port has to offer, from the seasonal changes and difficulty alterations to the incisions of all new DLC classes. It’s confusing for anyone who hasn’t kept up with Diablo III over the years, but it’s just as easy to just pick a class and difficulty and set on your quest to vanquish Diablo once again. The new classes, such as the necromancer which I had previously never played as, offer up more variety than the standard roster that launched in 2012. 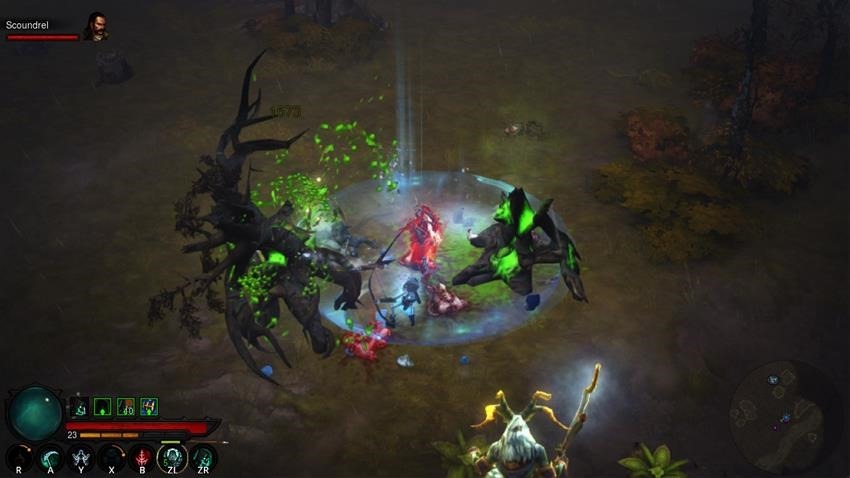 You’re able as the Necromancer to make use of the pilling bodies you leave in your wake, causing them to explode on command or rise and fight alongside you. Diablo III used to gate off higher difficulty settings until you had completed the main game first, but it now gives you the option to select whichever one you’d prefer from the onset. You’re able to change this during a campaign too, which was welcome considering that the standard normal difficulty seems far less challenging (and more boring as a result) than I remember it being.

The standard loop of hunting and gathering is still maintained though, and Diablo III hasn’t aged one bit when it comes down to the engrossing chase of better, more powerful loot. Its cracks are a little more evident in terms of pacing though. The initial portion of the campaign feels stagnant and far too time-consuming for the rewards that it eventually bestows on you, but subsequent acts significantly ramp up the action in engaging ways. This might make returning to Tristram a chore at first, especially if you’ve gone through these motions many times before. And given that there’s no way to transfer saves or boost a character to the more compelling higher levels from the start seems like a missed opportunity. But if you’ve never had the chance to play Diablo III before this, it’s unlikely that you’ll miss it as much. 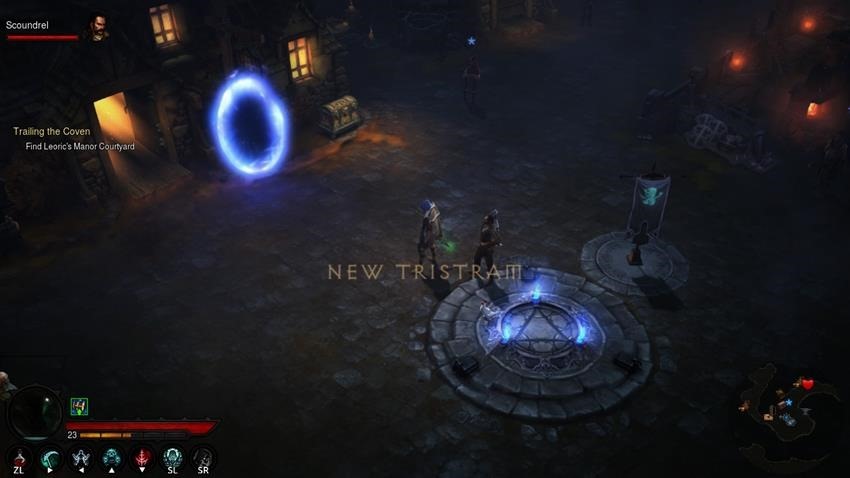 Performance on the Nintendo Switch is great too, with the port handling framerate well in both docked and handheld modes. It’s not an entirely smooth 60FPS all the way, and you’ll encounter some slowdown when the screen starts getting very busy, but it’s infrequent enough to forgive when it does occur. Effects work seems to be toned down as a result though, with less marvellous effects punctuating your devastating spells and abilities to keep things running as well as possible. That’s not an issue if you’re not used to versions on more powerful hardware, and it’s an acceptable concession given that you can take this version with you practically anywhere.

The Joy-Con offer some unique control functionality too, if not entirely unnecessary. A flick of one controller will initiate roll in the direction you’re facing, which can sometimes be faster than reaching for the right thumbstick. But it’s annoying other times too, especially when slight movements of your hand in your lap spends you character rolling in the middle of a chaotic battle. It’s sadly the only way to initiate a roll if you’re using a single Joy-Con to play too, which is what you’ll likely be doing for up to four player couch co-op. The reduced control options and removal of a whole stick complicate how it might have been achieved otherwise, but it’s still not the most elegant solution. 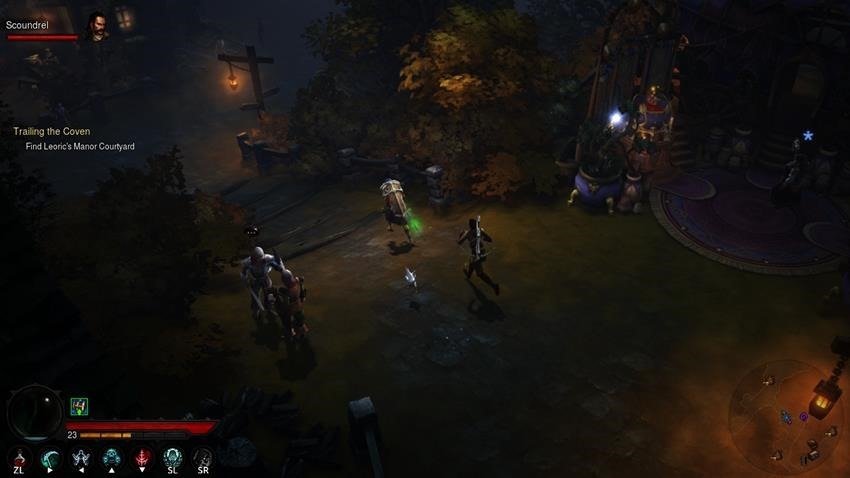 Compromises are abundant in Diablo III on Switch as is clear, but it’s still the sheer magic of the console itself that makes these hurdles easier to overlook. Blasting through dungeons without needing to be behind a TV or monitor still brings this half a decade old action RPG to life in new ways and has indicted me to invest in it all over again. The bonus of the additional content is a good touch too, which makes the familiar bits easier to slog through again in a journey to uncover new powers, strategies and content that released in drips over the years. Diablo III is a comprehensive package on the Switch, but just not always the best way to play it all.