Larian Studio’s crowd-funded RPG, Divinity: Original Sin 2 flew in the face of convention. Its sterling dedication to old-school role-playing is practically the polar opposite of the Action craze seeping its way into most of its contemporaries. The praise delivered upon its release still holds true. DOS2 is an immersive and uncompromising RPG of unparalleled purity – one that has finally found its way to the Xbox One and PS4 respectively. It’s an experience that translates beautifully due to slick design and a rock solid core. The tale of persecuted sorcerers and dark gods is fantasy gold, while the foundation for role-playing it provides is unrivalled. The world of Divinity, ripe with fascination and quality, remains one more than worth exploration by both the hardened and newcomer alike. 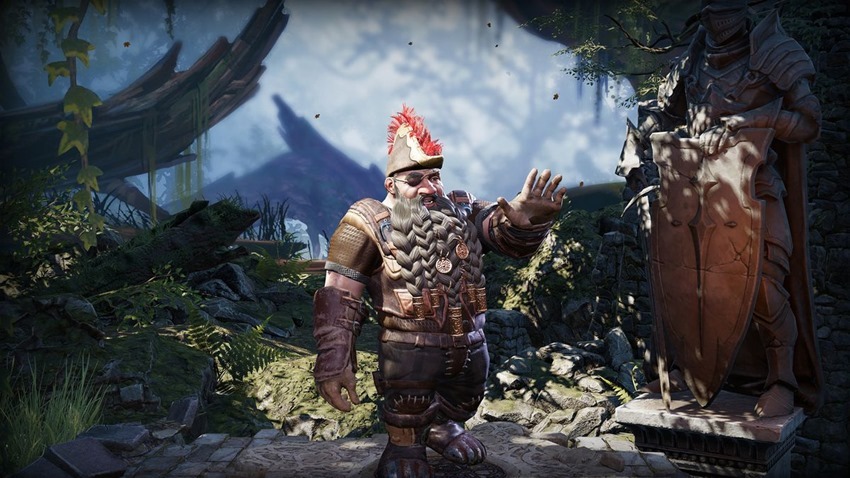 For the latter, Divinity: Original Sin 2 is an isometric, party-driven Role-Playing Game centered on engaging turn-based combat and real-time exploration. Players create a fantasy hero from the ground up – delving into backstory, vocation and visual appearance – and partake in a lengthy campaign either as an individual or as a team. Character creation is extremely fluid in terms of how the character actually functions – allowing for any combination of abilities to create a truly custom class. Where it does lack is in visual options, but this is somewhat abated by how backstory and race affect dialogue and quests – often opening up alternative dialogue options and the like. 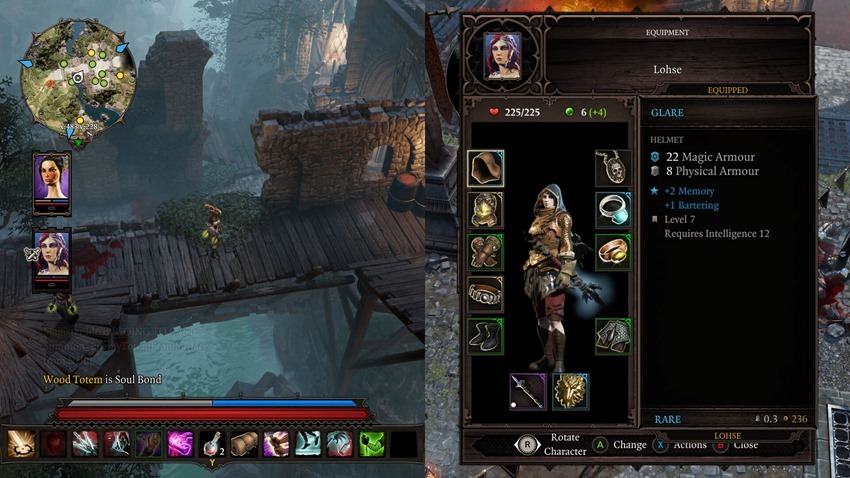 The writing in generally is noticeably excellent. Divinity is bursting with flamboyant and compelling fantasy performances, excellent plotting, fully voiced dialogue options and all manner of paths to travel when it comes to completing quests and managing your relationships with the bevy of interesting NPCs littering the gorgeous (at least at a distance) world. The persistent narrator really helps drive home the virtual Dungeons And Dragons feel the game evokes and characters like The Red Prince and Fane are melodramatic in all the right ways. 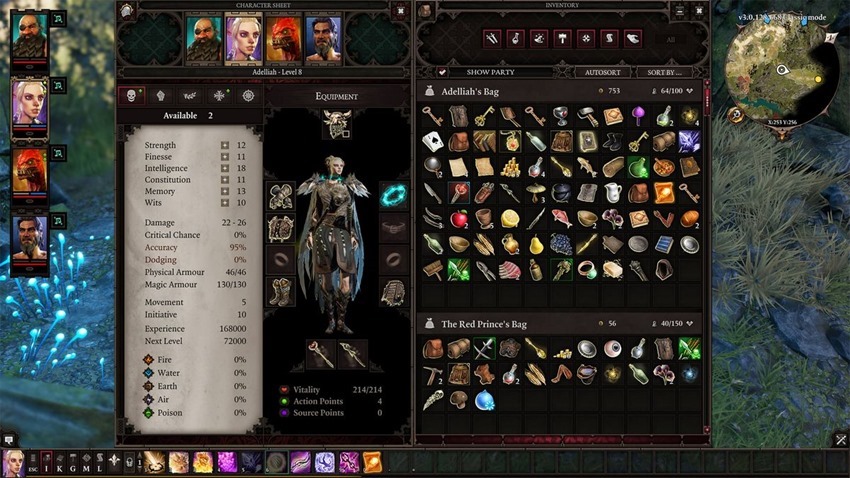 On that note, one easily amasses a colourful posse of controllable compadres with which to quest. Group dynamics is key regardless of whether the game is played solo or with friends. Balancing one’s party in terms of ability is paramount, as is tactically dividing up your group in order to take advantage of the environment in combat or the way certain character’s skills gel. It can be unforgiving in its early hours, as many of the nasties populating the opening area Fort Joy overpower the player and party easily, but the intelligent, context-heavy combat makes the struggle a pleasure to disassemble and understand. 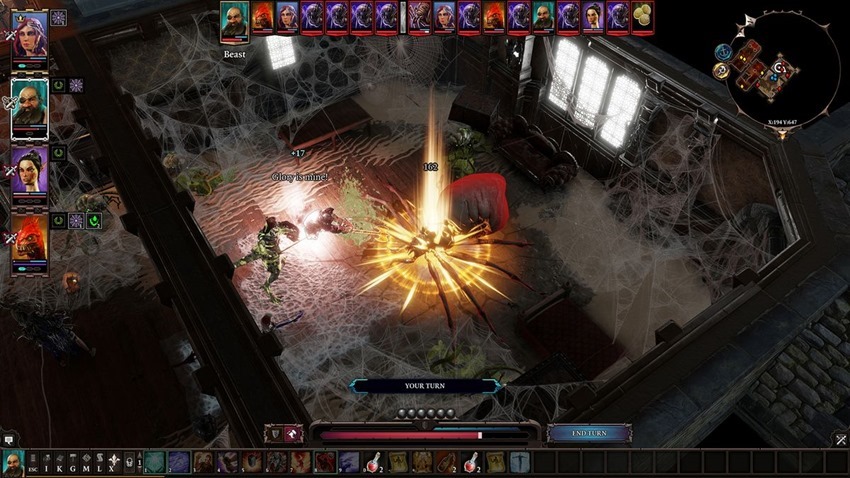 As with fellow isometric title Diablo 3, the control scheme morphs gracefully onto consoles. The right analogue stick controls the camera – allowing one to tilt to either side or pan in and out – while the left controls character movements. The ability bar is assigned to triangle on the PlayStation, allowing access to what would be hotkeyed abilities in a PC version. The console version furthermore brings with it the addition of split-screen multiplayer. It revolves around the distance between both players and will split and conjoin dynamically depending on how near or far they are to one another. The game will assign control of the party to one player and both characters are required to individually activate and hand-in quests, which can be a minor annoyance. Finally, the Definitive Edition has seen a number of technical fixes: including rebalancing elements like persuasion, armour prices, levelling and the damage of certain previously overpowered skills. 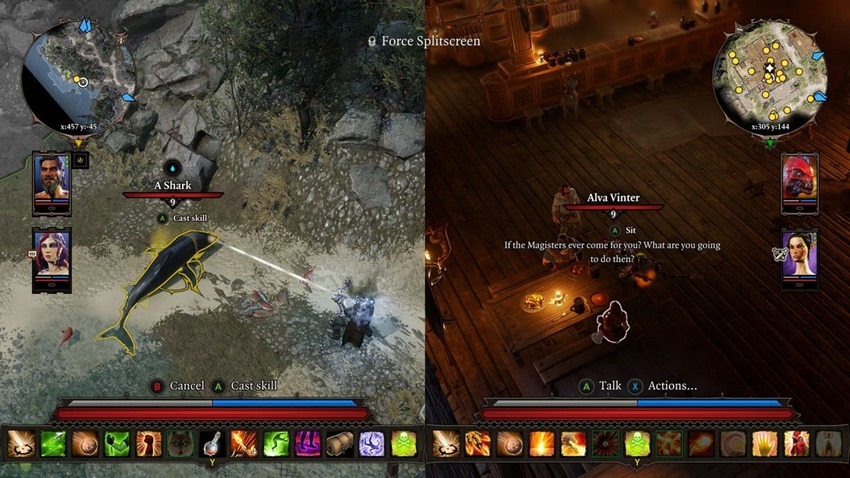 Divinity is very much the title it was when it originally released. There is no new content to speak of per se, but what has been delivered is a monumental role-playing experience that can be compared to very few. The breadth of stories to discover and parts to play is astounding, while its combat is top notch and tactical with a capital T. It’s undoubtedly built to appeal to more of a hardcore RPG audience and does not exactly hold the player’s hand, but Divinity: Original Sin 2 is unquestionably amongst the year’s unmissable titles.