It’s been almost 14 years since a proper traditional Dragon Quest RPG was released on home consoles. With IX moving to the Nintendo DS and X being a MMO, I had all but lost hope we would see another RPG console release, but in an age where JRPGs are making headlines again it’s only fitting that one of the oldest and quite frankly, best franchises in the genre makes its triumphant return and playing this game just feels so damn good. 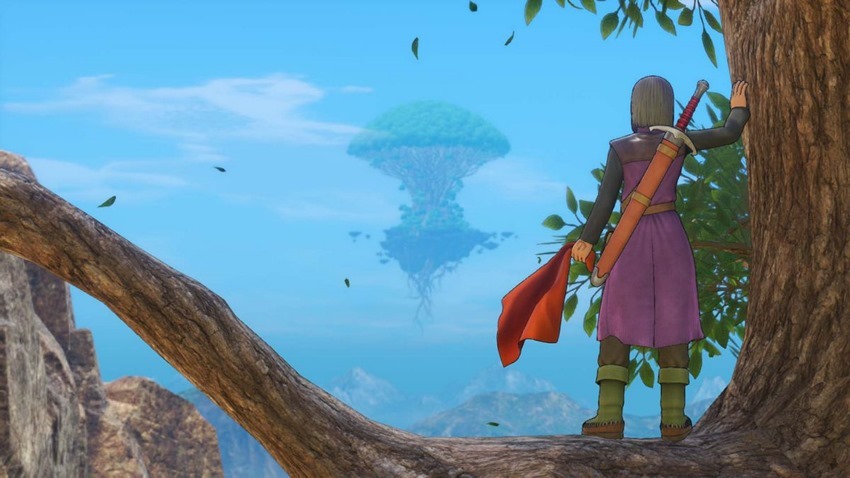 Dragon Quest 11 takes place in the world of Erdrea where a dark force threatens to disrupt the peace of the land. Much like the original Erdrick trilogy, our protagonist follows in the footsteps of a legendary hero who combated the darkness in times of yore known as the Luminary, only this time he is the hero reincarnate. As he learns about his destiny to dispel the looming evil he sets out in typical JRPG fashion to save the world. Things don’t work out as planned however as he is soon deemed to be an agent of evil by a king with a clearly hidden agenda and you now find yourself as both a fugitive and one carrying the safety of the world on your shoulders.

Dragon Quest 11’s premise might come across as just another tale about a band of merry heroes out to save the world, but there is a lot more underneath the surface especially once more of the key character’s motivations are revealed and you start to unravel the mystery of the impeding attack of the dark forces. The story itself hits so many highs that made me feel so invested and excited while at the same time resonating on a really emotional level. It’s just a shame however that the pacing can sometimes drag the overall experience down. 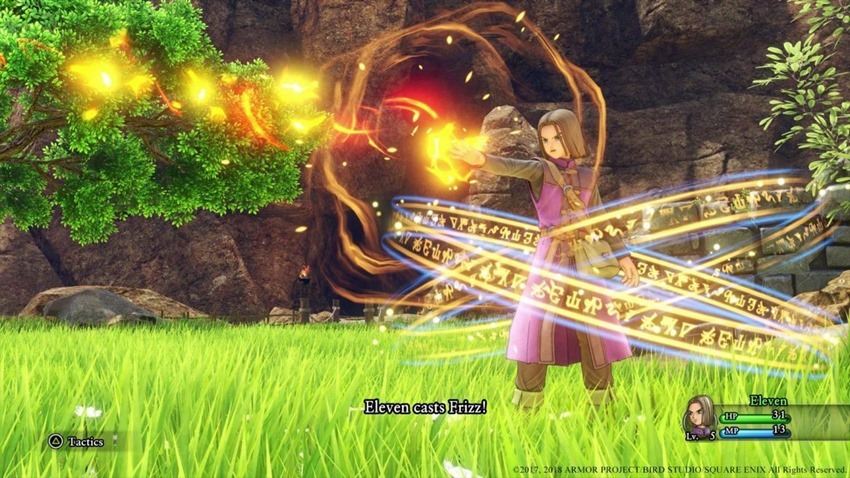 The story sometimes meanders for no good reason. For example, early on you realize that you need an important item to continue your quest and track it down to a desert town not too far off. Upon arrival the son of the Sultan tells you that he will give you said item should you help him out and upon fulfilling his request, you’re told that his father sold the item to a merchant. You then have to track the merchant down, and when you finally get to your destination, it would appear that the item was given to a fighting arena and will be used as a prize which obviously means that you have to partake in and win the tournament to get your hands on it. This sort of constant narrative redirection is a JRPG trope that I’m really not fond of, and while it serves as a way set up new minor sub-plots as well as introduces you to your new party members, the flow of the story feels like it comes to a halt every time you’re tunnelled into these forced distractions.

The main cast of characters can either make or break a JRPG. Star Ocean the Last Hope had one of the worst ensembles of characters I’ve ever come across and it made it hard to enjoy what was otherwise an incredibly fun game. The four bros in Final Fantasy XV, on the other hand, made it easy to forgive a lot the game’s more obvious and glaring issues. Dragon Quest 11 is no exception and I’m so glad the party members ended up being as memorable and enjoyable as they did. Not only did they make it easy to forgive the game’s narrative issues but they also made me forget about them altogether at times and I love how they connect to the protagonist in really meaningful ways. I just wish that the character we play as wasn’t silent. This is another JRPG trope that I’m so tired of seeing because so many of the more tender and emotional moments were betrayed by the protagonist’s inability to respond in any sort of human way other than a nod or slight groan. Still, overall I found myself heavily invested in the story and despite its issues; it managed to become one of my favorite Dragon Quest tales. 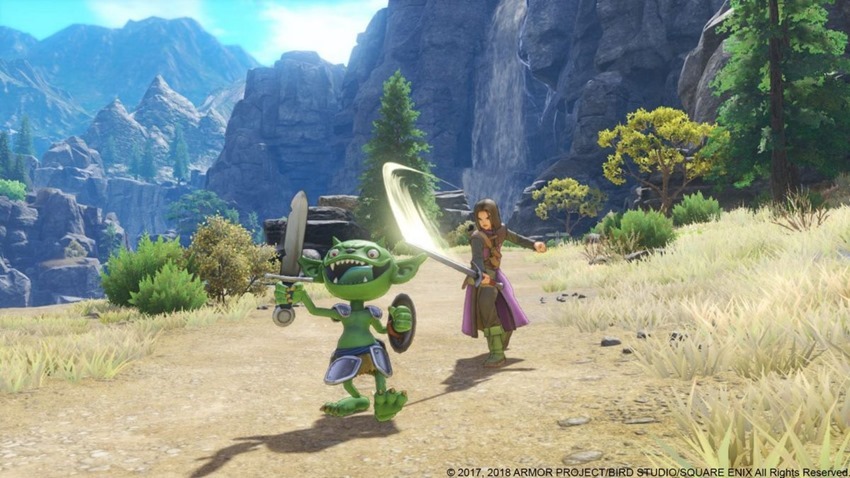 Few gaming franchises as old as this remain committed to a singular design. Final Fantasy for instance has reinvented itself with almost every entry, with the latest game being an open-world action JRPG, yet Dragon Quest stuck to the same formula for almost the entirety of the franchise’s lifespan. While it’s easy to misconstrue its traditionalism for stagnation, it’s become a master of its craft resulting in it being one of the finest examples of a traditional turn-based JRPG. I always felt that by keeping things simple Dragon Quest has given itself the freedom to really make each aspect of the game shine. The world is vibrant, colourful and full of life. The towns themselves are some of the best I’ve seen with incredible scale and small details packed into every corner. The dungeons and overworld are jammed packed with secrets that had me itching to explore. NPCs are funny and endearing making them a joy to interact with. Dragon Quest 11 is seriously like comfort food to me. I found myself getting lost in this wonderfully delightful world, and there were times when hours would go by without me even realizing. To top it all off, this game also has a devilishly addictive and strategic battle system.

There’s nothing outlandishly unique about Dragon Quest 11’s battle system but it’s how encounters are approached that makes it so damn good. For once, buffs, debuffs and status ailments all play a major role in combat. For those of you that have played the Final Fantasy’s of yore know that the only thing that matters is raw damage and knowing when to heal. Even though you could inflict the enemy with status ailments, you would rarely find a need do so. In this game however, you have to use every single spell and attack available to you. Granted, this only applies if you’re playing with something called Draconian Quests, which are difficulty modifiers such as more powerful enemies, or decreased XP gain from lower level monsters. I actually restarted my game because without these modifiers active it was just too easy and if I’m honest, I wasn’t really enjoying the game as much. That said, if you just want to enjoy the game at a leisurely pace, then it’s perfectly fine to play without them, but having that extra bit of challenge really accentuates just how well all these systems work together. That said, embarking on a Draconian Quest means you’re going to get your butt kicked on more than one occasion. 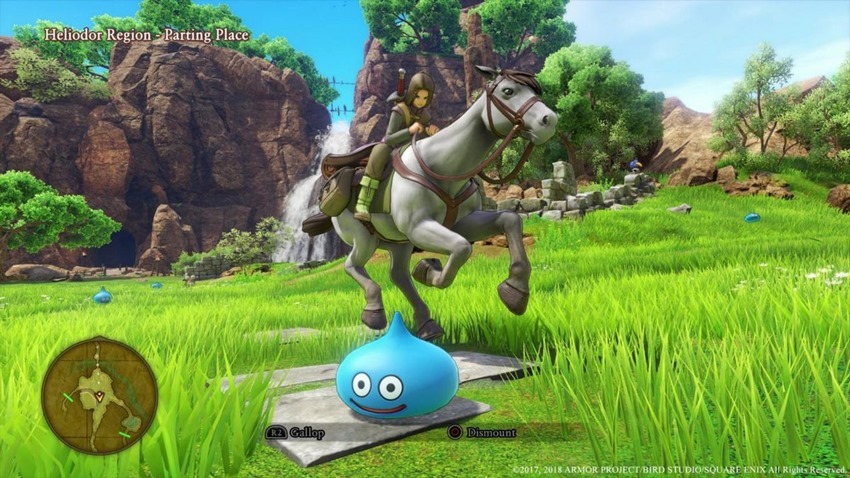 Every decision both in combat and how you build your characters has weight to them. Each party member has a fairly small skill tree you can upgrade with skill points you gain each time you level up. You only gain a handful of points each time and unlocking a node on the tree can be quite costly so your characters usually end up specializing in one branch for a while. The best thing about this system however is that you’re able to respec your character (for a price) which allows you to adjust your strategies and builds as you go along. I recall one particular boss was just annihilating me over and over again for almost 2 hours. Grinding or brute forcing my way wasn’t helping the situation but once I did a respec on one of my party members to inflict poison while another blinded the enemy, I was able to mitigate the damage I received while focusing on my defense and healing and letting the poison take its toll. I always had to think about how I’m going to tackle a particular scenario and I loved every moment of it. There’s also something called pep where if certain conditions are met that are actually unbeknownst to the player, a character will enter a pepped up state wherein their combat capabilities are enhanced and they gain access to powerful team attacks. It can feel really random at times but it does add a bit of a spice to combat. 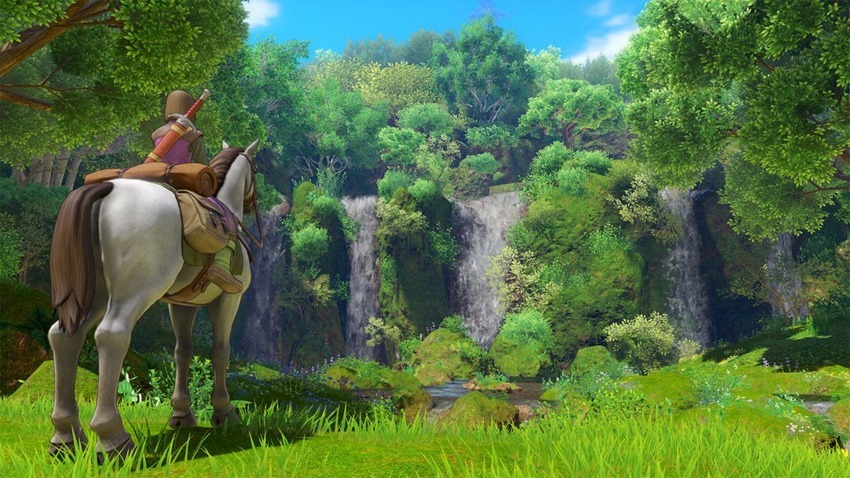 On the visual side of things, the game looks absolutely stunning. It’s actually surprising how well Akira Toriyama’s iconic artwork is brought  to life and blends in with the more modern looking environments, but the art style remains consistent throughout, adding a certain amount of believability to the overall look. While the game may look amazing, the same can’t be said about the soundtrack. While I usually have a high tolerance for JRPG soundtracks, this one got so bad that it started affecting my enjoyment of the game from time to time. Now it’s not that there are badly composed songs, and I can even overlook the fact that we got the MIDI version of the OST instead of the orchestral one, but the tracks themselves are just so average and boring and the amount of repeating ones was just maddening. There are times when boss fights have the same theme as regular battles, the overworld theme doesn’t really change and some towns even share the same music. Hell, there are even tracks from older Dragon Quest games. The amount of times I ended up listening to the same songs over and over drove me up the wall and it’s a right shame because music is a very integral part of a JRPG experience for me and it was just a complete let down here. Sometimes I would just play the game in complete silence and have a more enjoyable time that way. 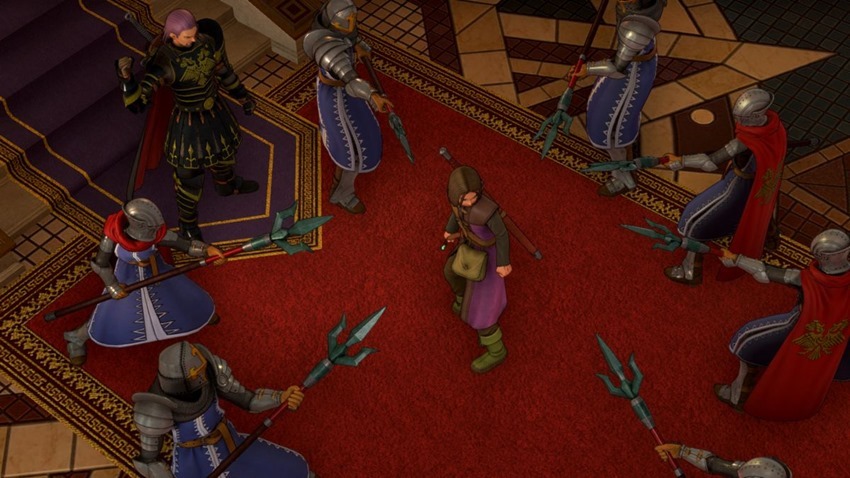 The Dragon Quest RPGs have remained consistently good throughout the years and the latest entry is no exception. Though it may falter at times, it’s a wonderful JRPG experience with the power to whisk you away to another world. It’s one of the few franchises out there that truly understands what it is and is confident in its design that has been finely tuned over the years. Who knows when we’ll get another mainline Dragon Quest RPG, so if you do pick this game up, savor every single moment of it.