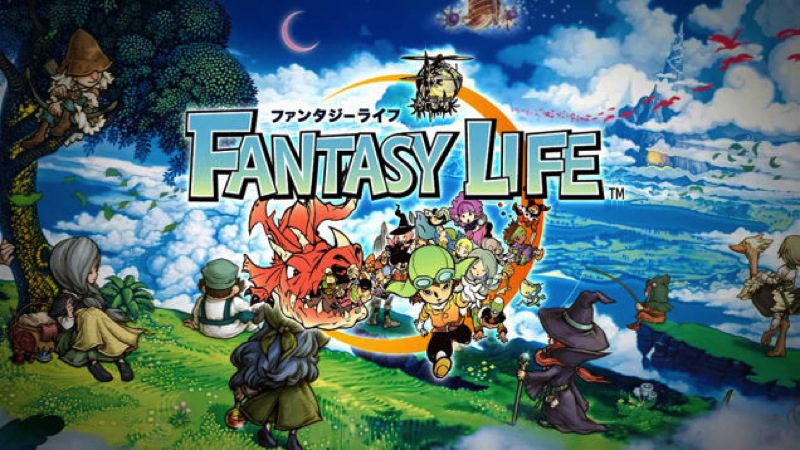 Fantasy Life straddles two worlds. On the one hand, it is a village life game in which you can take on many roles and become the ultimate miner, cook or hunter. On the other hand, it is a job-based JRPG. One side is certainly stronger than the other, but it’s by combining the two that the game feels innovative.

You start the game being told to get a life. This is a momentous occasion as the player chooses which starting role they wish to take. However, players can have multiple lives in the game – Fantasy Life uses the term life instead of the more familiar “job”. During my play through, I mastered the Hunter life and became quite high level at Angling, Cooking and Mining. Each requires a different set of skills and attributes, although they can be used even when playing as the other. For example, when roaming the countryside I generally stayed in my Hunter life as it maximized my ability to kill enemies. However, when I encountered a fishing spot or a mining node, I could still engage with those activities despite being in the “wrong” life.

The game is gorgeously brought to life with cute designs and graphics. Little jokes and references are also excellent for adult or child gamers. As per the JRPG tradition, cut scenes and animations are used to move the plot forward with plenty of missions and activities for players to engage with along the way. 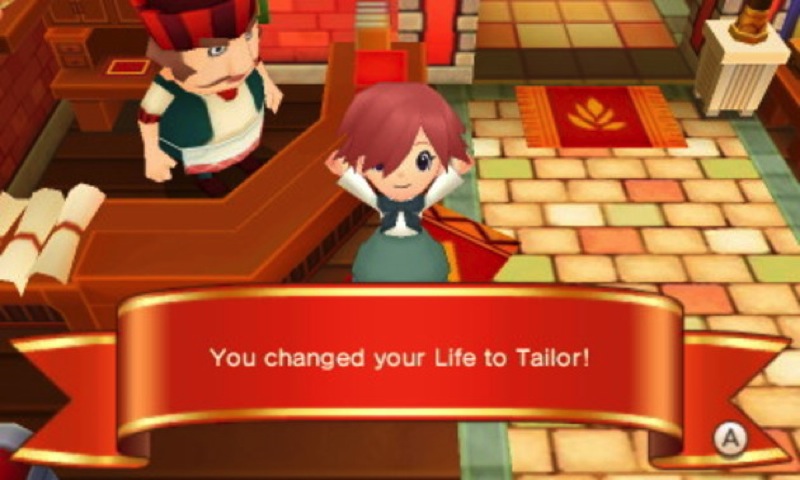 Each life or job has a list of challenges. These are what you might expect from a JRPG or other quest-based game: kill x number of enemies, fish such and such rare breed, cook a superior quality version of x dish. Upon completing your challenges, you can hand them in to your “life master” for recognition and reward. Of course, you need to currently be using the specific life in order to reap the reward – this meant frequent trips to the Guild Office to change my life, followed by visits to the specific life master to get the rewards, rinse and repeated four times for all my different jobs. I understand that it’s part of a typical job system, but it would have been nice to be able to change my life on the fly instead of always needing to return to a specific location.

Speaking of inconveniences, the bounty system of the game becomes such a hassle. As you journey through the world, there are rare enemies as well as resources that you might capture. These must be returned to a bounty officer in order to gain your prize, and often the recognition of completion for certain life challenges. Other enemies will try to destroy your bounty, adding to the challenge. However, there is no way to accelerate handing in the bounties – after the third time that I handed in the same low level bounty only to receive a pathetic reward I stopped even bothering, leaving the countryside littered with boxes of bounty. 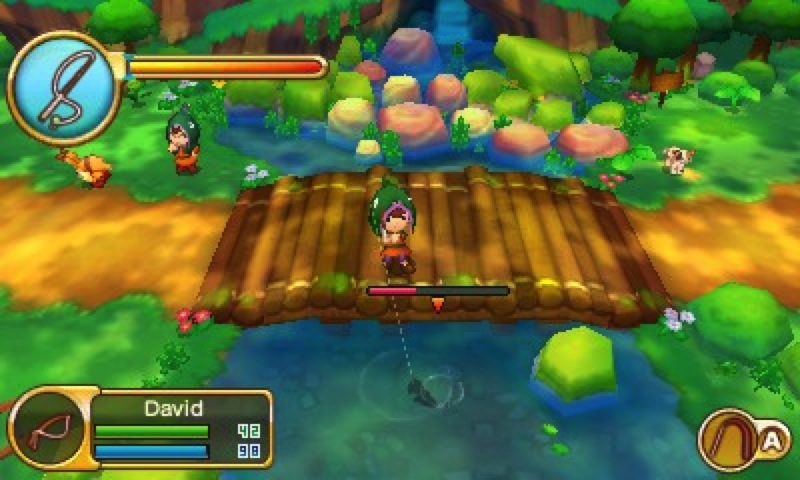 Despite these inconveniences, leveling up each life is ridiculously addictive. I couldn’t help but take up Angling after I saw how many fish-based recipes I could make as a cook. Thanks to leveling up my fishing skills, I could catch a ton of my ingredients, getting experience for each step. Plus, much like in real life, there is something so much more satisfying about consuming food that I made myself. I found the hunter, angler and cook jobs to be excellently complimentary. While I also did mining to understand the resource gathering experiences, it just wasn’t as satisfying – perhaps I needed to also take up blacksmithing to really appreciate it.

While armor, weapons and tools are present in the game, I didn’t generally feel the need to buy them. By traveling through the world I’d often be rewarded with new equipment, using my funds for quick travel and buying scare ingredients instead. Players can also customize their homes (yes, you can eventually have a home in every major city of the game), but this was also something that had zero appeal for me. I’d be rewarded with special lamps, wall decorations or flooring when I completed quests, but I rarely did more than return home for quick travel or handing in plot quests. 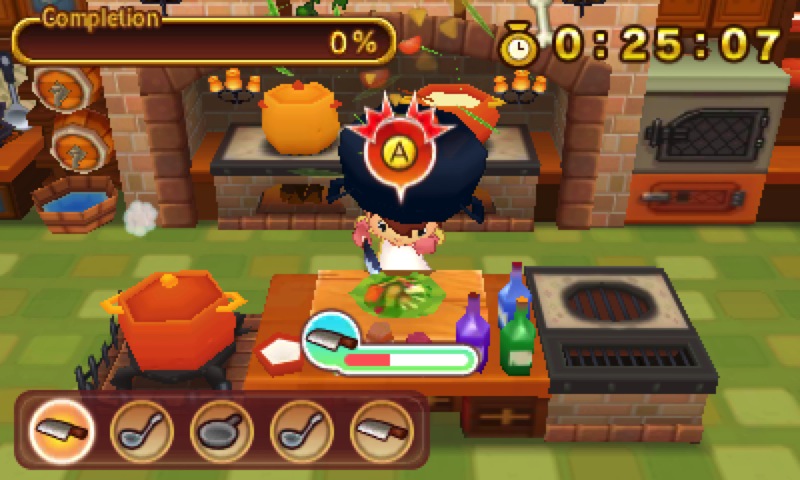 Yes, beyond the challenges for each life, there are two other types of quests – those that RPG veterans will be familiar with that are given by all the random NPCs, and plot quests. Plot quests are based on “bliss” – it’s all about being happy and completing the missions set forth by your butterfly companion in order to find happiness. This ends up linking into the storyline and pushing you to progress instead of just farming your various jobs until you are a complete master.

The story itself is rather predictable. The world is in great danger, and you’re the only one who can save it. By uniting the various cast of characters from around the world, you will save the world and bring peace and prosperity. There are a few more plot twists along the way, but I certainly wouldn’t recommend playing for the story – it is a rather weak device used to simply move you through all the various locales. 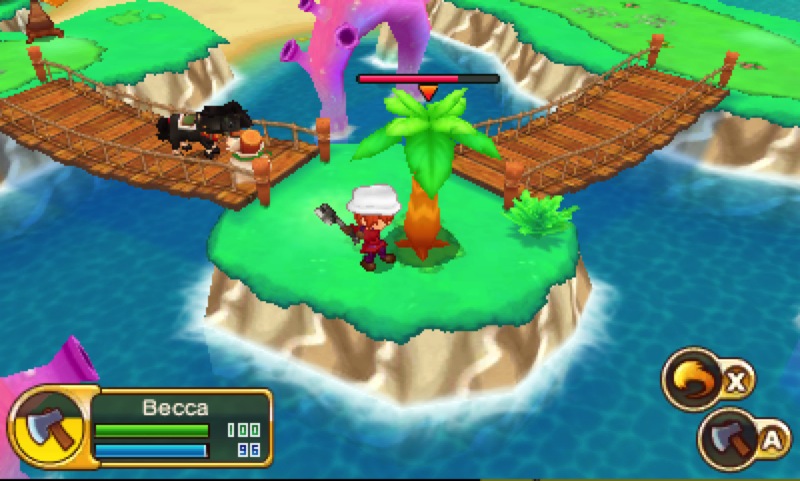 As you unite people, you will gain new allies who can join you as you explore. They also help out in real-time combat, each offering their own skills. I generally opted for a melee companion – my hunter did excellent DPS but needed a tank to keep the enemies at bay. However, during story missions, you aren’t allowed to add companions to your party – sometimes the story will have someone join you and other times you must simply go alone. This meant that I often would explore an entire area before the plot called for it just so that I could get a sense of enemy spawning and difficulty before I had to fight by myself. That said, as the game progressed, I found that my hunter became quite over powered and no longer needed any recon – I could take on the new enemies without any trouble.

The storyline lasts about 10 hours, but I played for more than 20… and I could have played for a lot longer. I found it so addictive to head out into an environment in order to hunt down a specific creature for my hunting life, only to find a new mining node or fishing spot. Of course, having caught the new fish, I could now make a new recipe in the cooking mini-game. The cycle just continued with my character continuing to get experience and level up by completing each of these various tasks. I truly wanted to make her the best she could possibly be, spending loads of time leveling up my various skills.