Home Gaming FFD: Are reviews just to serve as a tool for confirmation bias? 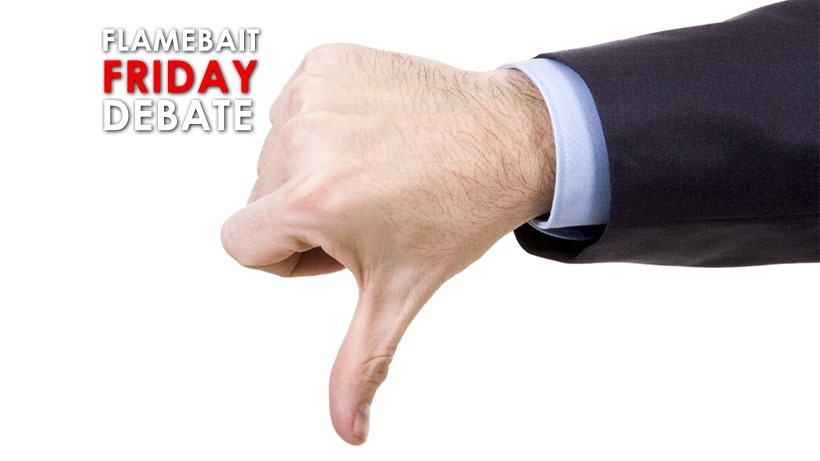 It’s a funny thing, confirmation bias. I’ve postulated for a long time that reviews function more as a vehicle for confirmation bias, which according to one definition: “In psychology and cognitive science, confirmation bias  a tendency to search for or interpret information in a way that confirms one’s preconceptions.”

I’ve been critiquing games for years, and I’ve noticed that while there are many gamers who look towards reviews to make informed purchasing decisions, most people look towards them to confirm their own pre-conceived notions about a game. It’s particularly prevalent here in South Africa where we sometimes get games late and review games after people have played them.

The most recent of those, is of course, Devil’s Third. The game has been nearly universally panned by critics because it is, in my opinion of course, a bloody terrible game – but fans of its developer, Ninja Gaiden designer Tomonobu Itagaki, that’s just not possible. He’s not capable of making an appalling game, so despite what reviews say, they’ll be picking the game up, spending their hard-earned money on something that those who’ve played it believe to be awful.

His fans have gone so far as attacking critics who’ve panned the game, while congratulating those who’ve been kinder to it for “seeing Itagaki’s vision.” We have of course, seen this sort of thing before. Reviewers who said bad things about Dragon’s Dogma, or good things about DmC.

Videogamer.com’s deputy editor Steve Burns summed it up with a memetic Simpsons picture, really – which was clever and all, but really just confirmed what I already knew.

Today’s FFD the, is a twofold one. Do you use reviews as a way to confirm your own thoughts on a game, as tool to find games you may not otherwise have looked at, or to make purchasing decisions. On top of that, are there developers whose games you would buy without question, no matter what those bastard reviewers have to say?