Last year, it seemed like everyone was trying to jump on the MMO bandwagon. Not all have survived, but Final Fantasy XIV: A Realm Reborn not only survived, but thrived. As a result, Square Enix’s MMO got an expansion, and I have spent a considerable number of hours exploring the new content. So, does it raise the bar on the MMO, or is it just more of the same? 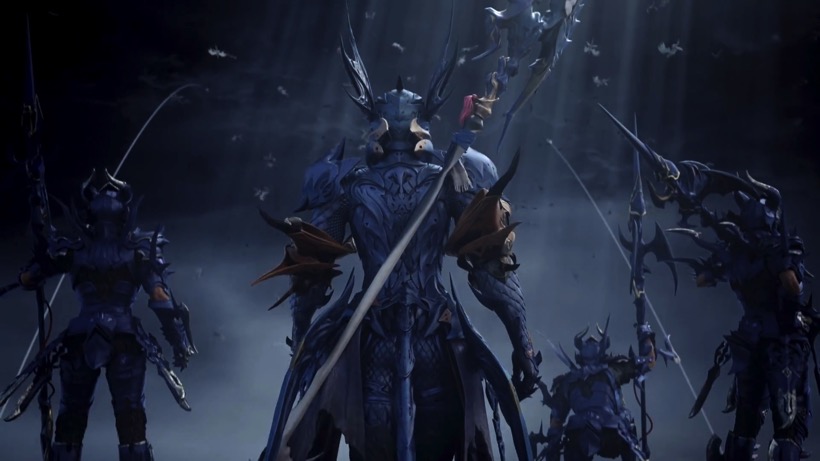 I’m not going to go into the basics of the original character creation elements, or the original jobs and dungeons. You can read my review of the base game, A Realm Reborn, over here. So what’s new in Heavensward?

Following the fallout in Eorzea at the end of FFXIV: A Realm Reborn, the bringer of light must journey to new lands. This means that the sealed off kingdom of Ishgard becomes the player’s new stomping grounds, but there are way more areas to explore as well. While A Realm Reborn featured three main biomes (desert, coastal and forest) with a touch of an icy world, Heavensward breaks the mould with some unique worlds. From floating island clusters to frozen wastelands and even a lush world under a canopy of trees, there is a lot to discover in the expansion. 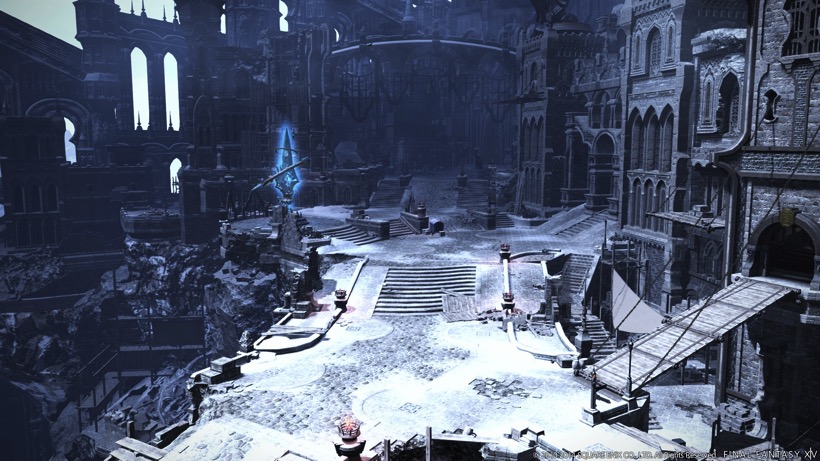 Thankfully, Heavenward also introduces flying mounts, making traversing the new terrain a bit easier and more fun. However, your mount can’t fly at first in a new area. That’s right, much like other MMOs that restricted flying mounts to ensure that players experienced the full range of what an area had to offer, Final Fantasy XIV’s expansion makes it so that your mount can only fly once you have attuned to the aether in the area.

This is done by finding “aether currents” scattered around the map, as well as by completing specific missions. While some story missions provide aether attunement, the majority come from side quests. This not only encourages players to complete those seemingly superfluous missions, but also makes said side quests feel that much more rewarding. 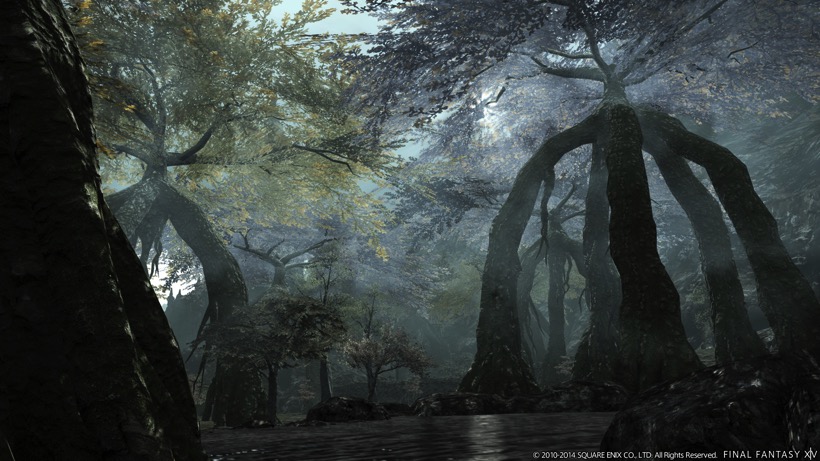 The stories behind the side quests (and the main story line) are also much more satisfying. I loved traveling to one new area to find an entire tribe of people who live under the shelter of enormous trees in order to avoid the dragons in the area. It’s also where chocobos breed and some of the side quests include hunting down chocobos for training or food, as well as ensuring sustainable hunting practices. It was such a fun side story that I totally enjoyed getting lost in.

The main story is also paced much better than the base game, making each new area feel worthwhile exploring before moving on to the next. By telling a story with a few things going on at once, it felt more immersive and less repetitive. Go fix some political intrigue, but wait, there’s a dragon and you need to help, which reveals some new political intrigue, and on the story continues.

Get a real job 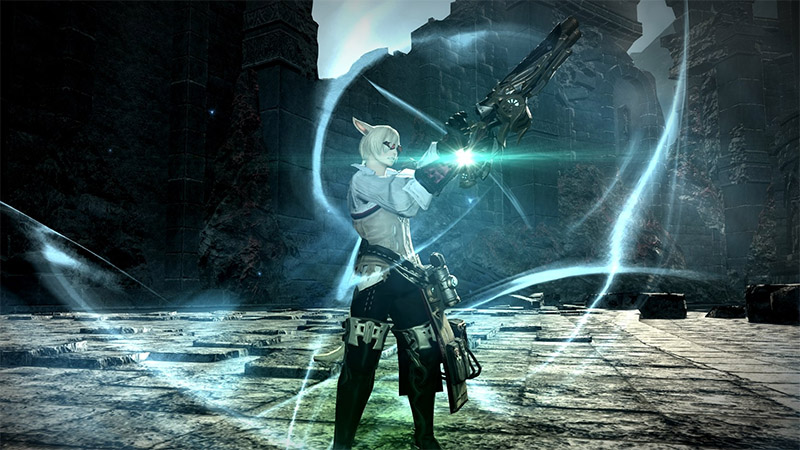 A Realm Reborn let you play as your preferred character class, with options ranging from archers and black mages to pugilists and dragoons. Previously, in order to turn from Thaumaturg to Black Mage, you had to pursue another class and have their powers combine at a specific level. It promoted learning new classes, but felt incredibly grind-based and didn’t totally make sense. Heavensward offers new jobs, but the reasoning actually works for me, including the level downgrade.

Upon arriving in Ishgard, there are a range of new side quests to undertake in the city itself. I found myself in the factory where I was sent on a quest that resulted in opening up the machinist job. The option to shoot guns and set up turrets? Sign me up! However, I obviously knew nothing about it and didn’t have the skills to handle the better weaponry. As a result, my level 50 black mage transformed into a level 30 machinist when changing class. It made sense, although it’s still a bit frustrating that my character couldn’t equip the excellent gear that I already had and loved. Time to get new gear, and level up all over again. Instead, I’ve just stuck with being a black mage for now, but maybe when I have time again I will level up my machinist.

Yes, the new jobs are just as addictive as the old ones. From fishing and mining to killing things as the various classes and fulfilling your entire hunting log, there is just so much to do in the reward loop that you can easily lose many hours doing things that are totally unrelated to the story at hand. 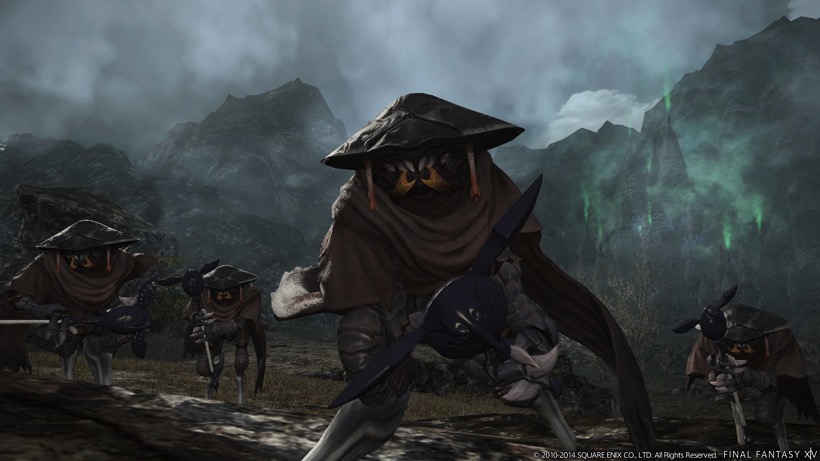 Much like the base game, there are points along the way where co-op gameplay is required. Your character must team up with a range of other players to clear out a dungeon or take on a giant challenge. These are generally quite interesting and include a bunch of cool mechanics – I still love the one major battle we had where the best instruction anyone could give was “tanks, ignore the boss!”.

While for the most part people continue to surprise me in Final Fantasy XIV Heavensward and are quite patient and nice to each other, I did find the community a bit less accommodating in the expansion. Perhaps it’s because the quests are more difficult, or maybe it’s because people think they are so pro now that they are even higher level, but I encountered a bunch more abuse and rage quitting in the Heavensward dungeons than I did in the base game content.

Thankfully, the dungeons in Heavensward aren’t quite as common or integral to the plot. Much more enjoyably, more duties seem to involve story NPCs this time, helping to improve the bond I felt with the characters from the story. There’s nothing like defending your healer friend who you know is going through emotional difficulties thanks to the stuff that happened in the story, while having your other long lost friend appear as a tank – it adds a much greater connection to the task at hand as compared to playing with a bunch of strangers. Of course questing in general is better with friends, but I did find that at least this approach to storytelling improved my emotional connection with my character and her team.

Heavensward also features a ton of FATES, events that take place around the open world that usually require some cooperation between a whole bunch of players. These can be hunts or specific tasks in a preset area with excellent XP and currency rewards. However, I found players much less likely to take part in these in Heavensward. I suppose everyone was too busy flying around the world or something, but there just didn’t seem to be as much community feeling in the expansion.

See me, hear me 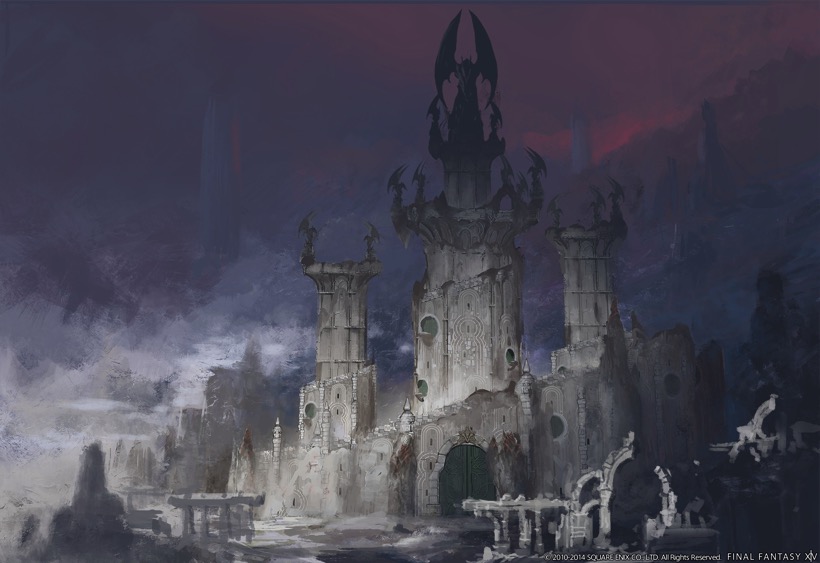 I already knew the aesthetics of this MMO were impressive, but Square Enix really pushed them to a whole new level with the expansion. Sure, the textures still aren’t quite what players might expect for a game on new consoles, but the environments are still absolutely stunning and filled with all kinds of rich details. However, it’s not the visuals that blew me away with the expansion.

Heavenward features a ton of new and extra voice acting, as well as all new musical scores for the various environments. I actually found myself forgoing the use of my mount in some areas just so that I could hear the unique and truly fantastic music. By adding in the extra voice content, as well as making the music swell in all new ways, Heavensward is a vast improvement upon the base game and a much more pleasing sensory experience.