Frantics is the latest game in Sony’s casual-focused PlayLink games. They’re a series of disparate games that all have one thing in common: they use your wirelessly connected smartphone as the controller. I love the idea behind it, and I’ll usually champion games that try to get people who don’t usually play games to have a little digital fun. Games that let me play with my whole family also excite me. 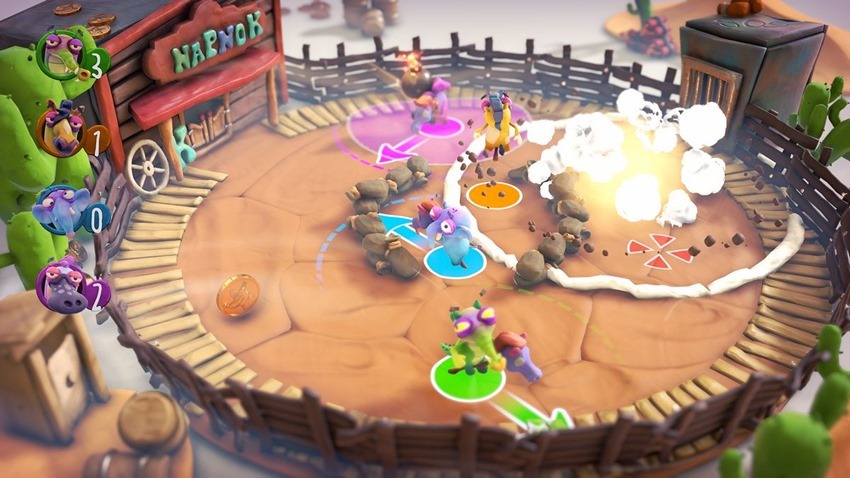 Frantics ticks all of those boxes and should be a fantastic party game for the whole family. Unfortunately, it isn’t. It’s a game in the Mario Party (or Fusion Frenzy, if you grew up on Xbox) mould, where up to four players compete in a series of mini-games, earning crowns as they win individual events. The player with the most crowns at the end of it all is declared the winner. Unlike Mario Party , there’s no real game between the minigames, so there’s no board for players to move across as they shift from minigame to minigame.

It’s also bereft of the charm of identifiable, beloved characters like the inhabitants of the Mushroom Kingdom. Instead, players take selfies of themselves using their phones, and then get assigned animal avatars to play with. A somewhat disheveled Fox with a sardonic and wry wit who is meant to incite playful rivalry between players, hosts the party. 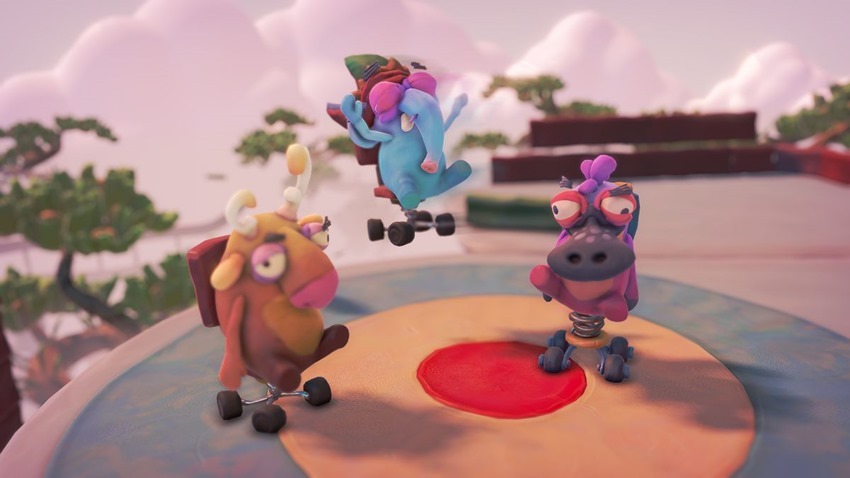 Mini-game collections live and die by how fun the individual games contained within them are and unfortunately, this is where Frantics really flounders. It’s standard mini-game fare, with a few of the games being almost direct copies of older Mario Party games. Icicle Pickle is a perfect example of that. It has four players on a floating island of ice, bumping into each other to try push one another over the edge. 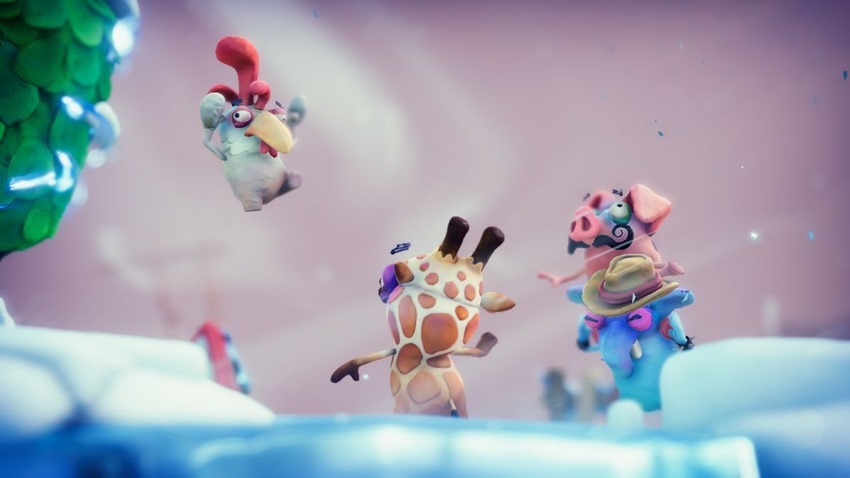 There are a few other games that very nearly starts being fun. I quite liked Chair riots, which is a bit like curling. It’s a turn-based game where players swipe to shoot their office chairs towards a bullseye, tapping to hop towards the centre, while attempting to push other players away from the goal. Hot Rod Heroes is a take on kart racing that has players choosing up and downgrades for other players carts between races – but with its simple single button racing, it’s a bit too simplistic. Thrust Issues is similar, only using rockets instead of cars with a bit of added verticality. 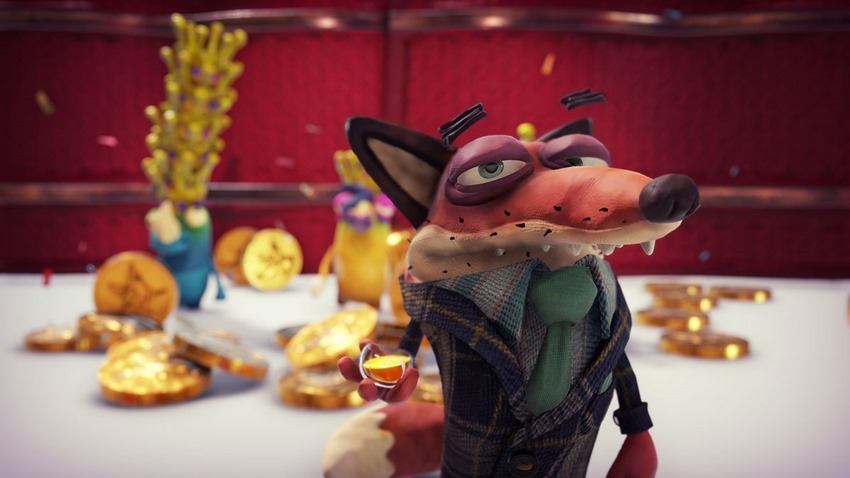 Parachuchu is a game of chicken that has players free-falling and bumping into each other, with the goal of opening your parachute at the last possible moment to be the one to land first.

They’re all controlled with your phone, some using the device’s gyros and accelerometers for tilt-based motion control. Others have you swiping on your device, and others still have you tapping on the screen. It’s a fantastic use of technology, but it’s just not very fun. 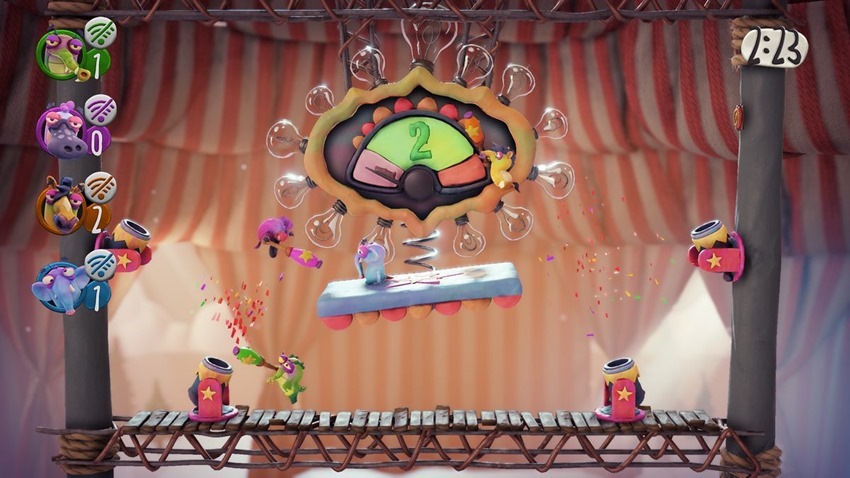 There’s a bit of increased variety to things as the wily Fox tries to spice things up. Some players might receive a secret mission from the Fox, where they may have to sabotage other players, or perform poorly themselves for a reward. On top of that, players aren’t just vying for crowns. There’s a second currency in play, and it’s wise to collect the coins that you’ll find dotted within the play areas of individual games.

Between these rounds, you may have the opportunity to bid on items that could give you a decent advantage. You could get offensive weapons to hamper opponents, or items to boost your own point tally. Sometimes, you might even be able to bid on crowns themselves, winning purely because you collected the most coins. That sort of thing, in my opinion, takes the joy out of any competition when you could just buy your way to victory. 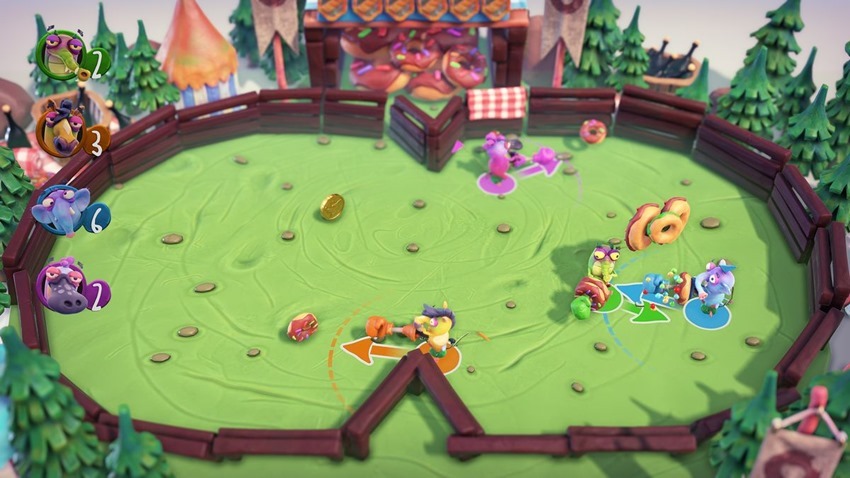 In fact, that’s the biggest problem with the game. None of it feels at all skill-based, with victory or defeat often down to luck. I get that it’s down to Frantics being designed to appeal to players of all skill levels, but it robs the game of the real joy of victory. Worse is that it’s part of what makes the game criminally boring, which is a sin for a party game.

It does, however, look very nice. The world and the twisted animals that inhabit it all look like wonderfully moulded Plasticine come to life. It also has AI-controlled players if you’re unable to gather a full party of friends, or if you’re a misanthrope who prefers parties of one.