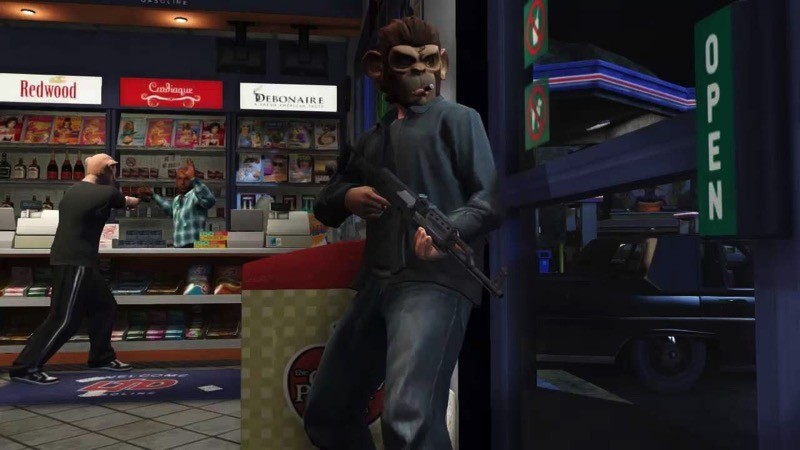 Grand Theft Auto IV was a tepid, pitiful port job on PC when it launched over half a year later than its console counterparts. Little was done to the game to spruce it up, the frame rate chugged along at a snail’s pace and there was generally nothing to rave about. Rockstar immediately approached things differently with Grand theft Auto V, taking an additional two and a bit years to finally bring Los Santos alive on the best hardware possible. Was the excruciating wait worth it all?

In a few words – GTA V is nothing, absolutely nothing, like its previous, disappointing effort. It’s immediately apparent from the moment you start the game up, navigate to the settings and start messing around. Despite being a port (and I use that term rather loosely in this entire review), GTA V has a suite of PC options that would make most other PC games blush. There is nothing left to desire here, with the absolute extreme on both ends of the hardware scales being catered for. Bring down the settings for a modest, but stable experience on cheaper hardware, or really turn things up for crisp, 4K goodness. No matter what setup you’ve got, there’s a configuration waiting for you to make the best of it (within a certain degree of reason of course). 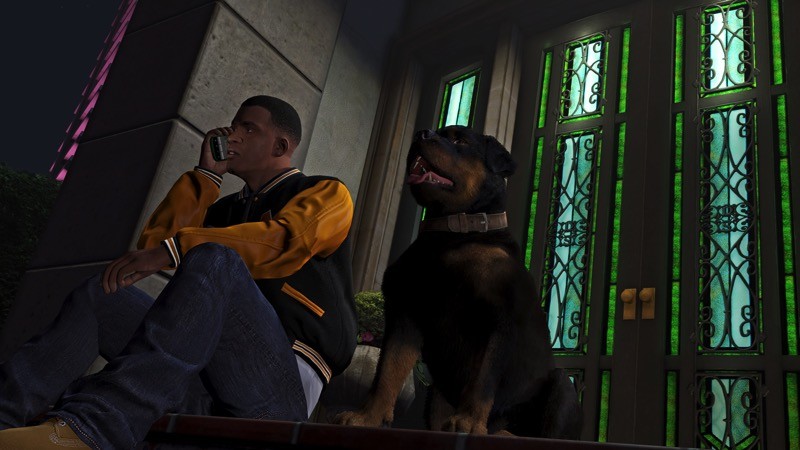 Not only that, but the game is fairly helpful in letting you know how far you can push things. For those who choose not to worry, GTA V offers a suggested limits toggle, which will prevent you from setting every slider to high if your system can’t handle it. Turn that off, and you’re offered a greater degree of control – aided by a memory meter which estimates how taxing your current configuration will be on your VRAM. Keeping things in the green usually yields a stable, 60FPS experience, although you’re free to push this however you want. It’s extremely useful to have, especially when some settings affect memory drastically in comparison to others.

Jumping straight into the game, and you’ll see the immaculate work that Rockstar has produced with this port put to good use. GTA V is absolutely breathtaking at some of the higher settings, which don’t require breaking the bank to achieve. Lighting is exquisite, especially in low-light and dripping wet scenarios. There’s almost no comparison when it comes to visual fidelity, and the painstaking effort Rockstar has put into every detail of Los Santos is an incredible achievement. This is the city at its most stunning, and the console versions of the game don’t really come close. 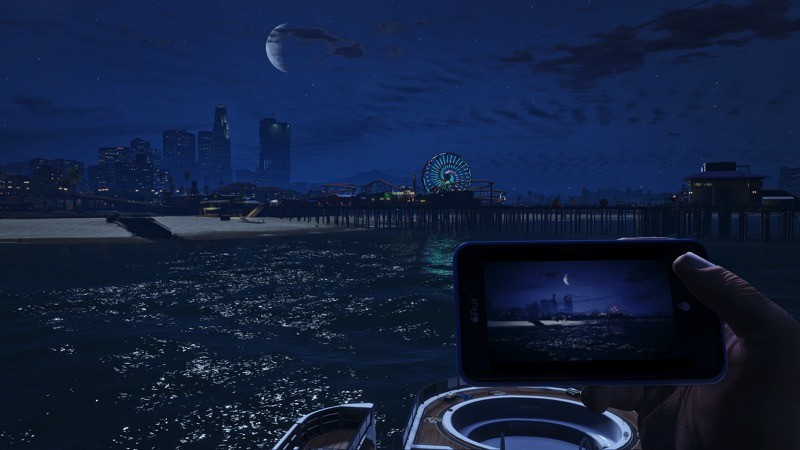 But it’s the frame rate that’s the absolute standout here, and I struggle to see how Rockstar will justify ever going back to 30FPS on any platform in future. Blazing through Los Santos in a sports car or taking out a gang hideout in glorious 60FPS (and higher) changes the game entirely, and adds a layer of fluidity that works hand in hand with the texture enhancements. Gameplay is buttery smooth with the right settings, and makes the console versions (even the newer, current-gen ports) look sickly in comparison. I don’t see myself able to enjoy at anything lower again, and it’s easy to say that it’s the best possible way to play arguably the best GTA title to date.

It, however, doesn’t come without some typical PC gripes. It took a few restarts to finally get the game running smoothly, ultimately coming down to some faulty settings. In my case, V-Sync was to blame, and it’s no secret that Rockstar is hard at work trying to squash as many bugs as possible. But as far as new PC releases go, Rockstar got things mostly right. I personally never encountered hard crashes, and since pinpointing my issues I haven’t had the game behave erratically since. Given the extremely long development time the title had, it’s rather relieving. 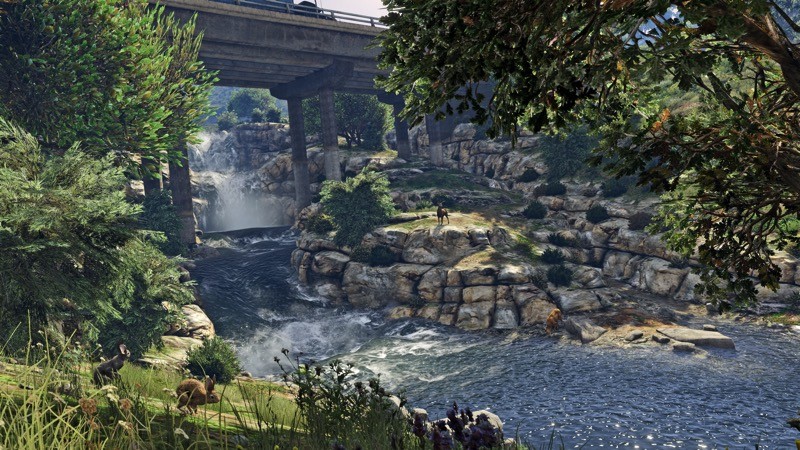 Controls are also incredibly well implemented, whether you choose to ditch the keyboard and mouse for a controller or not. Driving is still far superior on a gamepad (given the ability to lightly apply brakes and acceleration rather than binary on/off inputs), but the keyboard and mouse do make numerous improvements to the overall experience. In fact, GTA V often feels far too easy with this configuration, and it’s plain to see that enemy AI was created with the slower aiming of a controller in mind. Still, not having to button mash in order to sprint is an absolute delight, and performing moving drive-by shootings is never, ever going to be easier.

Better still is the fact that the game switches effortlessly between control schemes in real-time, meaning you can easily keep a controller nearby for easier driving at a moment’s notice. I often found myself using my mouse and keyboard for most actions, but switched to the controller as soon as I got behind the wheel. The game never struggles with this, and it’s probably the best way to play – whether you’re online or off. 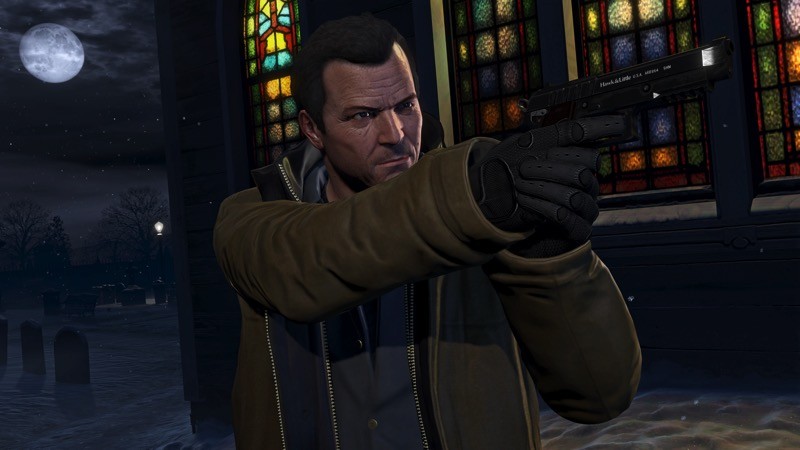 GTA V on PC also offers up a brand new, exclusive feature that will bring out the filmmaker in you. The Rockstar Editor brings video recording and editing to the title, allowing you to manually capture some footage and pick from a selection of cached, automatically filmed moments. Using the robust editor, you can cycle between action cameras, add some camera shake and really pick the best angles that you want viewers to see with a fully unlocked view giving you incredible control over your current scene. Director mode takes this a step further, allowing you to select the time of time, pick AI actors and create an entirely new scene altogether. It’s a powerful tool that takes a while to learn, but I look forward to the incredible work some savvy players are bound to create.

When you do decide to jump online, things start to get really fun. You’re able to import character data from console version if you wish, or start a fresh in a vertical slice of online Los Santos chaos. The experience is largely unchanged, including the recently added (and highly engrossing) Heists modes. GTA Online tries its best to pair you up with players using the same control scheme as you to keep things fair, and mostly gets this right if it can. Suffice to say – if you enjoyed the mode on console, it’s just as good here with all the visual enhancements of the single-player. 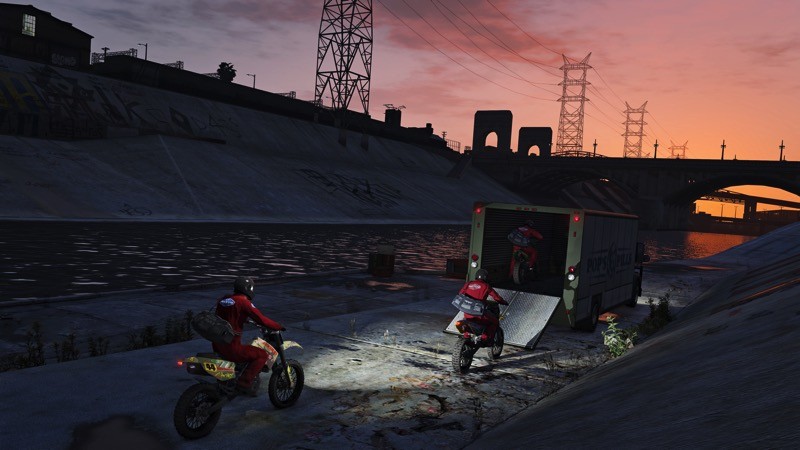 It is not without some truly puzzling and potentially deal-breaking issues though. Firstly, the game uses Rockstar’s Social Club to pair you up with friends and fire off match invites. So even if you have friends on Steam, you’re going to need to add them to a whole new social system to interact. Interaction – at least locally – is also rather poor. Lag is rampant online due to our distance from servers (and probable launch stress), and I frequently bounced back to previous positions during free-roam.

Things get a lot worse when you’re catching a ride in a car with a friend, as the game once or twice completely forgot I was traveling with them. In these cases, the car would come to a complete stop and force me to abandon it entirely – which messed up more than a few missions. At times GTA Online would even randomly migrate me to a different server mid-mission if I suffered a minor disconnect, which was infuriating given the difficulty of pairing up with friends in the first place. 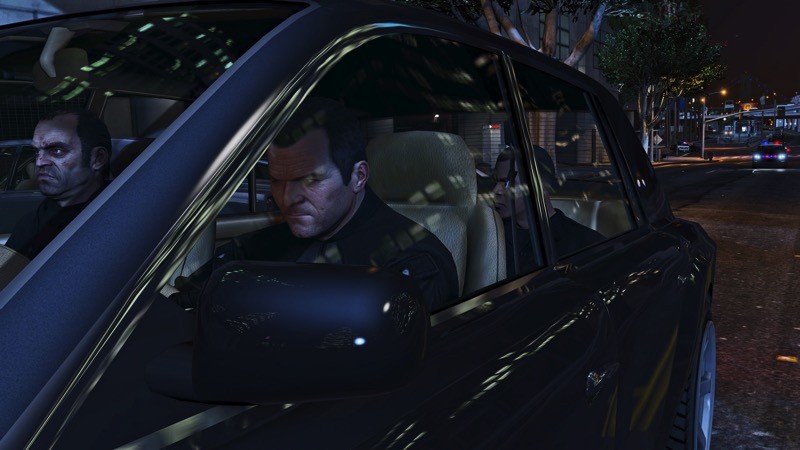 These woes are eased somewhat when participating in more closed activities, as the servers requires far less back and forth positional communication. Going skydiving, for example, was an absolute breeze, and one of my favourite moments of the entire online experience. The same could be said for standard deathmatches, raids and more. GTA Online suffers when you’re interacting with the massive part of its living online world, which is an utter shame really.

But if you manage to look past that (as it will probity improve very soon), or if you just paid the price of admission for the single-player, there really is no reason not to pick up Rockstar’s crowning epic. Grand Theft Auto V is the most complete, robust and impressive port I’ve ever seen, and it puts the competition around it to absolute shame. There is no better place to play this truly exemplary game, and Rockstar is going to find it hard to settle for anything less going forward.