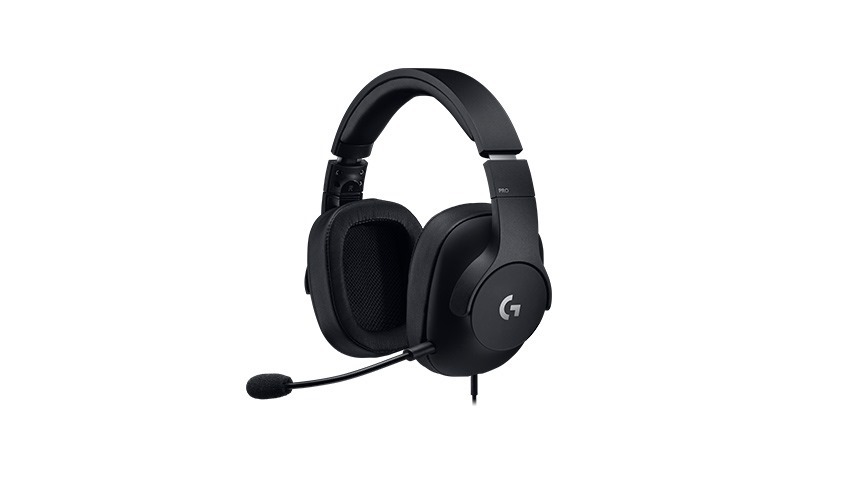 Logitech’s gone all-in on making a range of gaming peripherals and accessories for the pro-gamer, esports crowd. There are mouses, keyboards and headsets bearing the G Pro banner, showing that they’re made for those with competition on their mind. Usually, when things are designed for competitive gamers, they tend to have hard, almost alien edges and enough RGB lighting to trigger epilepsy warnings.

You’ll not find that on the Logitech G Pro gaming headset. It’s got an understated, sleek design that blends smooth curves and angles with an all-black, matte finish. The headband itself is robust nylon shell with a soft inner padding, supported by a lightly indented, stainless-steel band. The cups are rectangular, padded with a faux leather and an internal cloth mesh. It really looks quitter nice and professional, without the gaudy trimmings that make up the back-of-the-box-bullet-points on many other gamer-focused cans. 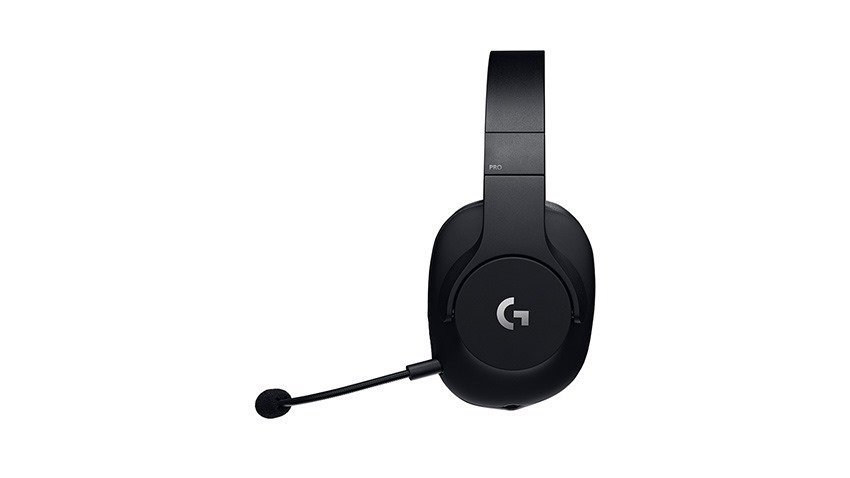 The cups are large and roomy, with more than enough space for my mid-sized pinnae. I don’t imagine even those with larger ears would have a problem. They’re certainly comfortable enough for extended sessions, and the box even includes a pair of fabric covers if you’re worried the leatherette ones will lead to sweating. The cups are held in place by a C-shaped arm that swivel with about 100 degrees of motion. It means you can have the cups flat against your chest when they’re hanging around your neck, but it also feels like a little too much pressure and they could break.

The left cup has two 3.5mm ports; one for the audio cable, and the other to plug in the included, bendable microphone. The included cables are nice braided, with the primary 4 pole cable split by an inline volume controller and microphone mute toggle. The controls are a bit too high up the cable for my liking, and I’d have preferred the controls to be on the cup like most headsets have them. There’s also an included splitter for those whose sound cards still use separate plugs for audio out and microphone input. Thanks to the standard 4 pole 3.5mm jack though, the G Pro will work just fine on PC, consoles and mobiles.

As far as the headset itself, that’s really about it. There is, mercifully, no RGB lighting, no USB connections and no virtual surround sound toggles (though, like just about every headset on the planet, it’ll work just fine with Windows sonic and Dolby Atmos for headphones). While some may admonish this omission, I think good stereo offers better positional audio than faux surround. 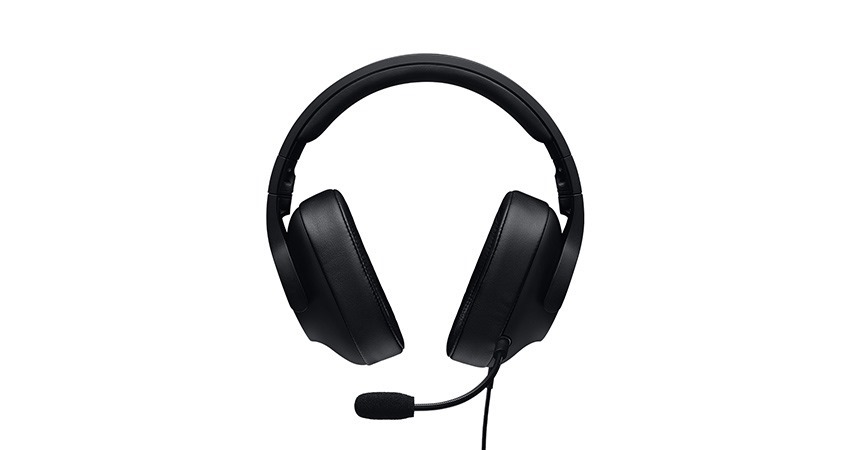 The cups are driven by Logitech’s own Pro G drivers, with now standard Neodymium magnets. They sound pretty good for their purpose. Because they’re made for gaming – and pro gaming in particular – they’re closed back with damned good sound isolation. Sound itself is good, tuned for the lower and higher ends of the spectrum. It means that the bass packs a sizeable – perhaps overwhelming – punch, while the higher end has a decent ping to it. The middle range is a little disappointingly flat though, which means that movies, music and narrative-driven single player games don’t shine as they should. It does get pretty loud, so if your gaming is focused on shooting and explosions, you’ll probably be happy with the Pro G. 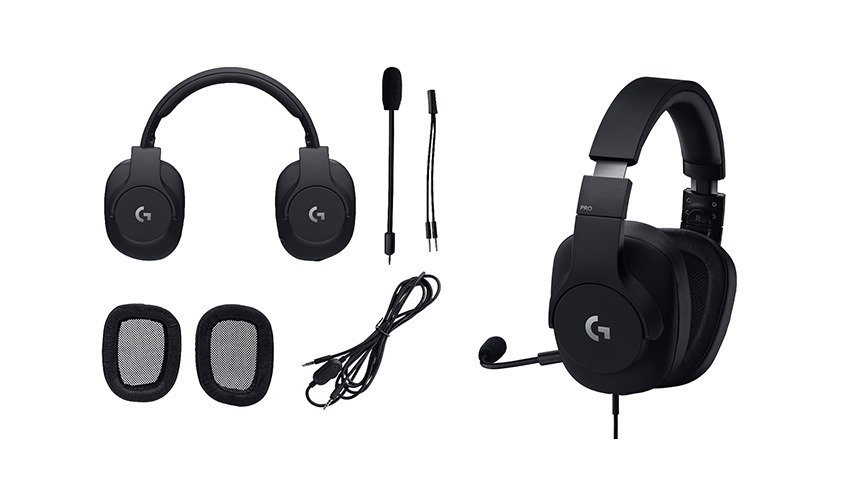 Because it’s a straight-up analogue set, there’s no intrinsic software support or control through Logitech’s Game Software, so there’s no fine EQ tuning. For most people that shouldn’t be a problem though. The included microphone is entirely ok. While it’s a unidirectional cardioid mic that Logitech claims is noise-cancelling, I found it a little on the fuzzy side. It’s perfectly adequate for gaming, but you’ll probably want to use something else for streaming or podcasting.

The Pro G Headset is well-made, quality headset that’s a little too singularly focused. While competitive gamers may appreciate its punchy bass and crisp highs, the mid-range performance is just adequate. Of course, preference for that sort of tuning is entirely subjective. For multiplayer gaming, it’s definitely a good set, but comes up against strong competition in sets like the SteelSeries Arctis 3 and its better microphone, and the better all-rounder in the Kingston HyperX Cloud II or Cloud Alphas. It may even be worth looking at Logitech’s own G433.