There’s a fine line between genius and insanity, the clichéd old adage reminds us – and Hideo Kojima straddles that line. I’m not entirely certain which side he’s leaning most towards. His narratives are often a convoluted, jumbled cacophony, backed up by ground-breaking, revolutionary gameplay. His latest release, Metal Gear Solid: Ground Zeroes continues to confound.

Firstly, we’ll address the rather large elephant in the room, though it’s easy to miss because it’s hidden under an even larger cardboard box. Yes, you could easily make your way through Ground Zeroes’ main mission in two hours. Terrible at stealth as I am, it was just over 120 minutes from the time I put the disc in to watching the credits roll. It’s really just one mission, bookended with lengthy cut-scenes. 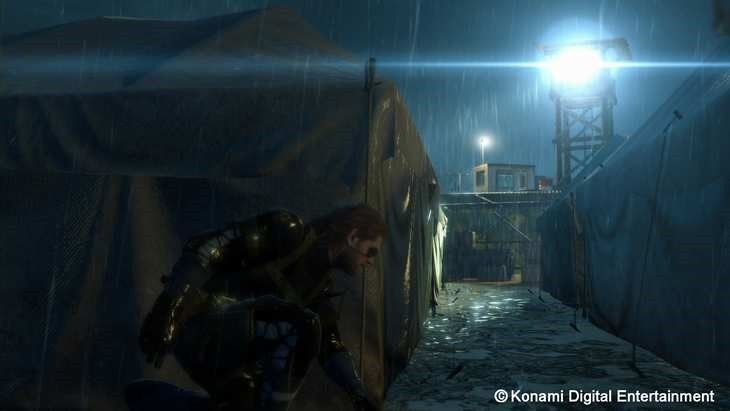 That main mission, the eponymous Ground Zeroes, takes place in the mid 1970’s, a short while after the events of Metal Gear Solid: Peace Walker. It follows sneaky espionage master Naked Snake, or Big Boss if you prefer as he makes his way through a US naval base prison buried in the Cuban mountainside as he sets out to free double agent Paz Ortega Andrade and her foiled rescuer Chico from their respective prison cells.

The entirety of the game (or prologue) takes place within that prison, Camp Omega, offering a large, more open ended world for our stealthy hero to sneak about, and it’s a change that works exceptionally well for the Metal Gear series. From the onset, the entirety of the camp is available for you to prowl through under cover of the darkness. beyond the greater scope, gameplay is very much the sort of thing you’d expect from Metal Gear – though there are now so many different ways of tackling the same mission. With a wealth of different paths and options, this is where Ground Zeroes’ value lies. MGS fans will be delighted to replay the mission using different tactics, points of entry and weaponry in pursuit of the ever elusive “S” ranking. 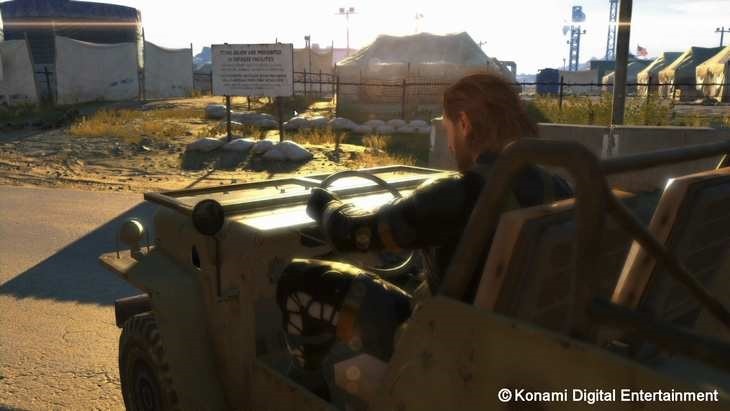 It’s more accessible than Metal Gear’s ever been. When you’re seen by an enemy soldier, a bullet-time-like slowdown focus occurs, giving you a brief moment to dispose of your foe before he sounds an alarm.

Playing through the main mission unlocks a handful of pseudo-historical Side Ops missions – each taking under an hour to complete.  They’re generally of the rather basic sort; find and kill these two guys, find this cassette tape or destroy a cluster of anti-air guns and all of them take place in the same prison camp.  Interestingly, they offer a different  take by forcing you to sneak your way through the camp during different times of the day, showcasing Kojima’s Fox engine. 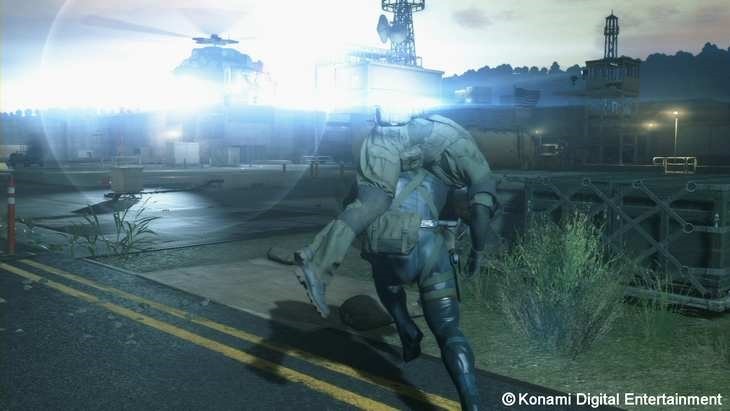 In the end, yes – it really is just a demo, a small taste of what you’ll be getting in Phantom Pain when it comes out. Thing is this mere morsel, a canapé of a game, is rather delicious and it’s not at all difficult to become rather excited for what the future of Metal Gear Solid holds. There’s just something immensely satisfying about surveying your targets, sneaking up behind them and getting information out of them before savagely stabbing them in the heart. Or just pacifying them, if you’re not a psychopath.  Even better is when the helpful guiding voice tells you that “This is a stealth mission. Go in silently” and you ignore that advice, jumping in the first tank you see and blowing everything up. 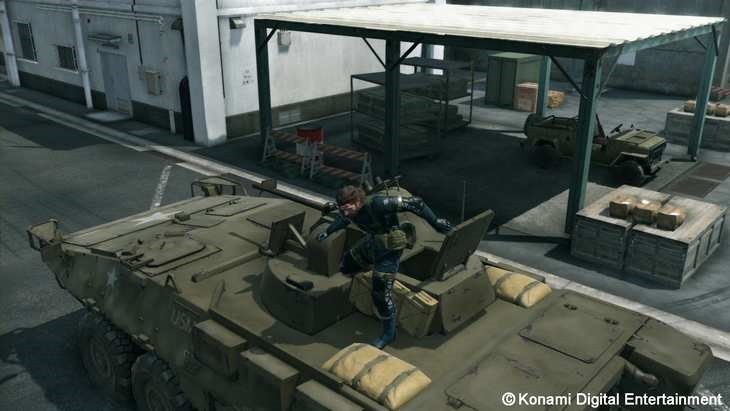 And to boot, the whole experience is gorgeous. Though it makes a few textural concessions in getting the game running on the old systems, on the PlayStation 4 it’s beautiful, with a lighting engine that produces some of the best translucency you’ll see.

Yes, it’s lacking in content and comes off as a cash-grab and in many ways it is, taking Polyphony Digital’s example by releasing a paid-for demo. But in a price vacuum where fiscal considerations don’t exist, Ground Zeroes, despite its brevity, is a fantastic experience that will send adherents of the church of Kojima in to a frenzy.