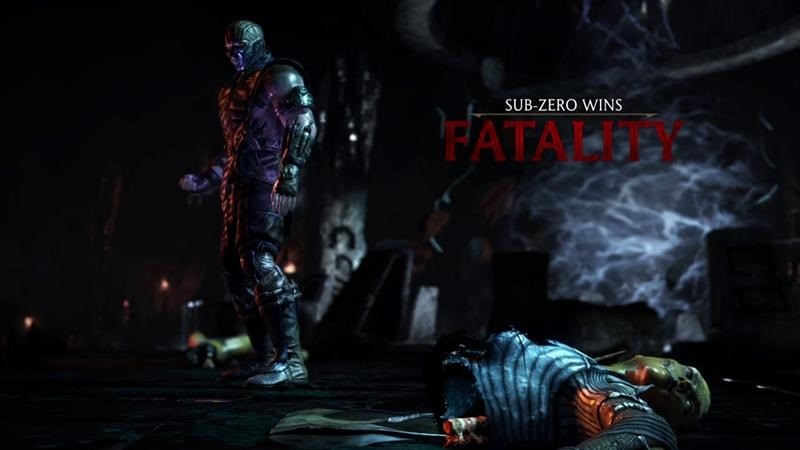 It’s been over two decades since Mortal Kombat made a debut in arcades. Twenty two years of horrific dismemberment, gore and blood pumping out of of arcades and home consoles in a franchise that began to lose momentum along the way. 2011 however, gave birth to one of the finest Mortal Kombat games ever made, a reboot that set a new path for the series and its Earthrealm kombatants. Mortal Kombat X marks the evolution of that style, as the return of the king makes way for a new era in gratuitous violence and competition. 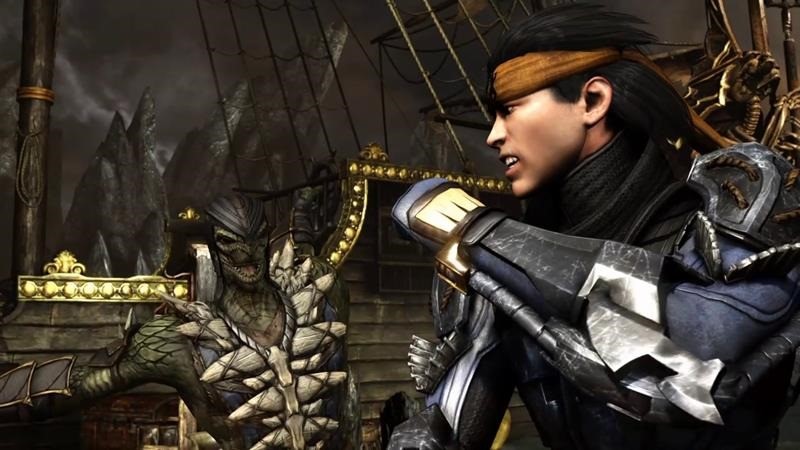 Picking up shortly after the events of Mortal Kombat, Mortal Kombat X has players take part in a story that spans twenty-five years. From a NetherRealm invasion by Quan Chi and his master, the fallen Elder God Shinnok, to the rise of a new Outworld power and the building of a brand new Mortal Kombat lore, the story will take players around five to six hours to finish.

Newcomers may find themselves in a little over their heads with the revolving door of characters, but its a storyline that is worth playing through, something that few fighting games can boast about these days. Coupled with a handful of interactive quick-time events, and while the overall plot may not be as epic as the time-altering events of the previous Mortal Kombat, it does make up for that lack of scale with more nuanced performances and heart. 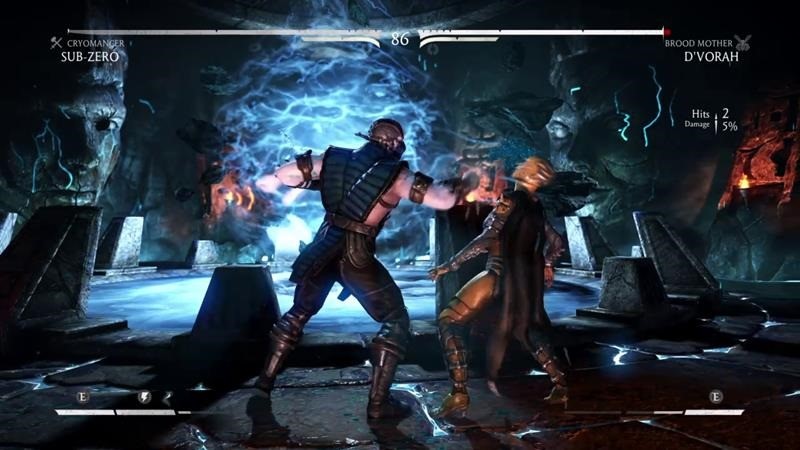 The real meat of the game comes from the fighting system. Similar to their previous work in Injustice: Gods Among Us, this is a Mortal Kombat that feels tighter, more polished and focused on the growing eSports scene. With 24 characters to choose from at launch, players have plenty of options when it comes to finding a favourite character with which to rip throats and dispense brutal dismemberments with. Cult klassics kombatants such as Johnny Cage, Raiden, Sub-Zero and Scorpion all make a return, while a new generation of fighters also appear and happen to be ready to lead the franchise into the future. 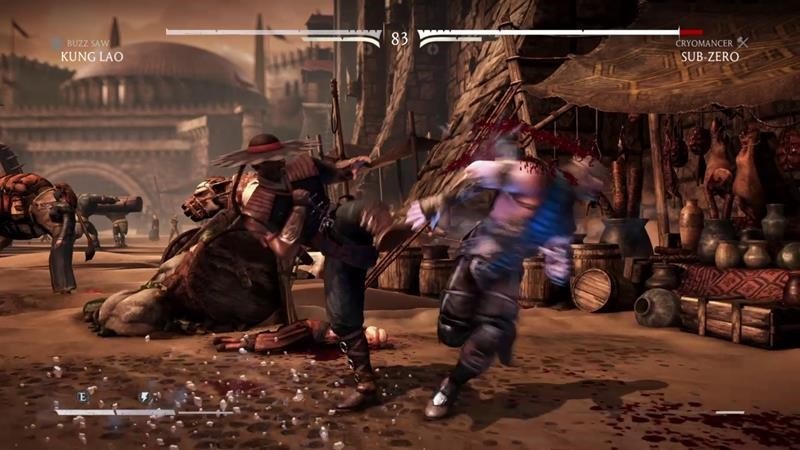 The key difference here however, comes in the form of variations. Every character has access to a trio of them, such as Kano’s Cutthroat, Commando or Cybernetic variations which allow him to focus on specific strengths. While each variation isn’t a drastic departure with pages of new moves to master, they are designed in a manner that makes each character feel far more unique and worth studying in order to create a more varied approach to duking it out. There’s a massive sense of balance that needs to be adhered to here, in order to come out on top and find a character that you’d feel comfortable playing as. 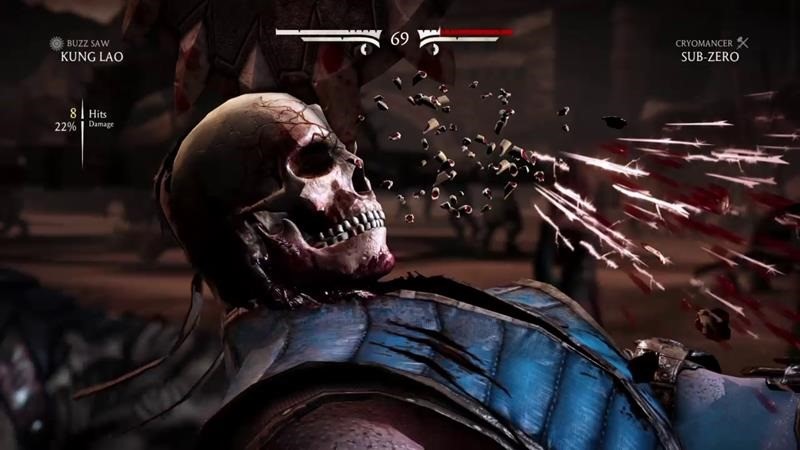 And that all comes into play with the tried and tested Mortal Kombat gameplay. Mortal Kombat X feels faster and more agile, with elements of Injustice creeping in and making stages more interactive, Players can toss vases or little old ladies, grab a branch from a tree and swing for a six or rebound off of walls in order to avoid being cornered and having cheap shots rain down on you. There’s still an immense sense of timing needed, as keeping an eye out on openings or knowing when to launch certain attacks will seal the deal on victory. 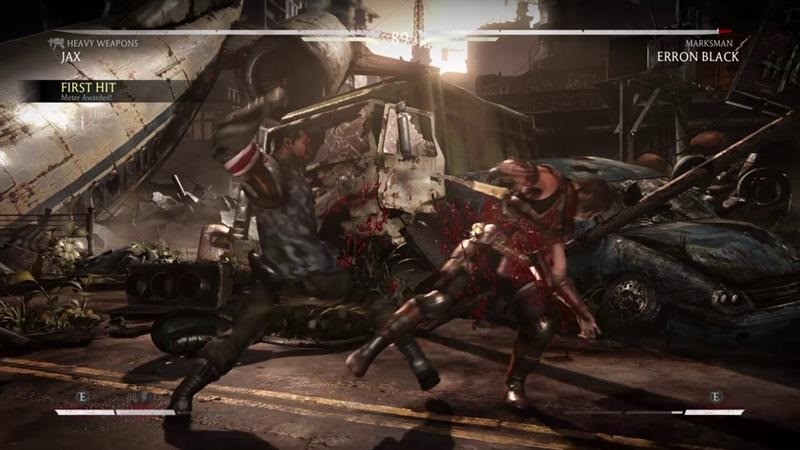 Mortal Kombat X also sees the return of  power bars and X-Ray Attacks. The energy bars fill up as players take and dish out damage, allowing for special moves to be augmented or combos to be broken. Horrifically realistic X-Ray moves can still be performed, dishing out 30%+ amounts of damage if performed correctly, although once again timing plays a crucial role here when players have but a mere window of time to avoid or block such punishing attacks. 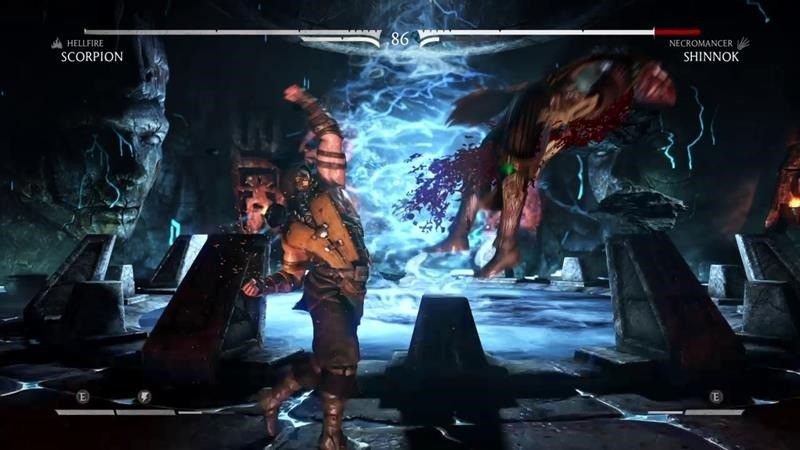 Fatalities are as you’d expect, stomach-churning spectacles of violence that’d put a snuff film to shame, as each character has access to a pair of finishing moves that range from the humourous to the downright revolting. Brutalities have also been thrown into the mix, although performing them requires fulfilling certain match obligations in order to finish a match with an instant kill.

When it’s all combined together into one fluid system, Mortal Kombat X’s gameplay still stands out. Fighting is about more than just mashing buttons, and knowing not only your character but your environment itself will pay off, as will keeping an eye on your energy bars and knowing when to perform certain attacks. 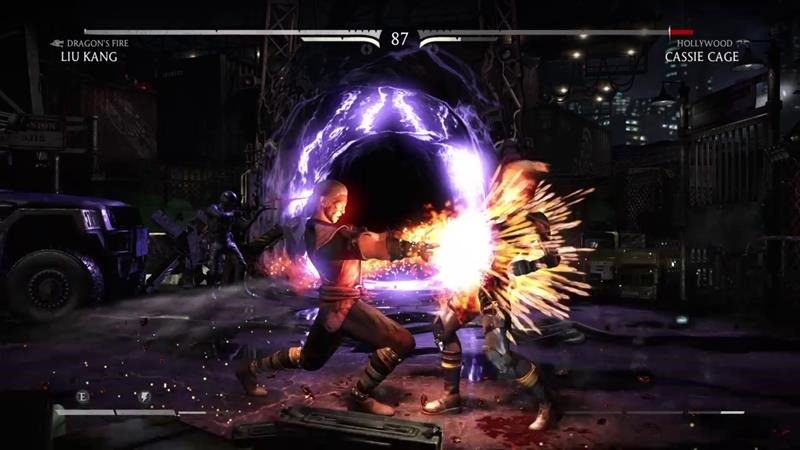 Beyond the story mode, Mortal Kombat X features its trademark Towers. Classic Towers pit you against ten random opponents and pay off with a unique cut-scene ending for your chosen brawler, while Test Your Luck Towers throw a number of buffs and match modifiers which can either positively or negatively impact on a match. Test Your Might also makes a return, giving button-mashers the chance to work their way through several challenges with a Mortal Kombat twist. 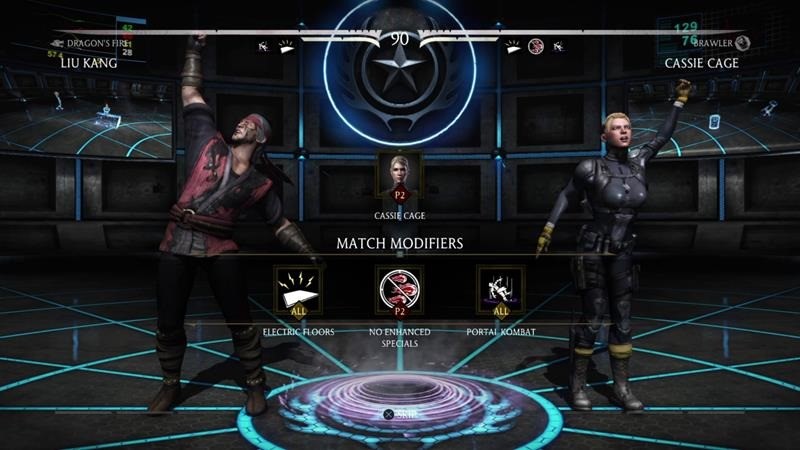 Living Towers are the newest addition to this mode. A replacement to Mortal Kombat 9’s Tower Challenge mode that saw players work their way through 300 different obstacles and matches. This time, the variations come in hourly, daily and weekly options, with each tower changing and updating with new goals and stipulations. The key payoff to all of these diversions, comes in the form of koins for the Krypt. 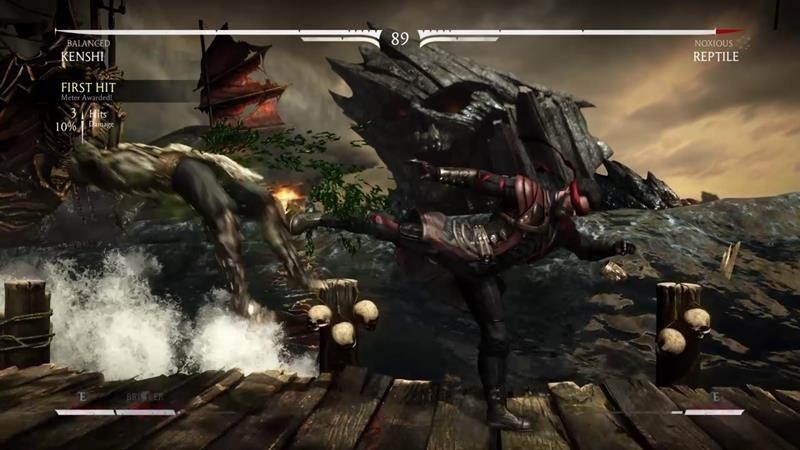 Similar to Mortal Kombat 9’s Krypt, players can once again unlock all manner of content, from concept art to new fatalities and brutalities. What has changed however, is that the mode now resembles an old-school dungeon-crawler , requiring certain items to be discovered and utilised before new areas unlock. There’s a couple of jump scares thrown in as well, which reward players with extra currency if they successfully manage to not scream their lungs broken and actually regain their senses and QTE back in time.

Online play is another matter however. While inviting friends, challenging them to private matches and taking part in the other modes is easy enough and almost lag-free – locally at least –  going international with a challenge is another matter entirely. So don’t expect to be able to challenge a random person in the UK without some problems, as match disconnects are occur far too often. A new Kombat Kard also adds a touch more to your personal offensive, with your choice of decorations giving players certain rewards such as extra koins or extra XP, provided certain conditions are met. 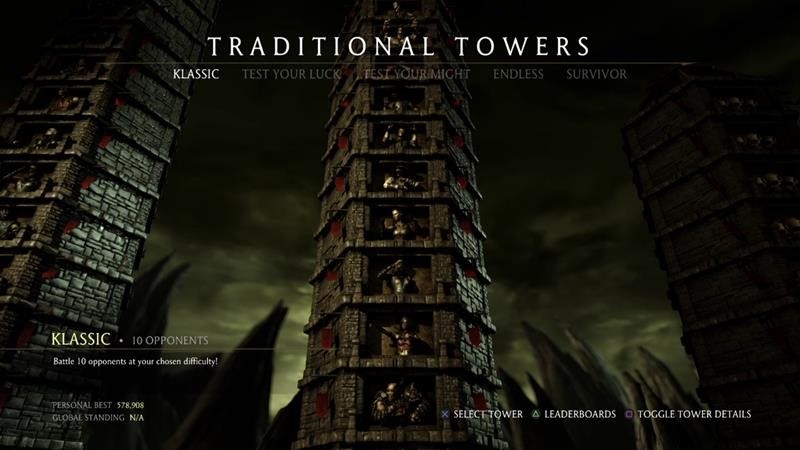 Faction Wars now also form a new part of the online experience. Weekly challenges will have players taking down boss characters  or other such challenges, as players choose a faction such as Raiden’s White Lotus or Quan Chi’s Brotherhood of Shadow to contribute points to a war effort that continually tracks your efforts and wins. 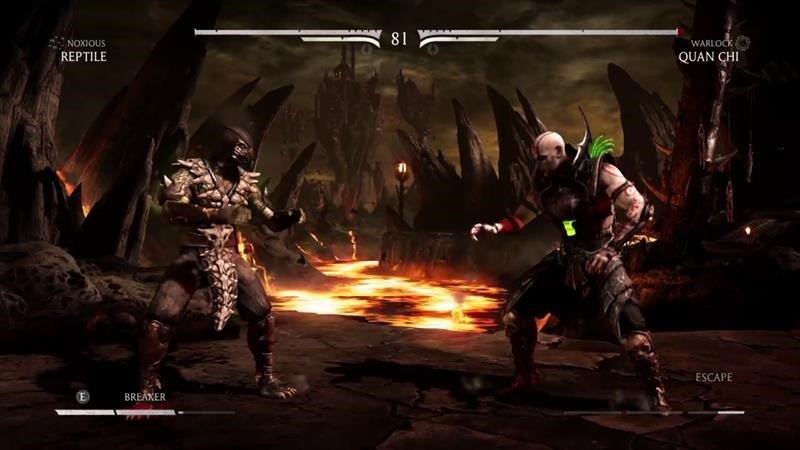 Visually, Mortal Kombat X is a stunner. The three year gap in games and hardware have paid off, with kombatants oozing realistically violent charm and gore. X-Ray attacks look too painful, projectiles spark and rebound when thrown, stages look stunning and the kung-fu duels that unfold before you boast an impressive frame-rate that never stutters or pauses and allows for a lag-free performance. 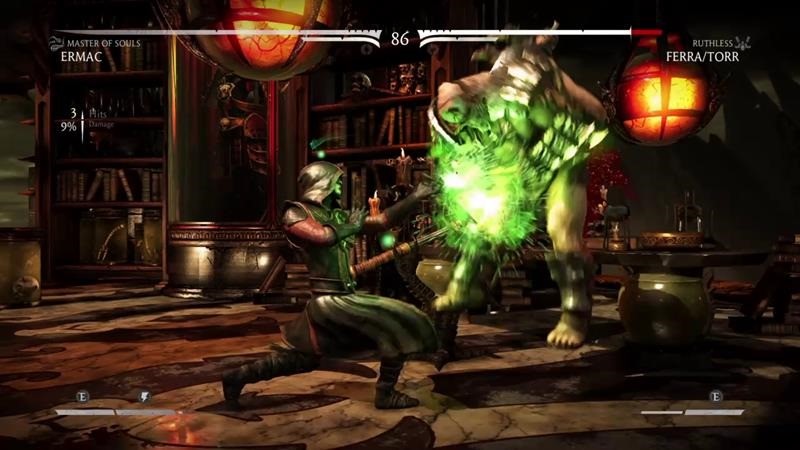 What does slightly tarnish the Mortal Kombat brand however, is the inclusion of micro-transactions. Wholly unnecessary, these options allow for quick and easy fatalities to be bought outside of earning them in the Krypt, although they offer no real competitive advantage whatsoever. Still, when it comes to brutal and unrelenting carnage, no other game can top Mortal Kombat and the full package does a fine job in creating one of the premier fighting games of 2015 and possibly beyond.