Video Games sure have come a long way. At one point in time Lara Croft’s fully clenched block of a fist was considered the pinnacle of 3D graphics. Now, not even Crysis is realistic enough, but alas, that is the natural evolution of technology. 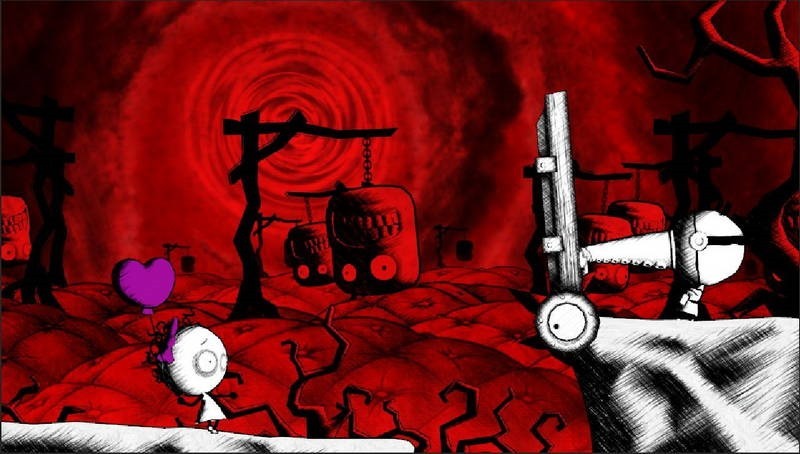 However, every so often a game comes along that transcends technical limitations to deliver an experience that one can only describe as pure art. While the purpose of this review is not to incite age old debates, there is no denying that video games provide a level of expression and immersion that few other mediums can achieve. Murasaki Baby is an example of one such piece of art.

Murasaki Baby comes from the mind of Massimo Guarini, the man who gave us Shadows of the Damned. Massimo recently opened up his own studio called Ovosonico and this game was announced as their first title. I was immediately intrigued by this game, knowing Massimo would be directing it as Shadows of the Damned had a very distinct and unique style and I was excited to see what more he could deliver. 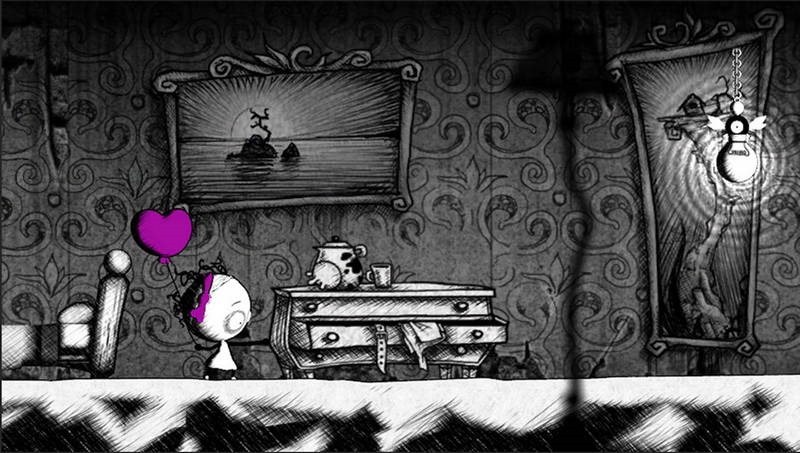 Murasaki Baby follows the journey of a lost little girl through nightmarish environments trying to find her mother. There is not much else really in the way of an overall plot and the story could be considered quite abstract, leaving a lot of its plot open to interpretation by the player. Players might be asking who this girl is or why is she in this disturbing world, but none of those questions matter really. All you know is, there is a little girl that needs your help, and it’s up to you to help her find her mother. The plot in itself is but a means to an end. The highlight of this game is the emotional connection that you as a player, form with this little girl.

The subtle nuances of the girl’s demeanour and expression perfectly complement the ambience and mood of her disturbing surroundings. You feel as though this little animated person is truly alive and you can’t help but feel paternal towards her. The mechanics do well to accentuate this feeling by relying almost solely on the touch-screen, back touch-pad and built-in gyroscope as a means of interacting with the game. 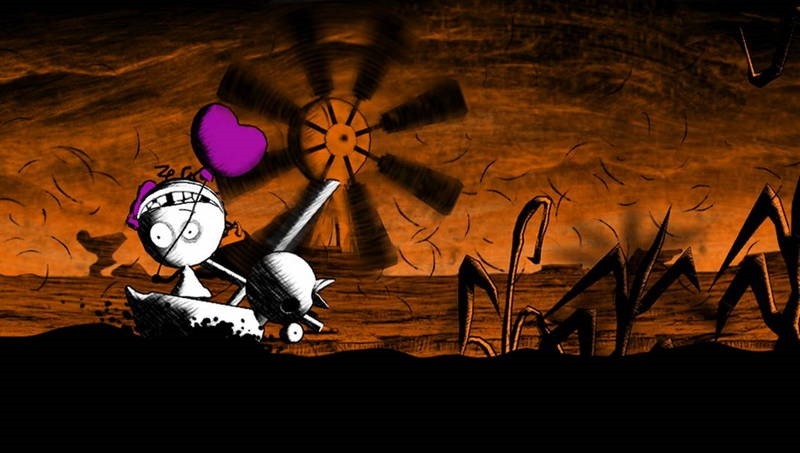 You move the girl around by grabbing her hand and pulling her along via the front touch screen. At first this doesn’t really seem like anything special but after playing for a while you realize that you’re not simply controlling a character, you’re guiding her, holding her hand through this nightmare and it really enforces this feeling that you have a responsibility to see this through to the end. You have to be sure to handle her with care as well, yank her hand too fast and she’ll trip and fall. This happened a few times to me as well and I felt really bad when it happened. All these subtle little details like when you initially grab her hand to move she lets out a tiny little laugh, really adds to the experience and immersion, making it easier to connect with the game.

Throughout the various levels you’ll encounter a number of puzzles to solve that uses the vita in some novel ways. Using the back touch-pad you’re able to swipe left and right to change the background. This isn’t purely for aesthetics purposes though; each background has a unique feature that is activated by tapping the back touch-pad which is used in some way to solve a particular puzzle. The backgrounds affect the girl’s emotional state as well. One background is particularly eerie and when tapped, huge jack-in-the-boxes pop up and scare the enemies off but this scares the girl too, so you have to be careful how and when you use the background features. 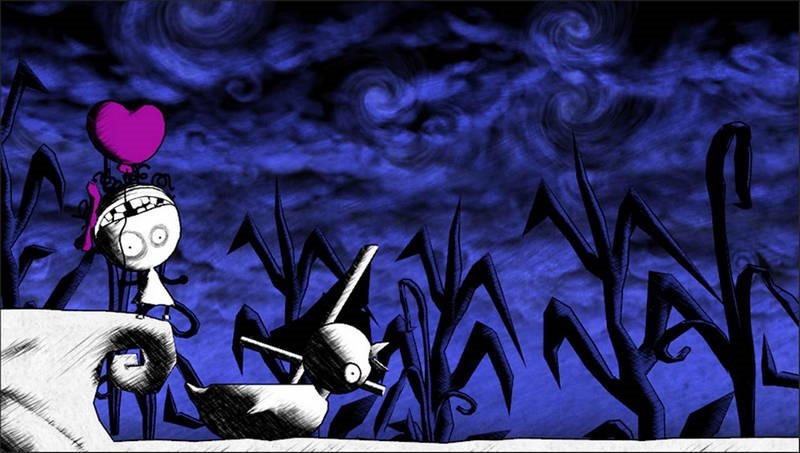 The girl carries around a balloon which acts as an extension of her life and there’ll be numerous enemies and environmental hazards that could potentially pop the balloon as well, so along with moving the girl, you have to make sure you keep the balloon out of harm’s way as well by using the front touch-screen. It got a bit awkward at times to move the girl with one hand and still move the balloon with the other when the situation called for it. This lead to some interesting ways in which I had to hold the Vita, luckily it doesn’t do too much to detract from the overall experience once you get the hang of it.

Each level has a particular NPC that hinders the girl’s progression through the levels. But they’re not simply disposable enemies. Each level is actually designed around each of these NPC’s and they each have a simple and touching story that I felt was told brilliantly in the game. You get to see glimpses into their troubled lives and you can’t help but feel for these little creatures. I don’t want to delve too much into this aspect of the game as I would like you, as the player, to experience it for yourself. 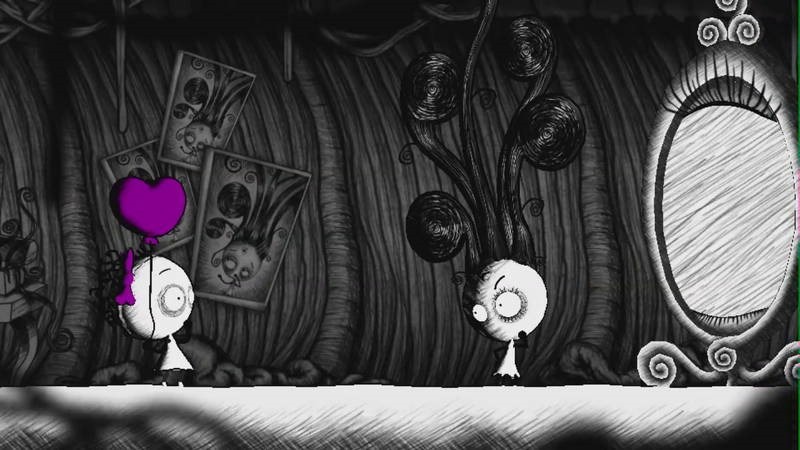 The presentation of this game is absolutely outstanding and the music is perfect. I have to applaud them for creating something so disturbingly beautiful. The weird presentation might be too outlandish for some, but I felt that this type of unique aesthetics is what sets this game apart from the rest. I highly suggest playing this game with a good pair of headphones for maximum immersion.

I personally ended up falling completely in love with this game and while it is a bit on the short side (4-5 hours to complete), it’s been such a long time since I felt this connected to a fictional character.