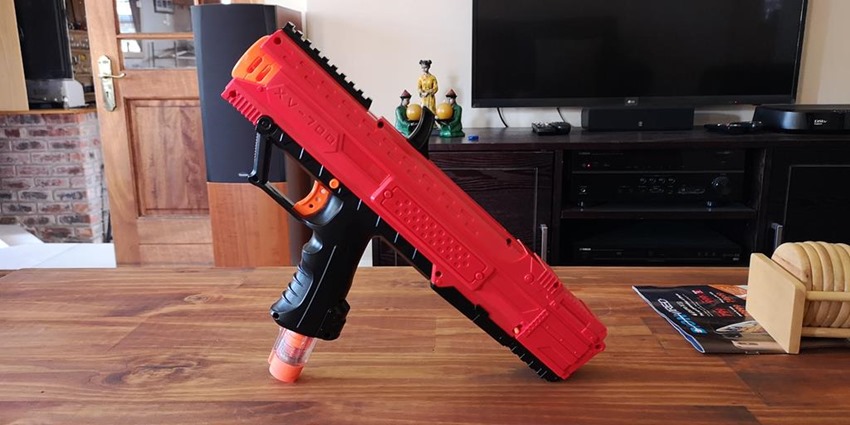 Quick, name the greatest sport on the planet! Answer: You’re already wrong, because it’s not Formula One or that other activity where burly fellas toss a big egg-shaped ball to each other: It’s NERF war. If you’ve never taken part in a NERF war, you’ve missed out on some fun. A wholesome activity that allows players to unleash their inner foam marksman skills on each other in a mostly safe activity (Wear a mask and protect those peepers!), NERF Wars are essentially a cheaper form of paintball minus the ruined clothes and that one jerk who always shoots you in the nipples. 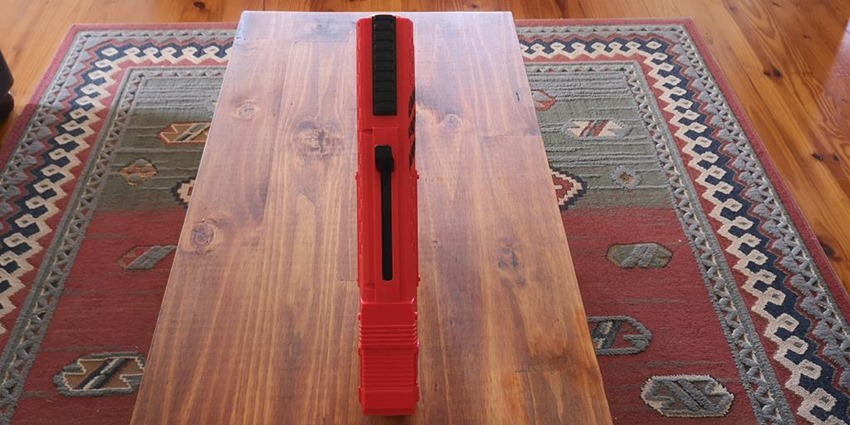 There’s no shortage of NERF guns to obtain either, making each event something that is wholly unique to the player. Which NERF gun is best for you? That depends, as tastes may vary. Here’s one NERF rifle to have a look at though: The NERF Rival Apollo XV-700, which ditches darts for more potent sponge balls instead. On the surface, it’s a beastly device. 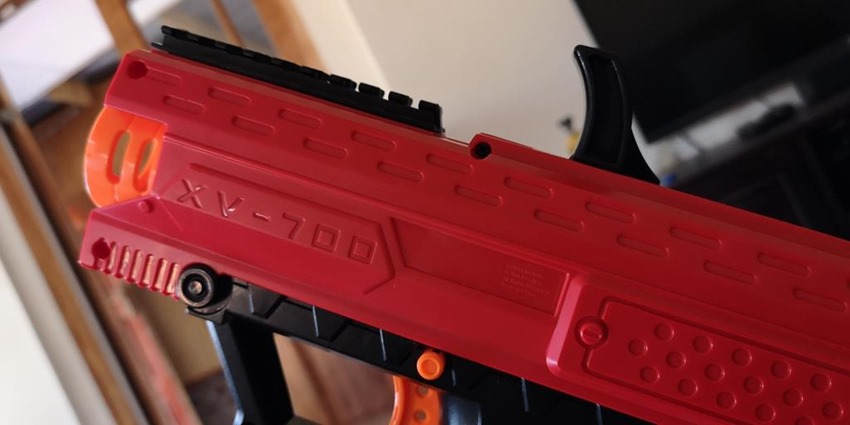 A large shoulder stock with a short barrel, the NERF Rival isn’t your typical blaster. Instead, NERF has made something that is far more competitive than the usual foam-dart gun, a device that uses foam balls for ammo and can fire a round not only across a decent stretch of ground but also at a blisteringly quick speed. A large handle makes it sit comfortably as well in any type of hand, from burly regular sized appendages to embarrassingly slender hands (Hello!). 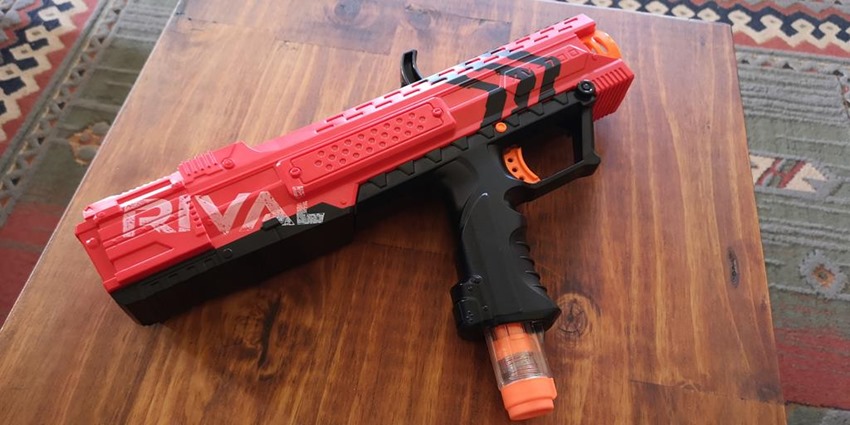 While I don’t have an accelerometer to see if NERF’s claims about the Rival being capable of shooting balls at a rate of up to 70 MPH is actually true, a cursory glance with the naked eye tells me that when the trigger is pulled, the small foam ball that gets ejected from the gun is bloody quick. Strangely enough, the Rival is also a safe product. 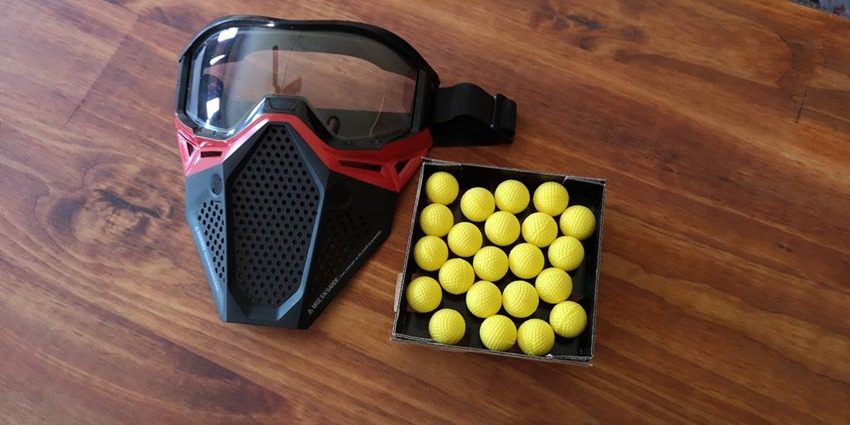 In the interest of SCIENCE, I decided to position the gun about 30cm over my strangely hairy feet that I still receive copyright infringement letters from New Line Cinema over as they’re convinced that I stole them from the set of The Hobbit, and I fired away. I wouldn’t even classify that as a love tap, as the light projectiles make for soft impact. I’d still wear a protective mask if I decided to get into a NERF war however, something that parent company Hasbro offers plenty of with officially licensed gear that is designed to give you maximum vision and maximum defense. 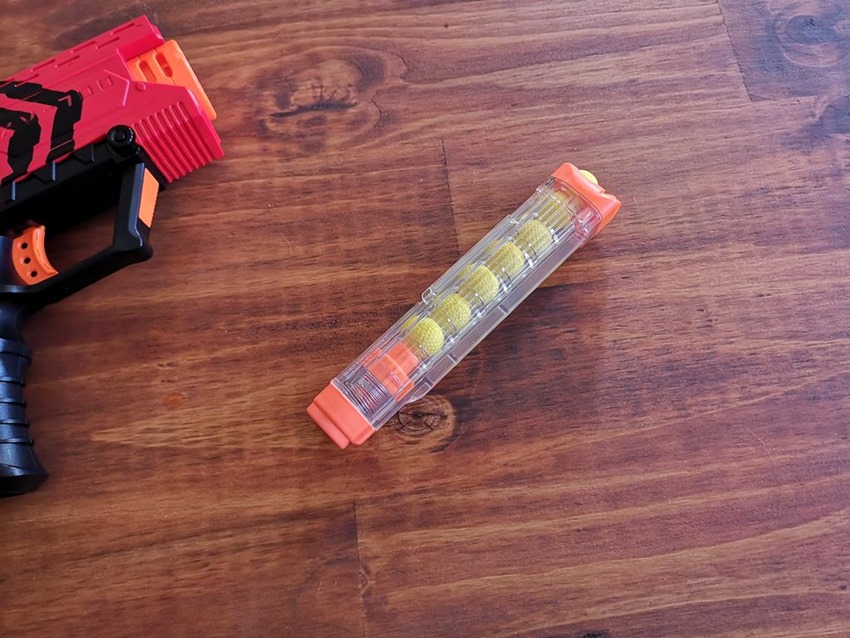 As for the loading mechanism, it’s easy enough. Each magazine can fit seven balls inside of them, with loading being pretty simple. Either clip ‘em in the old fashioned way, or put some balls on the table and smash them into the chamber with a quick hammer mation. Guess which system I opted for, go on. Once loaded, all you have to is pull the loading mechanism back and push it forward back into place. 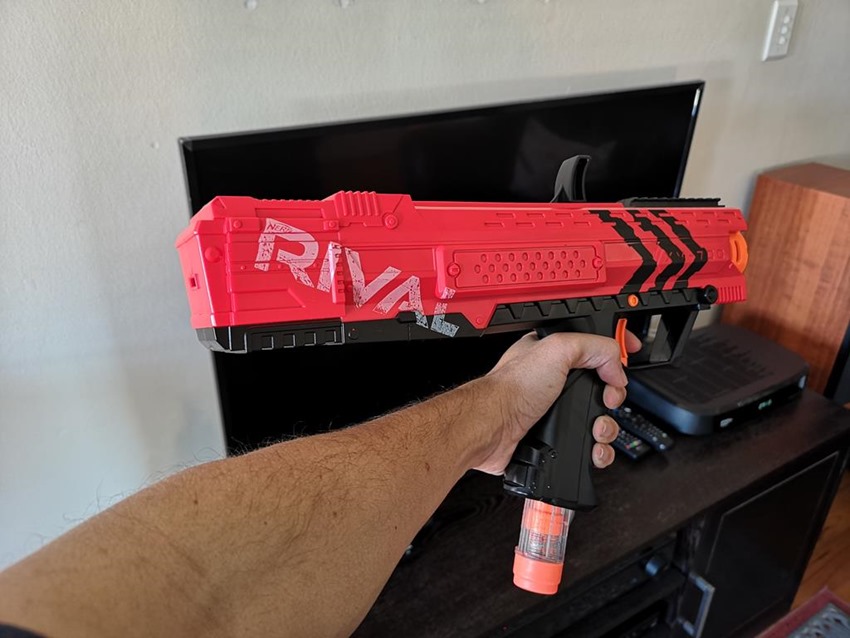 Click clack, that’s the sound of music baby. Even better, the Rival has rails built into its plastic design, that will allow players to add on a few optional extras should the fancy strike them, so you can accurately fire off some rounds. If there’s one drawback to the Rival, I’d say that it is a bit of a loud gun, with each shot leaving my ears ringing somewhat.

Other than that, it’s a brilliant toy. It’s mostly safe, it has amazing range and your opponents won’t even realise that they’ve been eliminated should you ever find yourself in a showdown. The NERF Rival a solid piece of plastic fun, looks great on the mantle and you’ll have a heck of an advantage in competitive NERF battles once you learn to master it.

Now I’ve only got one question for you: Do you feel lucky…punk?