Home Gaming Pixel Boy and the Ever Expanding Dungeon Review

Bullet hell games are addictive and frustrating for the same reasons. Usually you’re pitted against numerous enemies, given little chance to survive and learn through dying. A lot. Pixel Boy and the Ever Expanding Dungeon tries to channel this and create a captivating experience, but a few design choice leave it a bit out of focus. 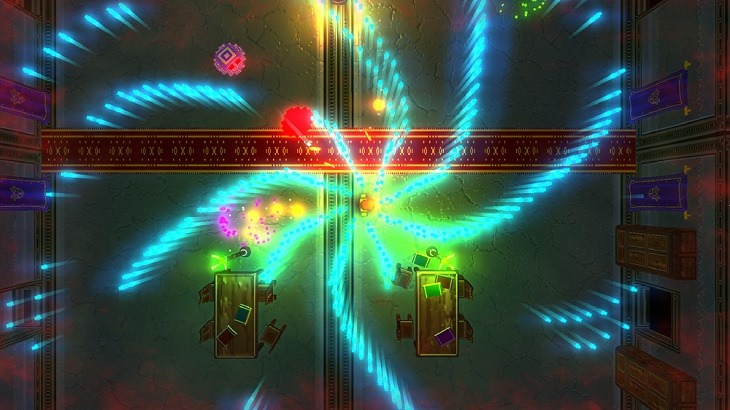 Pixel Boy is simple enough to begin with. You move around with the regular keyboard keys, fire off luminous blue bullets with a click of the mouse and generally just shooting anything that’s trying to kill you. That’s most things, if you weren’t sure. Each level drops you in a similar looking dungeon that is randomly generated. Three keys are scattered around the dungeon, and you have to collect all three to proceed. Rinse and repeat, over and over again.

This isn’t necessarily a bad thing sometimes, especially when the gameplay manages to hold your attention. Pixel Boy attempts to do this by introducing a rather varied combat system. You might start out buy shooting singular, straight projectiles, but picking up limited powers allows you to split bullets, have them seek out enemies and even life steal health for you. It gets even better when you’re able to combine almost all of them together to form one massive power up, freeing up more spaces for you to experiment with and deliver pixel carnage. 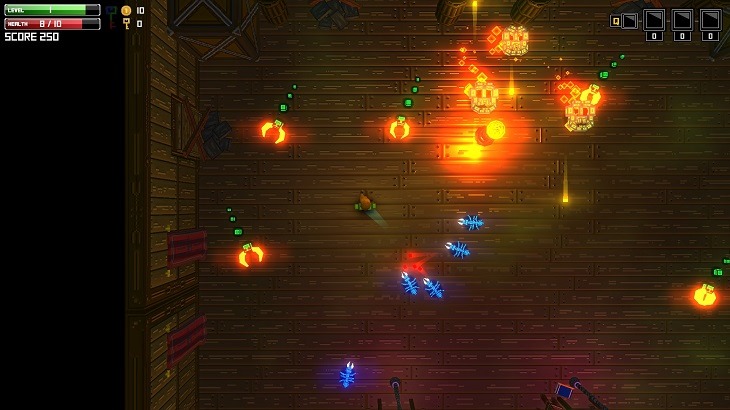 Sadly, there are a few issues with this. Firstly, it’s really, really easy to augment five or so powers together, stack the rest up in your empty slots and never feel the need to change again. Dungeons are generated with random enemies, all with different ways to make your journey to the grave a little bit faster. The issue is that none of them really force you to change up the way you play the game. Once you have power ups that allow you to shoot pixels in every direction, while scaling in damage over distance and growing at the same time, you’ve pretty much won the game.

On the flip side, if you do happen to die you’re going to have a really bad time. Dying in normal mode means you lose all of your power ups and combinations, with only money and XP remaining intact. This puts you at a little bit of a disadvantage going forward, especially if you just decided to double down on some fancy new Ice gear. It’s not the end of the word by any stretch, but it’s a serious uphill battle trying to continue with tougher enemies while you’re essentially back to square one. 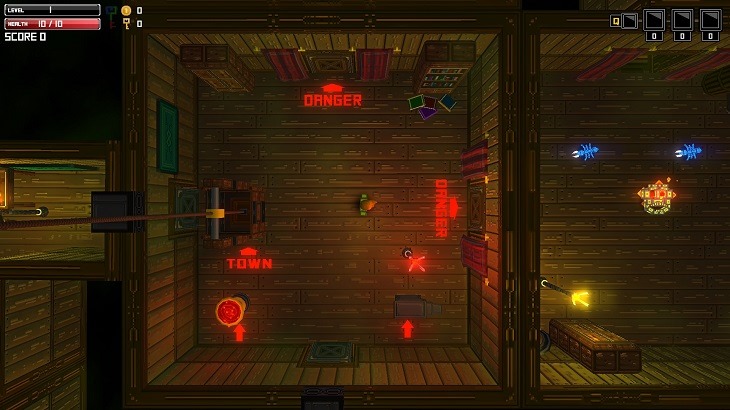 The fact that each dungeon is randomly generated and built also presents a problem on some occasions. It’s nice to not know where the hell you’re going, or what’s behind every single door, but sometimes the system behind the randomisation loses itself. Some dungeons will place all three required keys right next to each other, and in some cases right at the beginning of the level. That doesn’t really encourage you to explore much more, especially since death is so harsh and winning is often so easy. I’d often just rush towards the exit, keep my armor intact and just get on with the next dungeon.

It’s not all doom and gloom down in the dungeon though. Pixel Boy is vibrant, colourful and general nice to look at. Dungeons feature some subtle visual diversity that keep them from feeling all the same, with the same applying to most of the glowing creatures you’ll be pitted up against. The soundtrack is also surprisingly soothing, and I actually wouldn’t mind adding it to my growing videogame soundtrack collection. It just has something to it that, I can’t really explain it more than that. 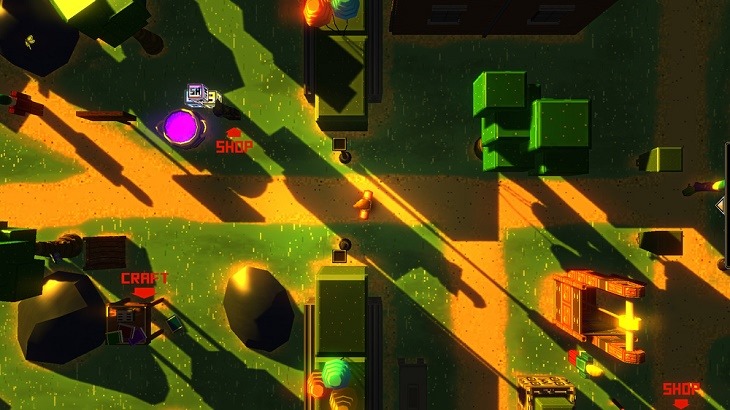 When it comes down to it, Pixel Boy doesn’t really live up to the expectations I had after playing it a rAge last year. It’s a case of a game working in a small, short demo, but one that isn’t able to evolve enough over its four-hour lifespan. There’s a hardcore mode to try once you finish, and a future daily dungeon challenge planned for the future. It’s just too bad that I feel no reason to return to the town of Resolutia, or the dungeons beneath it.

Is Deathloop a roguelike? Not exactly, but it’s definitely an Arkane game

Deathloop may have a few roguelike inspirations in its design, but at its core it's still …