Home Gaming Pode review – A rock and a star face 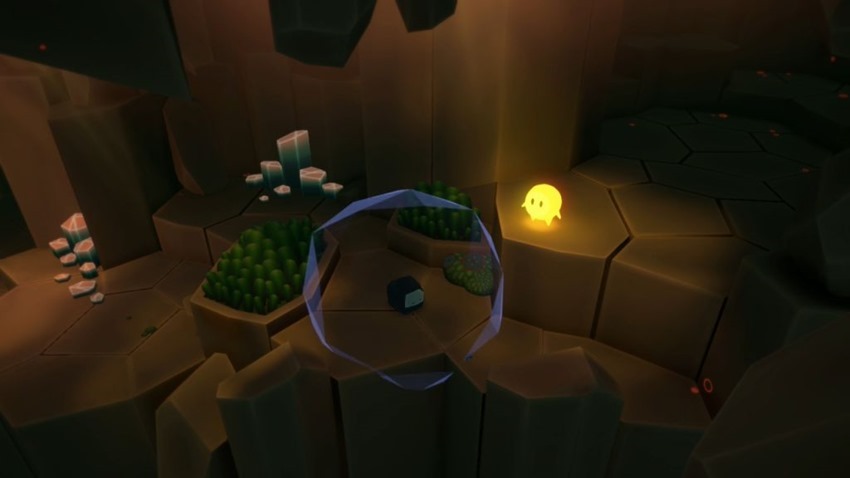 When a falling star dislodges a boulder as it strikes the rocky, lifeless ground, it sets off a miserly tale about friendship, co-operation and hope. The star is Glo, an anthropomorphised orb who wants to find a way back up to the sky. Bulder is his rocky companion, and together they set off an adventure through a mysterious, glyph-laden mountain to reach its summit and help Glo return to the heavens. 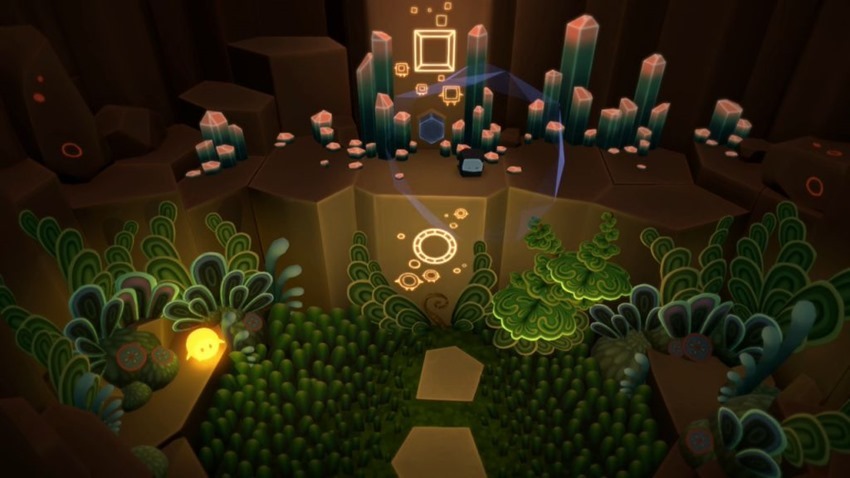 That’s really as much story as there is, and the game takes a similar minimalistic approach to its aesthetic and to a lesser extent, its gameplay. The journey through and up the mountain is one that you can take alone, or – by handing a friend a Joy-con- with a partner. To ascend the mountain, the unlikely pair progress through a series of rooms, each of them a puzzle. They each have a few unique abilities to aid them on their puzzle-solving quest. Glo emits an aura that brings dormant fauna back to life, allowing it to sprout with reckless abandon, blanketing once barren geometric outcrops with verdant vegetation. That same aura melts snow, revealing hidden switches, passages and items. 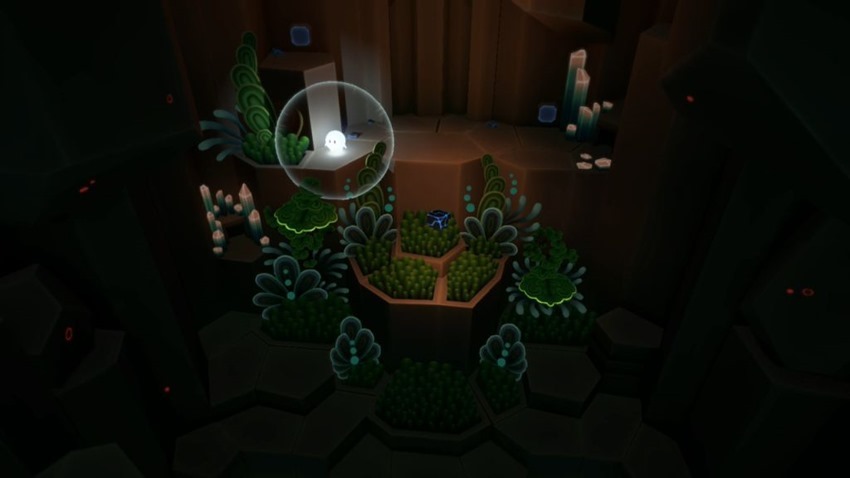 Bulder’s aura is a little different, and allows rocks and other crystals to form, creating new pathways, turning once stationary concrete platforms into elevators. Bulder also has a little heft that the iridescent Glo is missing, so you’ll need to use that mass to trigger switches on the ground. Baldur can also suck up other weights, dropping them on triggers and switches later. A little like Nintendo’s pink puffball Kirby, Baldur can also hoover up Glo, shining the robs light in a particular direction. 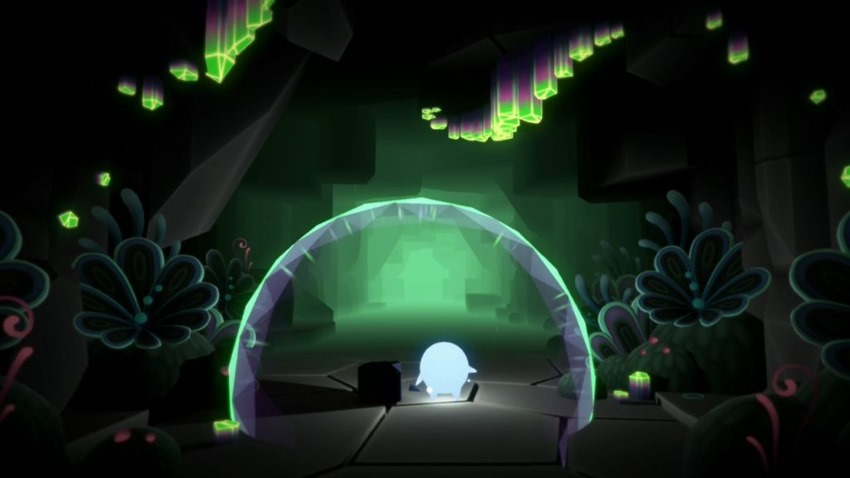 You’ll have to use these abilities, along with newer ones you discover later, in concert to solve each room’s puzzle and progress through the myriad chambers and caverns. The puzzle themselves are frequently clever, peppered with those rewarding “a-ha!” moments that make playing games like this so enjoyable. There’s a certain thrill in entering an area that’s bereft of colour and life, and watching it bellow and bulge with new geology and biology. The flowing music, from celebrated composer Austin Wintory perfectly accompanies the calm, casual and zen-inducing game. 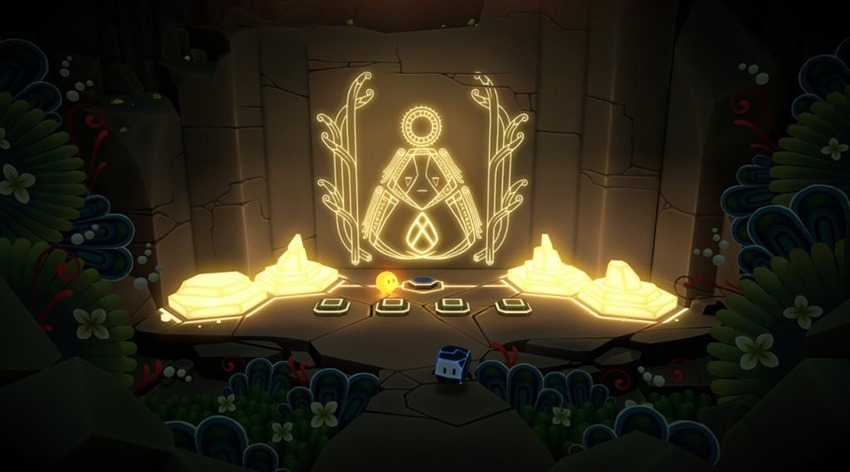 At least, when the game isn’t being frustrating, and borderline tedious. The characters move at a veritable snail’s pace. It’s a little mitigated in co-op play where each player controls a character, but when you’re going it alone you must constantly switch characters out, and it drags everything to a crawl. You can hold hands to make locomotion a little less of a chore, but the pair moves even slower as a result. Further frustration comes from imperfect platforming, where a bit of trial and error is necessary. Tight areas and frequent falls (thankfully with immediate respawns) are coupled with puzzles that are both obtuse and abstruse, where it feels like I either lucked out or broke the game’s physics to beat a room.

The game is casual in nature, and never really punishes you for failure, or for taking your time. It’s lovely in small bursts, but veers towards being boring otherwise. There is a delightful payoff at the end, so if you’re looking for a simple, charming, and mostly pleasant game to play with somebody else, Pode will probably suffice.