I’ve never been much of a fan of SEGA’s fleet-footed blue flurry. The first game was designed for speed, but many of the levels almost actively tried their best to prohibit that. The sequels were far better when it came to both exploration and a sense of speed, but there’s never – to my mind – been a truly exceptional Sonic game. I have an inherent Mario bias when it comes to platformers, and the deluge of middling Sonic games over the decades has only reinforced that. 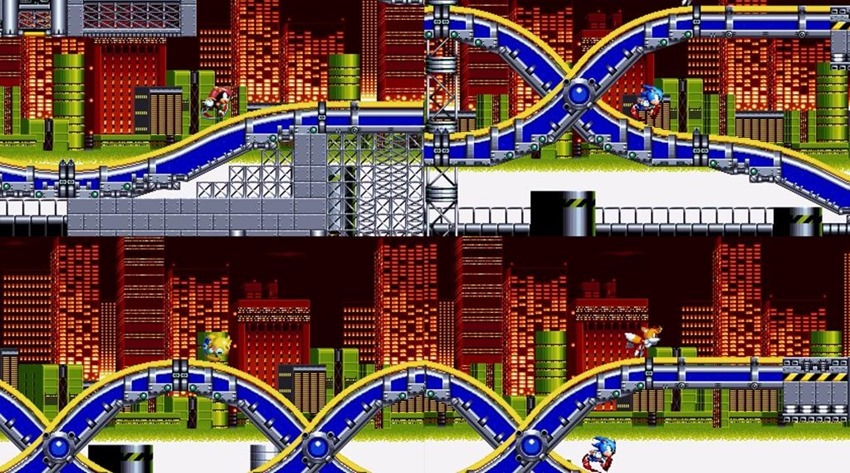 Last year’s incredible Sonic Mania proved me wrong though. Superbly and thoughtfully designed, Sonic Mania was a masterclass in using nostalgia to great effect. Its gorgeous 2D art and 90s inspired retro music played on nostalgia, but the game itself was seeped with understated modern sensibility. Not just the best Sonic game in ages, Sonic Mania is quite probably the best Sonic game ever made. If you didn’t enjoy Sonic in his 16-bit heyday, there may be something in Sonic Mania to convince you that there’s something redeeming about the spiny speedster – just as it did me. It manages to capture the spirit of what made Sonic such an enduringly beloved character, while adding just enough to make everything feel fresh and exciting. 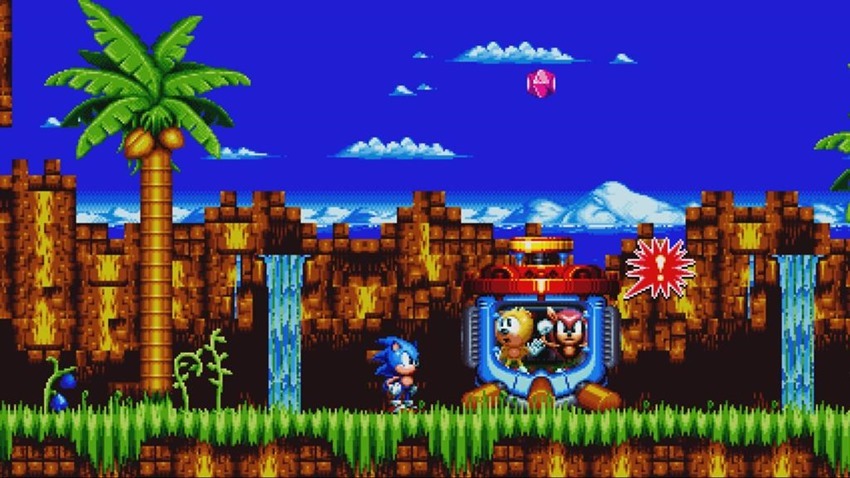 It could have gone terribly wrong. So many modern Sonic games add too much to Sonic, Tails and Knuckle’s repertoire (not even mentioning the menagerie of other friends and foes the series has picked up over the years), diluting the good stuff while adding unnecessary fluff. Sonic Mani kept everything simple, with Sonic really just having his tried and tested Spin Dash, and a new drop dash that lets him transition from a jump into a dash. That’s really it, but the simplicity of it resulted in a more focused game. Sure, it’s narratively lacking, but that’s hardly a complaint. It’s all about Sonic and friends collecting Chaos Emeralds and giving Dr Robotnik (Eggman is a terrible name, now and forever)a solid kicking – as they’ve done countless times before – but damn is it fun to play. 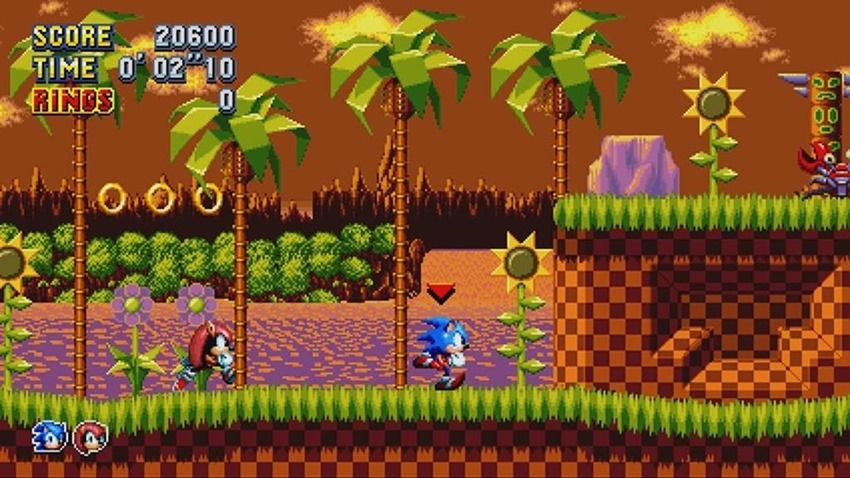 Now, it’s arguably better. The game’s been rereleased as Sonic Mania Plus, which features a remixed Encore mode, new playable characters, and an assortment of other tweaks, fixes and additions. They physical release contains an art booklet, and is also available as DLC for the original game. The biggest addition comes in the form of two existing, but lesser-known playable characters – both originally appearing in the Japan-only arcade game SegaSonic the Hedgehog. Mighty The Armadillo has a ground pound that can break bits of the floor away. He’s also impervious to spikes, which is quite handy given how many of the blasted things litter almost every stage. Ray the flying squirrel has a glide ability that’s reminiscent of Mario’s cape in Super Mario World, requiring players to switch their directional inputs to maintain a glide. There’s a bit of a learning curve, but he’s a blast to use. 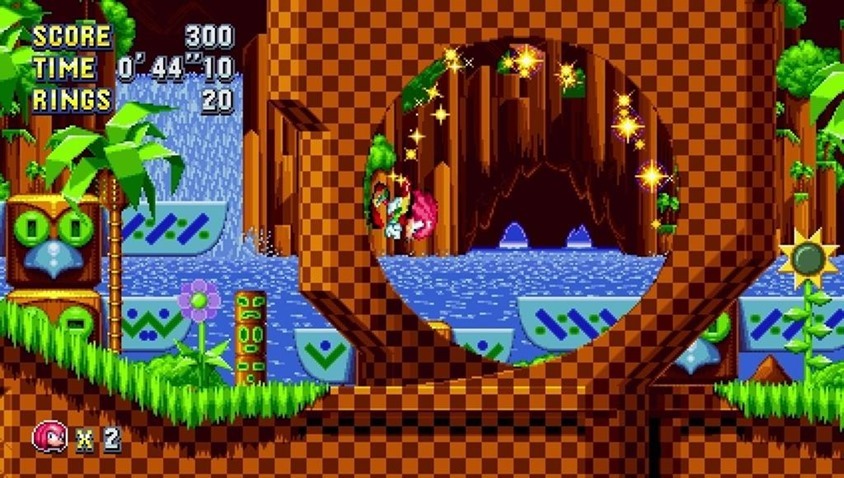 Encore mode is a remixed version of the original game with an interesting twist; swoppable characters take the place of lives. You’ll start the game as Sonic and Tails, adding Knuckles, Ray and Mighty to your tally through collectibles. You can switch between two characters at will, but when one dies they’re lost, switched out with one of the characters you have in reserve. There’s no time-out, so it becomes a little more interesting to switch between characters and explore levels without racing towards the end. It can be a bit awkward to switch characters, especially when you, for example, stumble on area that would be great to plow through as Mighty, but you’re unable to switch to him because he’s in reserve. 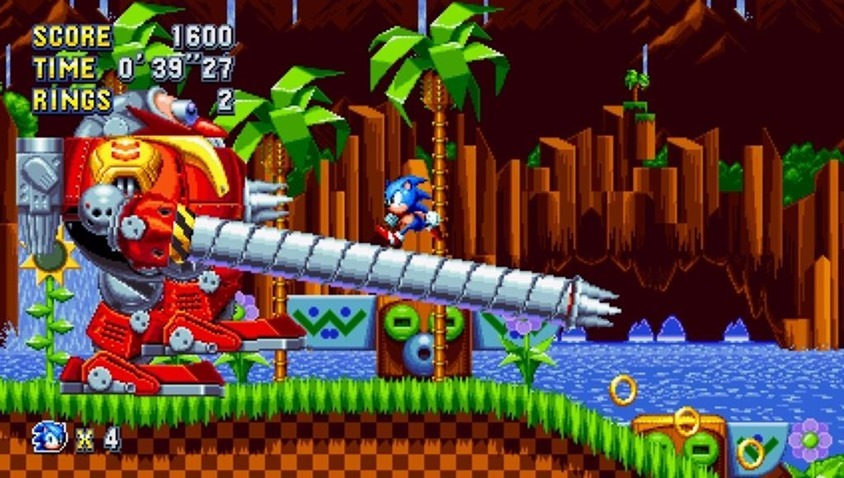 There are a few difficulty tweaks, overhauled bosses, and a new take on Angel Island Zone. The competition mode now also supports up to 4 simultaneous split-screen players. As DLC, it may not really be worth getting unless you loved the original game and need a little more Sonic Mania. As a whole package? It’s the best damned Sonic game in years, now with more stuff. If you have any love at all for Sonic and friends (hell, even if you don’t!), then you need to grab one of the most finely crafted platformers of the past year.