We already raved to you about the glory that is the SteelSeries Siberia Elite headset. As a result, I jumped at the chance to review the SteelSeries H Wireless Gaming Headset and my ears have been thanking me ever since.

Before I linked the wireless headset to my PC, I did what any normal person would do and put them on my ears. I have been loathe to take them off since then. The headset is far too comfortable. Typical to SteelSeries, the earcups are large enough for any sized ear while still being snug. The soft leather-wrapped foam makes them feel so luxurious, they’re like slippers for my ears. 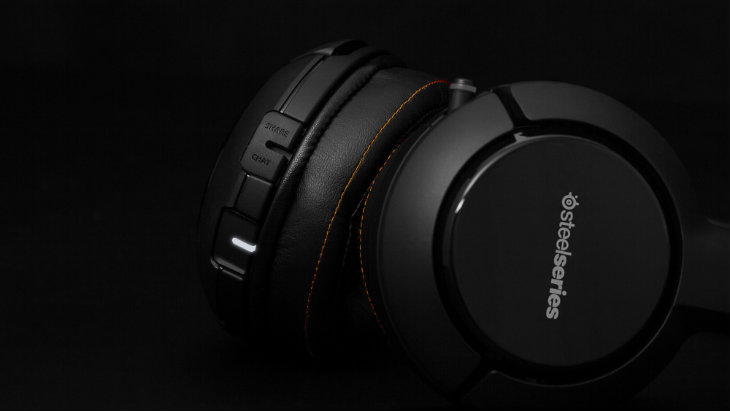 Surprisingly, despite being a wireless headset they don’t feel heavier than normal ear wear. Perhaps it’s the perfectly-padded self-adjusting headband that distributes weight evenly across the head, or maybe it contains some genius technical design that prevented the headset from weighing much in the first place. Either way, the headset is light enough to wear all day without causing skull strain.

Without wires, this headset really is quite convenient. I often have a variety of things on my desk, or move around a lot while working – the lack of wires means that I’m not worried about knocking things over, or accidentally strangling myself or others with wires. The range is technically about 12m, although walls and metal shelving can cause sound obstructions. I was able to carry on using the headset while making myself a sandwich, but opening the fridge door for mayo did disrupt the signal.

Featuring Dolby virtual 7.1 surround sound technology, the headset offers fantastic clarity and accuracy. You can hear someone trying to sneak up on you in game, or follow a directional guiding voice. The audio range is rather impressive, offering the deepest vibrating bass as well as distinct high notes without muddying the middle sound levels. Be aware, it is still a wireless headset, so when there is nothing playing you can still hear a slight amount of white noise through those cushy earcups. That said, as soon as audio was streaming to the headset all that was completely gone; thanks to some cool frequency switching capabilities in the transmitter, I also never struggled with any feedback despite my numerous devices. For people who are used to real surround sound, no headset with twin drivers will be able to replicate that perfectly, but most do a pretty good job.

I must say that the bass could have used a bit more oomph. Sure, you certainly get that vibrating tingle at lower frequencies, but it isn’t quite powerful enough for the best music listening. That said, the sound reproduction is surprisingly clear – I noticed string twangs and breathing in songs where I’d never heard them before. As a gaming headset, it obviously is optimized for that media but I found it more than serviceable for day to day music and video consumption. 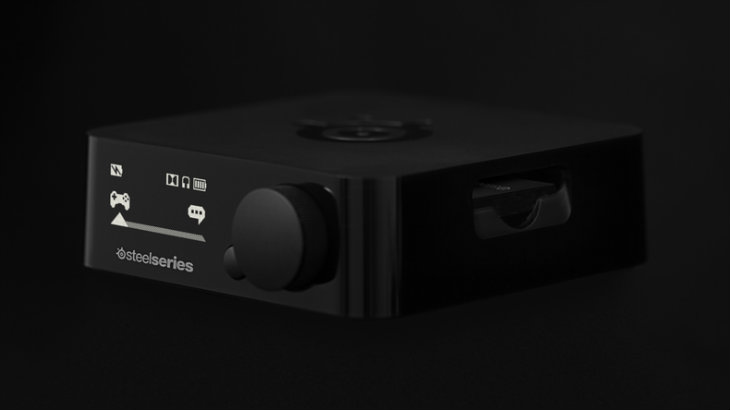 Thanks to its multi-port transmitter, the H Wireless is completely cross platform with inputs for analog, optical and USB connections. This makes it an ideal headset for those who, like me, have multiple gaming devices – you can use optical cables for newer consoles, opting for analogue or USB inputs for others, allowing you to switch seamlessly between inputs without changing cables every time you change platform. Assuming you are getting your game and chat audio from different sources, you can even adjust which source is louder, allowing you to turn down your game music in favor of awesome conversation or to silence the drunken friend who keeps talking over your important in-game dialogue.

To be honest, I’m not usually one to care much about headsets. I used those crappy Skype headsets for years, and recently picked up some cheap headphones just to have sound pumping directly into my ears rather than disturbing the other members of the household. However, SteelSeries H Wireless offers all the small things that make a big difference.

As you might worry about with a wireless headset, it requires a battery to run. However, SteelSeries guarantees that you will have no downtime by providing two lithium batteries – one to be used in the headset while the other is safely stored and charged in the transmitter box. Changing batteries is as simple as a small twist of the left ear cup, and the transmitter box even displays both battery charge levels so that you can swap before your game kicks off if it seems that you’re running low. 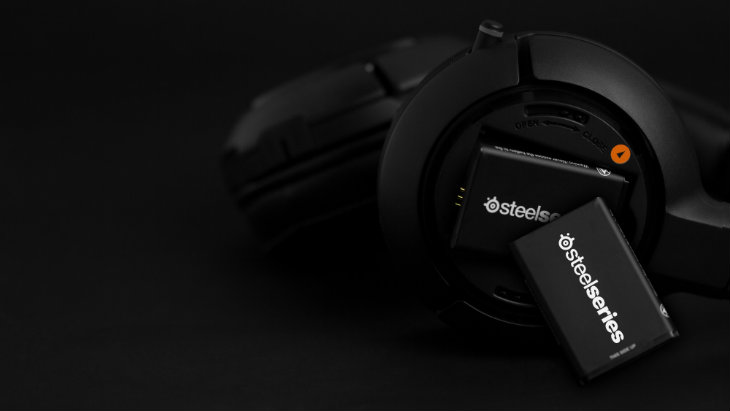 The on/off button for the headset on the bottom of the right earcup doubles as a mic on/off button. This means that if you happen to forget that you have the headset on when you run for a quick pee mid-game, you can mute the mic quickly and easily. When muted, the mic lights up with a red light, reminding you that it’s off. I prefer this approach – I don’t want the light on and distracting me while I’m talking, but it’s nice to be reminded when I wonder why no one can hear me.

Also built into the right ear cup is an additional volume control. Sure, you can adjust the sound on the transmitter box, but it’s so much more comfortable to just scroll the wheel behind your right ear. The right earcup also boasts extra ports so you can share your aural experience with a wired friend.

All in all, the H Wireless offers unbelievable quality with fantastic convenience. Clearly built to be used, it’s intuitive and easy to use. It doesn’t need to add superfluous bells and whistles; it’s simplicity and ease of use showcases the value of streamlined, smart design.

The SteelSeries H Wireless has an RRP of R3699. For the Spec-inclined among you: