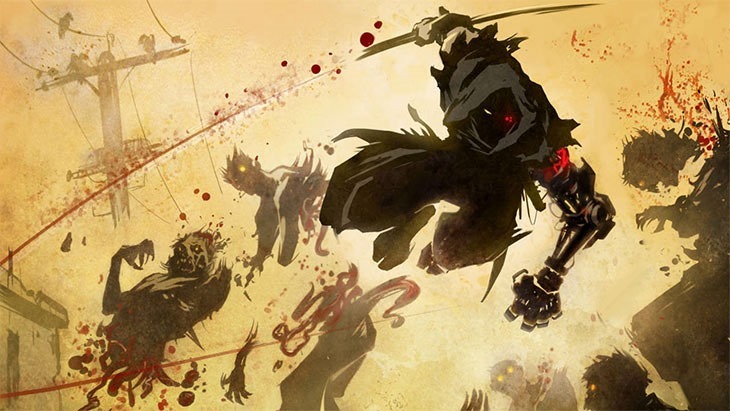 I had a great deal of hope for Yaiba: Ninja Gaiden Z, the wacky spinoff of Team Ninja’s venerated hack-and-slasher. The first game in the new Ninja Gaiden – especially in its “black” iteration on the original Xbox – was close to gaming perfection. since then the series has certainly waned in quality. Ninja Gaiden 3 was pretty awful. It seems the series has slipped to new lows.

the general consensus amongst critics who’ve had the displeasure of playing the game is that Yaiba: Ninja Gaiden Z is rather terrible. I’d be surprised; it’s a joint effort between Mega Man creator Keiji Inafune’s Comcept and Team Ninja – but then I remember that principal development is done by Spark Unlimited. Yes, the guys who made Turning Point: Fall of Liberty, Legendary and Lost Planet 3.

Here’s what critics have said:

Every so often, 8-year-old me–the part of me that thinks that asking everyone what word starts with "f" and ends in "u-c-k" is funny–got a kick out of Yaiba’s exploits. Most of the time, however, I could only wish that Ninja Gaiden Z’s striking art style had been applied to a better canvas.

Ninja Gaiden Z is a disappointing entry in the Ninja Gaiden series filled with repetitive enemy encounters, cringeworthy pervy jokes, and frustrating, unbalanced gameplay. This is not the ninja game you’re looking for.

What’s really amazing is just how much Yaiba is the polar opposite of Ninja Gaiden proper. In every way that the main series is elegant and precise, Ninja Gaiden Z is clumsy and ridiculous. In other words, whether it means to or not, it has much in common with its title character. There’s a germ of a good idea here, but ultimately its lost in a mess of garish colors, vulgar jokes, and really awful design. Ultimately, the legend of Ryu Hayabusa will live on, but Yaiba’s story is best forgotten.

Yaiba is dumb. All of which is baffling, given that this was made under the eye of Keiji Inafune, who famously lambasted how far his countrymen had fallen behind western game development. His solution, apparently, is to turn one of Japan’s last great series into a repetitive grind riddled with cheap deaths, and to help a western studio with a poor track record reach a new, unthinkable low.

Yaiba: Ninja Gaiden Z does not respect its franchise, its genre, or you. And it certainly doesn’t seem to respect itself. At no point, in fact, does it even appear to care if anyone likes it. But that’s just fine, because at no point will you.

If a computer generated an elevator pitch for a game based on random, stereotypical gamer interests, it might spit out a jumble like Yaiba: Ninja Gaiden Z. And while that could totally still be awesome, this experience is so mired in frustration that even a few well-timed jokes can’t save the day. Gaiden games have always been challenging, but they’ve also always been fair. Yaiba is not. Instead, it’s unbalanced and arbitrarily punitive, and after the first few hours, it’s not worth putting up with anymore.

The sole voice of dissent comes via Japan’s Famitsu, who’s panel of four reviewers each gave the game a 9/10. It’s possible that Yaiba is one of those odd games that caters to particularly Eastern tastes, ir it’s quite simply a sign that nobody should be paying to whatever Famitsu says anymore.

I actually liked what I  played of Yaiba back when it was in pre-alpha, but it was a small, ten-minute snippet of the game – but i suppose that’s the problem with demos. They don;t paint a complete picture, showing you the good while doing their best to leave out the bad.

Comcept's ReCore kicks off with a glorious sense of adventure and danger. And then it all …