2017 was certainly a year filled with plenty of surprises. As agape as the news of a semi-sentient Cheetos chip becoming the US President left mouths last year though, for me there were few things that matched the pure outta-nowhere-ness of THQ Nordic suddenly announcing a brand new expansion for Titan Quest, the critically acclaimed action-RPG that was originally released all the way back in 2006. When it comes to Ragnarok, the game’s second expansion after 2007’s Immortal Throne add-on, there isn’t much that’s surprising though – this is both a good and not-so-good thing.

Ostensibly the game’s Act 5, picking up where Immortal Throne left off after the battle with Hades, Ragnarok will transport heroes to faraway parts of the world by breaking out of its Greek roots to tackle the frigid gods and monsters of Norse mythology with some Celtic and Germanic history thrown in there as well for good measure. In an admittedly serviceable tale that lasts dozens of quests and about 12 hours of gameplay (you can probably cut that down if you’re not as obsessive-compulsive about clearing every tiny corner of a map as I am –  I have a problem) you will travel from dark German forests to the halls of Asgard itself as once again humanity is pitted against godly wrath, armed with just blade or staff. 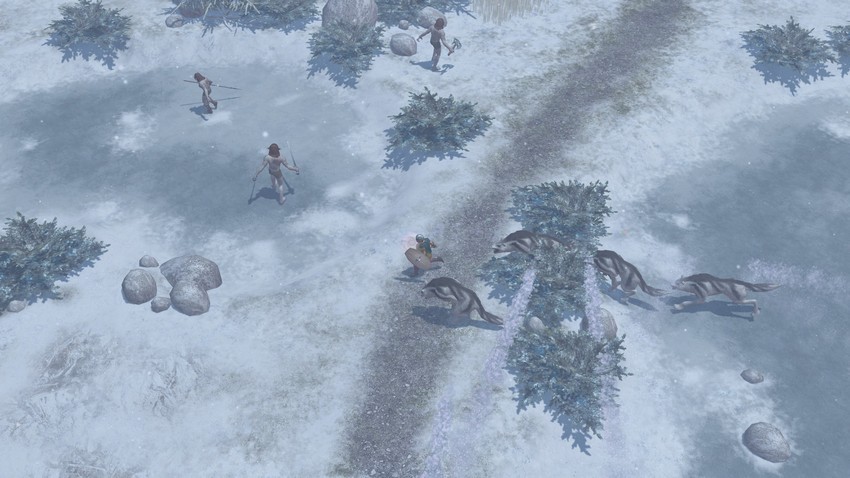 Well, actually armed with a little bit more than that as Ragnarok brings with it new weapons and gear, as well as a brand new tenth mastery in the form of the Runemaster. This Nordic warrior-shaman class is adept at both steel and spell as they can buff their weapons with runes or use the same runes on the battlefield itself to control it.

Accessing the Runemaster – or actually just Ragnarok in general – is not a straightforward affair though. As previously mentioned, this is Act 5 of this story and thus it needs to be played using a character that has fought through the previous campaigns and is ranked up enough to tackle the high-level content of Ragnarok. If you picked up the Titan Quest Anniversary Edition – released in 2016 on Steam when THQ Nordic took over the franchise from original creators Iron Lore, and which is a requirement for Ragnarok – you probably still have your save games. Unless, like me, you came to the at-the-time logical conclusion that there won’t be any more Titan Quest and thus deleted your game install. Bye bye, Bob the Battlemage, I’m going to miss you and your badass Core Dweller pet, Fluffy. 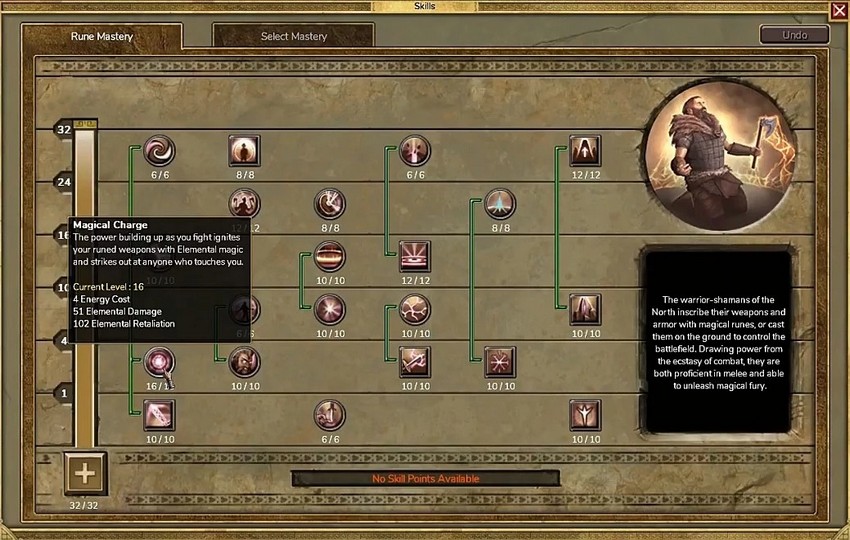 If that is the case, and you have to start a new character, you only two choices: 1) Start the entire game from the very beginning or 2) create a new “accomplished hero”. The later will start your character at level 40 immediately, allowing you to put all the resultant points into any mastery skill tree you want. This is also the only way to use the Runemaster mastery as existing characters from old saves have no access to it.

As convenient as it is, the accomplished hero approach has a big drawback though, especially if you’re a new player jumping into Titan Quest for the first time. Usually selecting mastery skills – especially when you’re combining two different masteries to create a new class – is a bit of a trial and error affair, as you gauge which skills from which mastery skill tree compliment each other. But by frontloading all your skill points right off the bat for a brand new mastery, you will be picking skills that may not actually work together or which doesn’t suit your playstyle but you wouldn’t know that until you’ve already selected them. 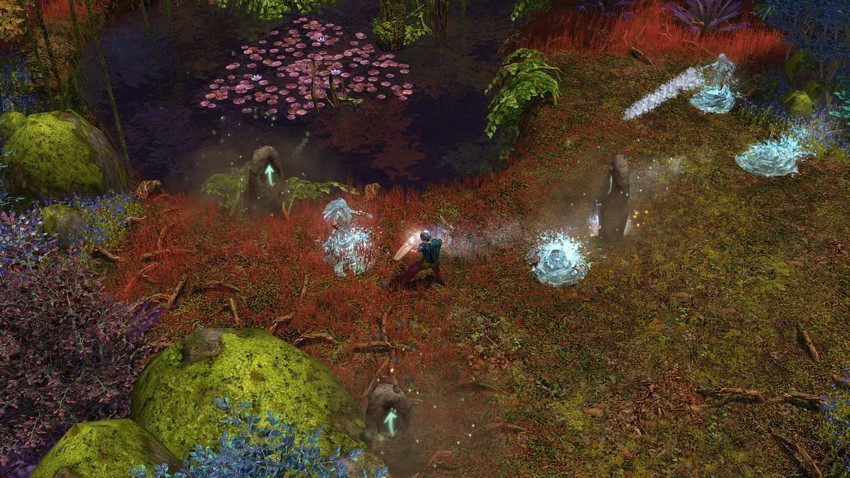 Now obviously, Titan Quest: Ragnarok has not been designed for new players (despite the fact that there will be some for whom this is their first experience with the franchise and that for all intents and purposes the story here is pretty standalone). This is for the Titan Quest veterans who have spent the last decade pining for the old monster-slaying ways, and thus already have a firm grasp of the mechanics of how to build up a mastery. These are also the folks who won’t mind that this very much does not look like a 2017 game.

The Anniversary Edition brought with it support for higher resolutions and some new graphical tweaks and Ragnarok expands on that visual upgrade with new ragdoll physics, particle/lighting effects and refreshed UI. However, you just can’t get around the fact that this engine is showing its age. It looks good – some would say very good in fact for an 11-year old game – but it definitely can’t compete with modern rivals on the tech front. 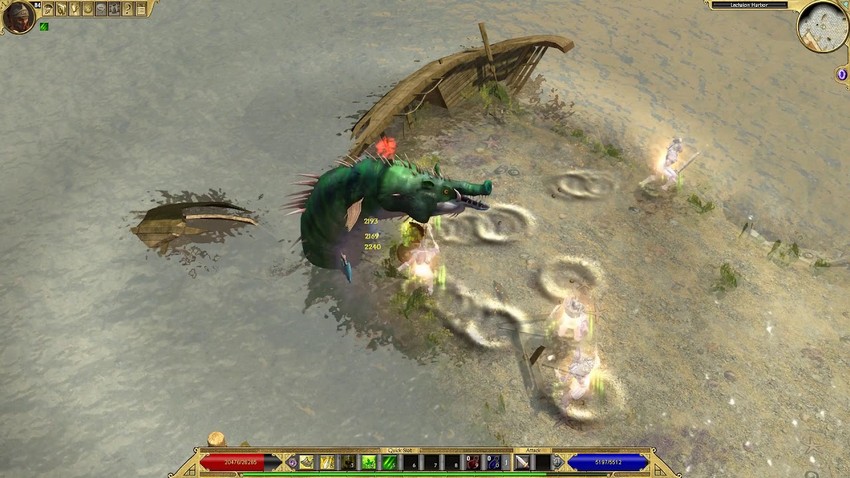 What it lacks in bleeding edge bells and whistles, it makes up for in spades with nostalgia though. Ragnarok satisfies every itch that hardcore fans of the franchise may have been having. The music, the art direction, the mythological narrative – this is Titan Quest! There’s simply no other way to put it. If you loved the originals and longed for more then getting this is a no-brainer. And hey, they’ve even thrown in a pair of pants!

Yep, for the first time in the franchise’s history bare legs have been banished as you can now finally equip some trousers to go with the tunic or robe of your hero. And all the clothing can now be dyed with brand new colour schemes if that’s your thing. 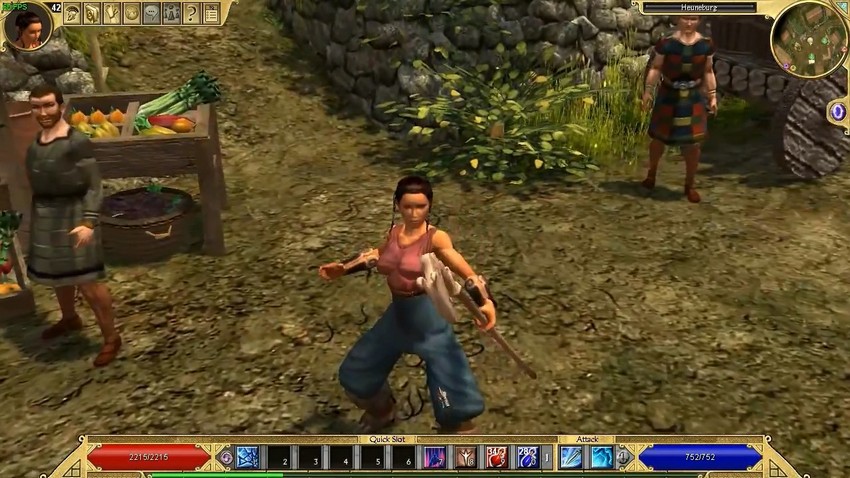 Now I know that pants are possibly a definitive deal-sealer for many of you, but I would be remiss of me to not mention that Titan Quest: Ragnarok does have its quibbles. While for the most part, I enjoyed the time I spent with it, there are portions that feel unnecessarily grindy. THQ Nordic have boasted that Ragnarok’s size and scale dwarfs even that of Immortal Throne, but by the end of the game I was wondering if it really needed to.

There’s a surprising amount of backtracking during the adventure and quests and certain locations feel artificially padded out to make the content seem more expansive than it really is. There’s also some sparse and bland location design, with towns especially feeling less lively. The result is that these sections end up being simply boring as you need to trek through them and kill the same monsters a number of times. 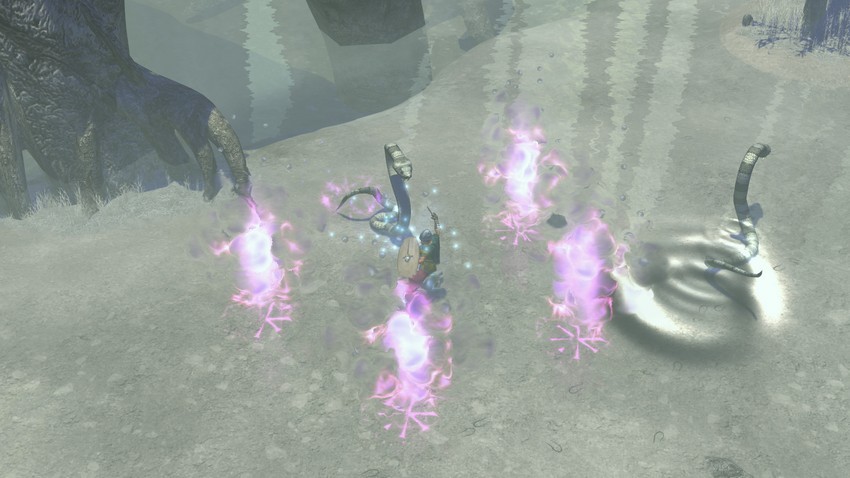 This really is a pity, because when Ragnarok is good, it’s as good as Titan Quest has ever been. THQ Nordic is not reinventing the wheel here – they know exactly what worked before and simply do it again. This does leave this game a quasi-relic of its time in terms of presentation and gameplay, but if you just wanted more Titan Quest, then Ragnarok does not disappoint.

Do you use your laptop frequently in places without charging stations? Since a laptop only…