Quick question: What’s the shortest distance between two points? Answer: a straight line. Now think of that line. Imagine it bending and twirling, unbroken and constant. In racing, sticking to a line is the gospel as racers find themselves devoutly following a certain route through any course. Any deviation of even the smallest fraction from that route can mean a total loss as the line is everything. 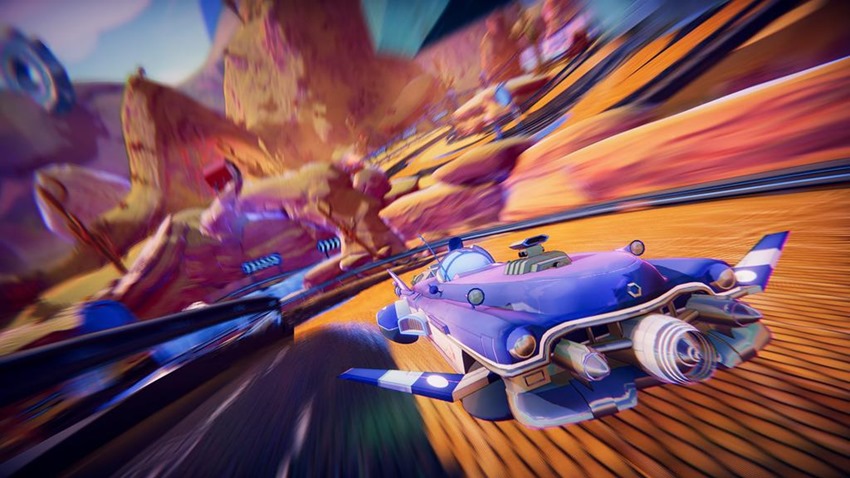 So here’s an idea for you: Imagine if you were in a race, but you had complete control over your line. You could shape and alter it, set it up to give yourself the edge on a track and propel yourself to victory. Wouldn’t that be great? Well it kind of is in Trailblazers, a game from developer Supergonk which functions as the bastard child of Splatoon and WipEout and manages to combine two distinct ideas into one fun setup for reaching the finishing line. 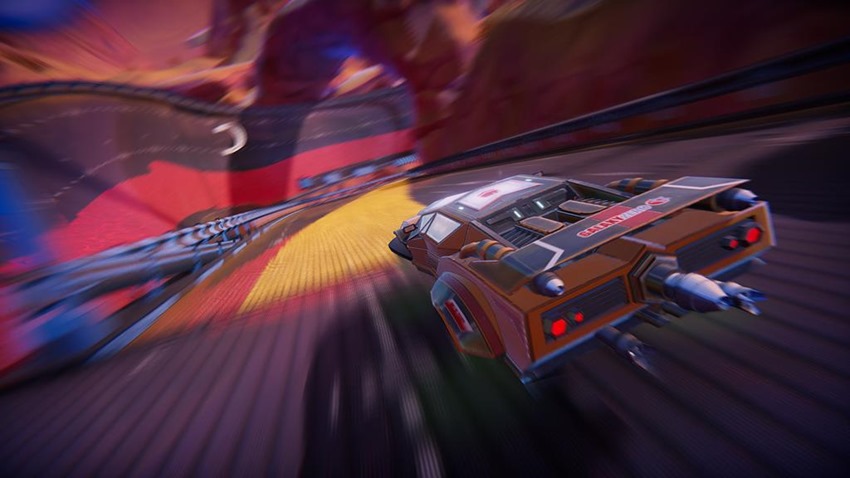 It’s truly gripping stuff, as each race has that sensation of speed and grace that you’d expect from a genre made famous by Sony’s anti-gravity franchise and Nintendo’s pioneering F-Zero series. That floating momentum of gliding through a corner and thrusting down a straight as you gather more speed. The trick in Trailblazers though, is that the all-important thrust of gaining that extra dose of velocity comes down to just how much of a line you can maintain on the track. 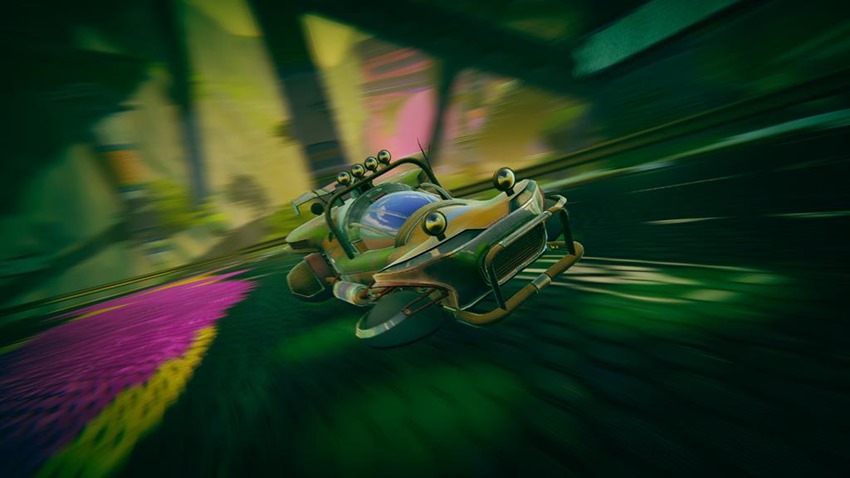 You’ve got two options: You can either strategically paint your way across the circuit using dashes of speed-enhancing paint and hope that it’s still there when you circle back, or you can spend your entire can of colour and blast out a straight line of paint that’ll give you an instant boost. It’s strategic thinking at high speed, as you constantly measure the pros and cons of your situation. 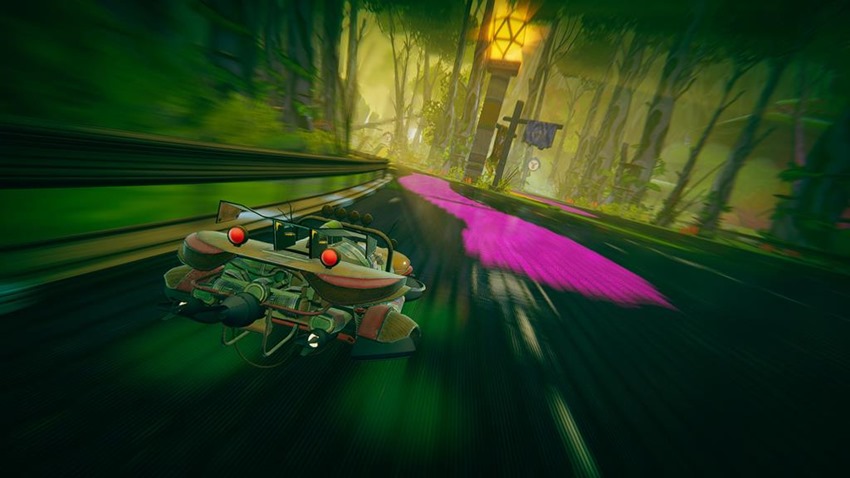 In turn, you’re also looking to sabotage the competition while maintaining your line, thus creating a perpetual cycle of one-upsmanship in each and every race. Factor in your teammates, rival racers and the track becomes less of a circuit and more of a battlefield that brims with energy and some of the most foot-tapping addictive tunes in its audio library. Good stuff, right? Well yes…and no. Trailblazers proudly wears its influences on its sleeve, boasting some quirky art that feels like it came straight out of a late 90s PlayStation 2 game and the idea of slipstreaming with paint is novel in its execution.

Each racer has their own personality and talents, teamwork is essential and the overall presentation is bright and optimistic. It’s when you see all of these elements mash up that Trailblazers begins to unravel. Your partner AI isn’t very helpful or keyed into the race strategy of laying a line down and capitalising on it in the next lap, while the actual physics of racing feels half-baked at times. 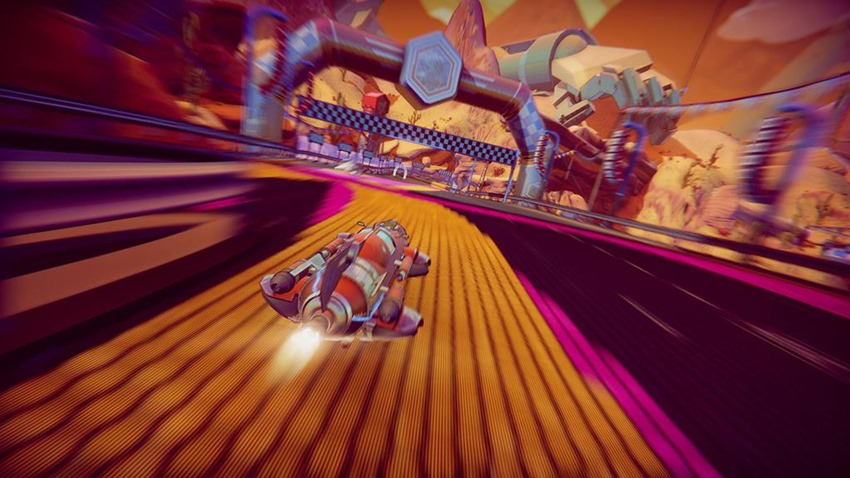 In a game where anti-gravity racing is king, it’s all about the drift. There needs to be an elegance at play, a symphony of cornering that ties into the idea of taking a bend sideways and powering on through. In Trailblazers, it’s that one crucial mechanic that is the Achilles heel of this game, sabotaging an otherwise fun and youthful stab at the genre that has so much energy that works in its favour.

It doesn’t help either that going from the single-player campaign to multiplayer results in tedious waits for a game to find some local drivers to challenge you on the track, if at all. All the cylinders are not firing properly in the Trailblazers engine, and that’s a damn shame because this game could have been an under the radar love letter to its influences. Instead, Trailblazers comes off as an unconvincing imitation of some of the finest games of a genre that has already had its time in the sun.