Transformers will always be one of the greatest toy lines of all time. A simple idea, given form in the 1980s and then continually evolved and improved upon with each new generation of figures. What’s not to love in a toy franchise with a story that spans millions of years and features a neverending war with autonomous cyber-organic warriors from a distant world?

The thing is, while Transformers toys are better than ever these days, hopping into the brand can be challenging for younger fans. The fact that Hasbro can make a car transform into a mighty Autobot soldier is testament to the design of these toys, but doing the actual transformation can be a complex task. It’s fine for adults who can see the patterns and know exactly how to shift the plastic back and forth between transformations, but kids might struggle with the toys.

Now there are Transformers toys which can change in a handful of steps and seconds, but the caveat here is that such figures sacrifice some articulation and design for ease of use. Is there a halfway gap though? Is there a Transformers figure which looks good and is perfect for the younger members of the family? You bet your buns there are. 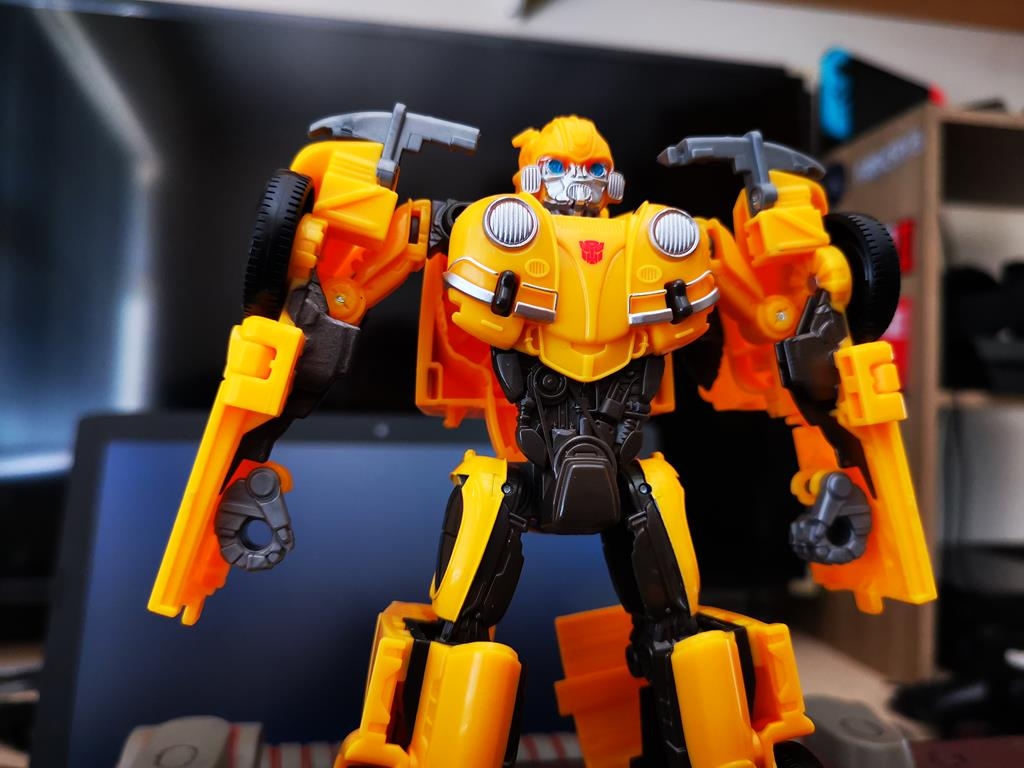 With the Bumblebee film out in December, Hasbro’s latest range of licensed figures now includes a new Nitro series. Aimed at ages six and up, these figures are the halfway point between accuracy and ease of use. The titular Autobot scout takes the lead here, and first impressions are fantastic. Not only is Bumblebee rocking an authentic Beetle chassis that has been given Volkswagen’s blessing, but his robot mode looks superb as well.

He’s got all the detail you’d expect, clocks in at a size that’s comparable to Voyager-class figures and vehicle mode looks ready to rock and roll at a moment’s notice. Transforming him between modes is easy stuff as well: Merely tuck in the head and arms, adjust the legs and hey presto! You’ve got a VW Beetle that is more than meets the eye!

I there is one drawback though, it’s that Bumblebee lacks any articulation in his legs. It’s a baffling decision, as the design of the figure could have easily incorporated some knee joints into the Autobot, without sacrificing any of the vehicle mode options. The Nitro engine is a fun addition as well, but it’s use beyond vehicle mode is superfluous at best. 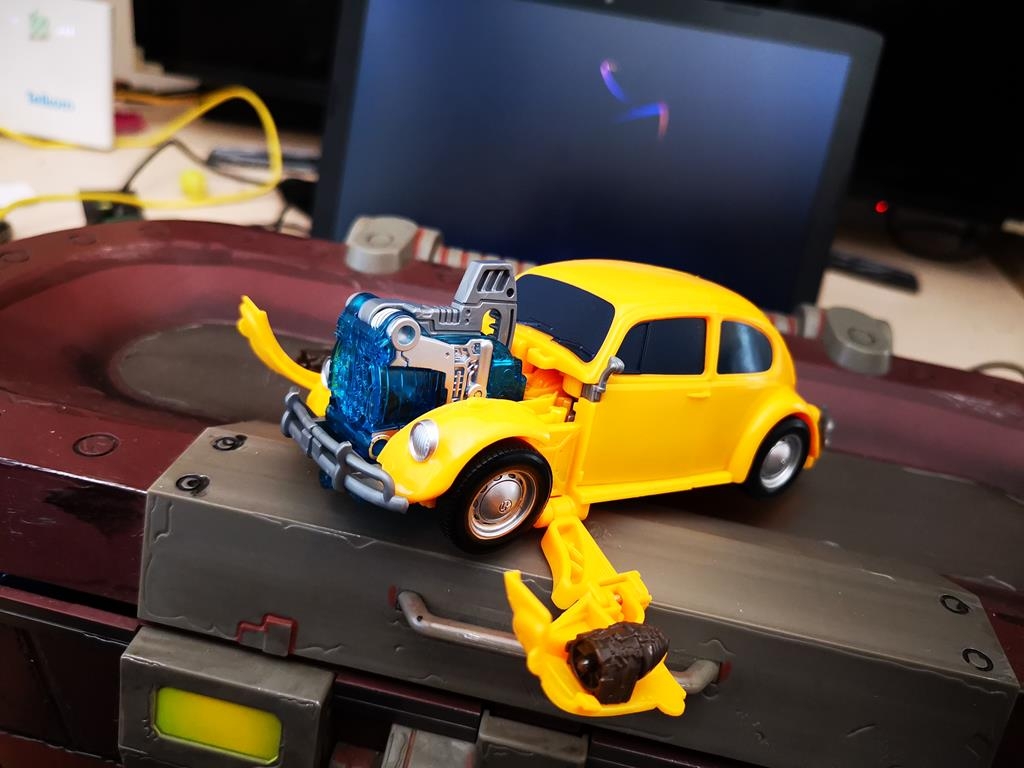 That being said, what a chuffing great figure to look at. Bumblebee is a beautiful design, one that I wouldn’t be ashamed to display on my shelf in either form. Bumblebee is a quirky and fun figure for any age, and if I wanted to get kids stuck into one of the toy franchises that helped define my own childhood, he’s the ideal starting point for a hobby that spans generations and decades of passion.