What do you hear when you press your ear against a stone wall? Chances are, absolutely nothing, and supernatural thriller Voice from the Stone seems to have taken that to heart. The film is so slow burn that it never even catches alight. It’s 87 minutes of stringing the audience along with the promise that things will liven up – although they never do. But, hey, Game of Thrones and Terminator Genisys star Emilia Clarke gets her kit off, so there’s that if nothing else. 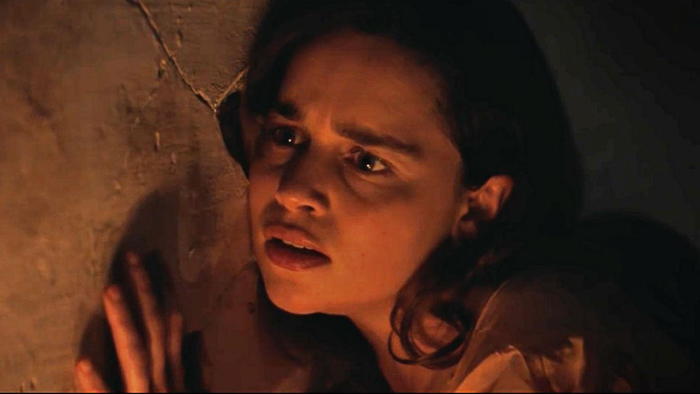 Novel adaptation Voice from the Stone centres on Verena (Clarke), an Englishwoman whose “sensitivities” make her exceptional at helping troubled children. After healing each family, she moves on, which brings her to a centuries-old castle in post-WWII Italy for her latest assignment. Young Jakob (Edward Dring) has turned mute since he saw his mother, an accomplished concert pianist, die from a mysterious fever months earlier. Jakob’s sculptor father Klaus (Marton Csokas) puts on a stern front, but is also clearly grieving. Verena resolves to help the pair, but realises some sort of presence in the castle walls is exerting its influence, and preventing them from moving on.

Now to be fair, there’s nothing wrong with Voice from the Stone technically. It’s well shot and credibly acted. Going against type, Clarke plays a dowdier (but determined) character for the most part. And if you want to delve into the film thematically, it has quite a bit to say about grief and yearning, and what damaging things longing can cause people to do and accept. 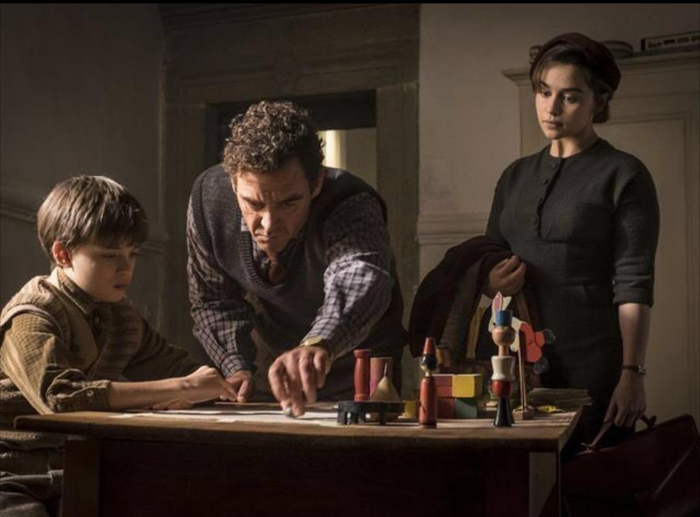 So perhaps the biggest problem with Voice from the Stone is how it refuses to satisfy audience expectation. At first glance, the film comes across as belonging to the same sub-genre as The Woman in Black, The Others and The Innocents. In other words, it’s a period-set thriller with supernatural leanings and a moody, memorable location. Another key component: it skips the gore and ramps up the suspense (and mystery) as the protagonist starts to question their sanity. Except Voice from the Stone never bothers to escalate. Nothing particularly dramatic happens – and this when viewers have been keyed to anticipate the spirit encounters turning dark and malevolent.

To its advantage, Voice in the Stone doesn’t turn hysterical and overblown in the end like so many movies of this style. The trade-off, though, is that it stays so low-key that it’s a struggle to care. Even the culminating twist isn’t particularly noteworthy. The credits roll and you simply shrug, “Is that it?” 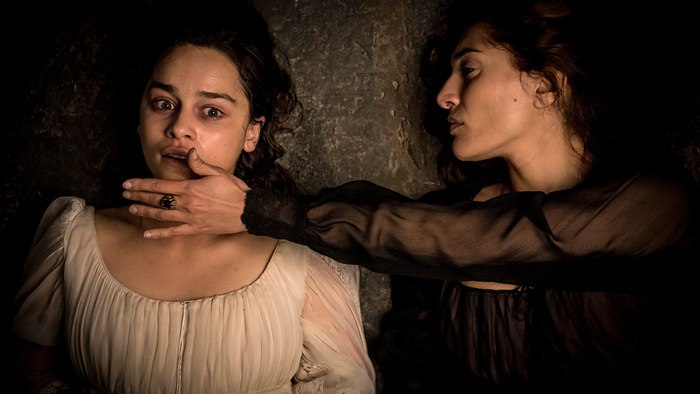 Little-known Voice from the Stone was never going to set the box office alight. But if you’re in the mood to be chilled, and this movie pops up on your list of choices, give it a skip. It avoids the usual genre pitfalls, but its sidestepping instead puts it in a place that’s weirdly inert and uninvolving.

Rumour: Donald Glover to return for Lando series on Disney+

You might want to buckle up, baby! A new rumour suggests that we may be getting a whole lo…