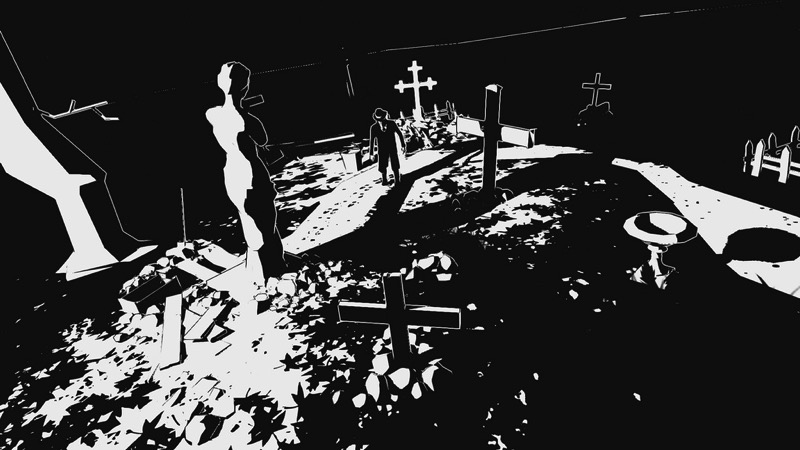 It was a dark night, heavier than a broken heart. With a storm bringing rain that fell like dead bullets, it was time to find shelter from the tempest. But like light bleeding through the darkness, there were more lies hidden among the truths. And it was all about a dame.

White Night is noir to its core. Black and white, it follows the trials of a man who is injured in a car crash as he seeks help and answers in a haunted house, finding more than he bargained for along the way. The chiaroscuro vision applies to all aspects of the game as light reveals objects while stretching out shadows along corridors and through doorways. It’s a game of stark contrasts that is beautifully realized. 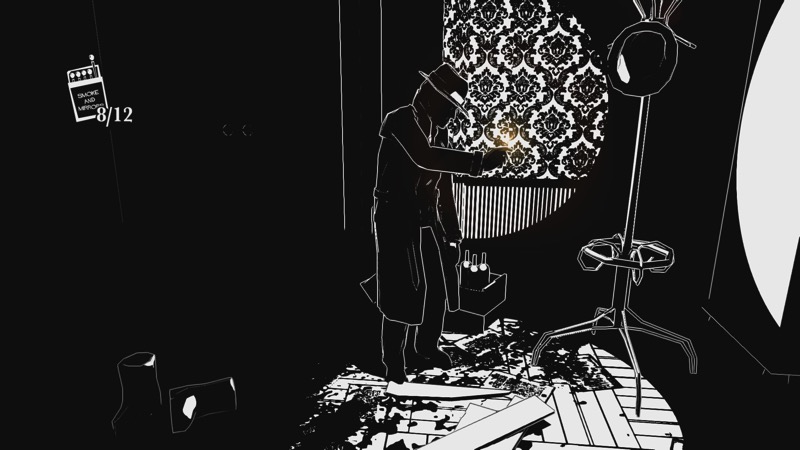 With hard-boiled voice overs and a fantastic jazz soundtrack, this Boston murder mystery looks at much more than the house its set in. Mystic River is simply a subset of depression era America in White Night, with a story slowly unravelling as you find newspaper articles, journal entries and notes hidden around the house.

The gameplay of White Night is generally much more straight forward than the storytelling. After crashing, players must solve a variety of puzzles that usually relate to using the light to find objects and trigger the next set of events. It is extremely reminiscent of the original Resident Evil or Silent Hill games as it all plays out in various third-person perspectives without the player having any control over the camera angles. 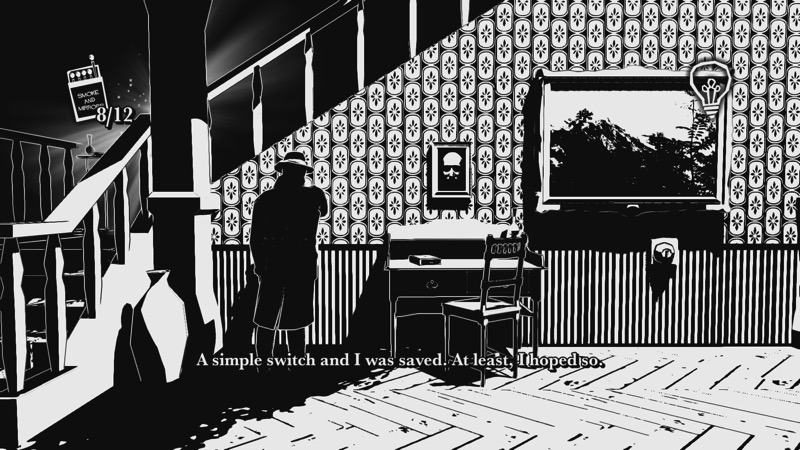 Plunged into darkness, players must use matches to light their way until they can find the electrical light switches (which may or may not work) hidden around the house. Matches are limited, though, although they are scattered throughout the house – something which is explained so as not to seem totally convenient. Saving in the game is also reminiscent of Resident Evil, with cosy armchairs to rest in serving as the typewriters in White Night.

Thanks to the stark black and white lighting as well as the deeply immersive music, the game quickly creates a tense atmosphere. Even during the day, the lighting and design can make you afraid of the dark. This fear of the dark soon becomes reasonable as ghosts appear in the shadows who can kill you instantly. The house itself is creepy, but the story it holds is even darker as we are introduced to Selena, the Norwegian jazz singer who lights your way in the darkness and whose voice is filled with far too much sorrow. 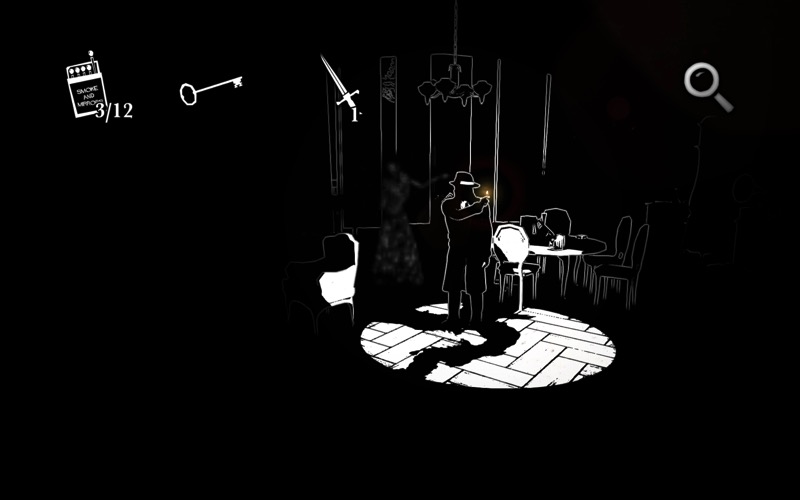 While the story has all the twists and turns you could hope for, the gameplay is less satisfying. Most puzzles revolve around figuring out a way to turn on the lights. While it works great to build tension and keep the atmosphere going, thanks to insta-deaths and zero check points, the game feels unnecessarily punishing. I found myself compulsively saving after every key moment for fear that I’d lose all my progress and need to redo the same sections all over again. Ghosts wait in the darkness for you. While sometimes they stay in the same general areas, others patrol like guards. This can be particularly frustrating when they are just outside the door when you walk through – combined with the change in camera angles it can be almost impossible to avoid the instant death and restart that they bring.

The tension of the game coupled with the frustration from the frequent deaths and reruns of various sections meant that I was forced to take many stress breaks. At least these extended the length of the game. From start to finish it can easily be played in an afternoon or evening, provided that unlike me you don’t get horribly stuck in certain sections. Of course, stopping to save an extra time did save me in the end. 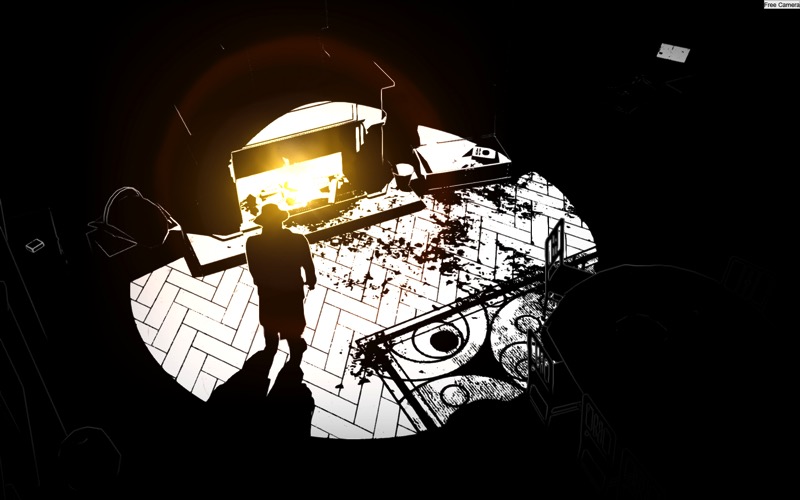 The puzzles throughout the game range from glaringly obvious to frighteningly obtuse, although they all end up manageable as you progress to the twist at the end of the game. You may just want to prepare yourself for some of those unfortunate design choices including forced slow walking.

White Night has some wonderful elements and many developers could learn about creating atmosphere and tension from this game. The aesthetic is such a joy and fits perfectly into the story and gameplay. Unfortunately, the punishing nature of the game at certain points gets in its own way as it interrupts the flow of the storytelling. While it’s an entertaining game filled with fantastic aspects, the stark contrasts between excellent and frustrating are as sharply apparent as the game’s visuals.