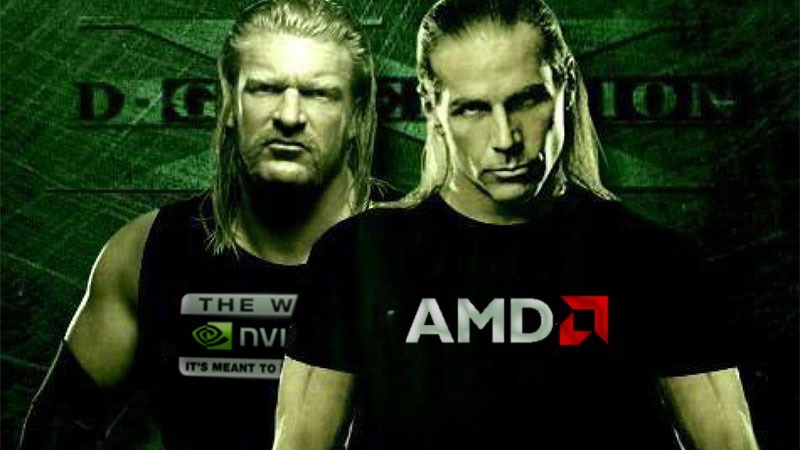 Newer APIs like Mantle and DirectX 12 offer a more direct, closer to the metal approach at utilising the hardware that powers PC graphics. They’ll enable developers to wrest better performance out of hardware, in much the same way that consoles have been doing for years. Graphics benchmarking suite 3DMark has been updated to included tools that utilise and compare DirectX 11, DirectX 12 and Mantle.

Games make thousands of draw calls per frame, but each one creates performance-limiting overhead for the CPU. APIs with less overhead can handle more draw calls and produce richer visuals. The 3DMark API Overhead feature test is the world’s first independent test for comparing the performance of DirectX 12, Mantle, and DirectX 11.

What the new tools do is measure draw calls, and from the looks of it, the performance gains to be had with the new APIs borders on the insane. First though…what is a draw call?

“A draw call happens when the CPU tells the GPU to draw an object on the screen.” With thousands of those happening for each frame, the number of draw calls a GPU can complete is obviously rather important.

And from Early tests, it looks like AMD’s hardware really, really works well with Direct X 12. In benchmarks from PCPer and PCWorld, it’s shown that AMD’s last gen flagship, the R9 290X is capable of as many draw calls as Nvidia’s current enthusiast card, the Titan X. It even outperforms  Nvidia’s GTX 980 by a 30% margin.

According to PC World, using DX11 the Titan X manages a maximum of 740 thousand drawcalls per second, with a substantial increase to 13 million, 419 thousand calls with DX12. In comparison the 290X manages a maximum of 935 thousand drawcalls with DX11, and 13 million, 474 thousand calls with DX12. So the 290X slightly edges out the Titan X in DX12 drawcall handling. In frame rate tests, PCPer found that where Nvidia’s GTX 980 only managed 2.75FPS in DX11, it output 15.67 FPS in DX12. AMD’s R9 290X, however, managed 19.12 frames per second in DX12 mode. It’s worth noting that these are of course synthetic benchmarks that have no real measure of real-world performance, and that the drivers from both Nvidia and AMD have yet to be optimised for DX12. Draw Calls are also just one metric, and the test makes no privision for floating point performance, integer performance, texture fill-rate performance, shader performance, memory bandwidth, vertex performance or just about any of the other back of the box things that sell video cards.

It’s also worth mentioning that 3DMark themselves say that you shouldn’t use this benchmark to directly compare video cards, making these early tests somewhat irrelevant. Still, it’s something for AMD fans to hold over members of Team Green while they wait patiently for AMD to reveal its new hardware.

Whichever side of the fence you sit on though, you’re almost certainly going to want to upgrade to Windows 10 later this year, as Direct X 12 is locked to Microsoft’s operating system. While it’s unreasonable to see full, 10x increases in performance in real world applications, Microsoft’s claims of a 50% increase in frame rates is starting to seem rather reasonable.

Speaking of sides of the fence…let us know where you sit.