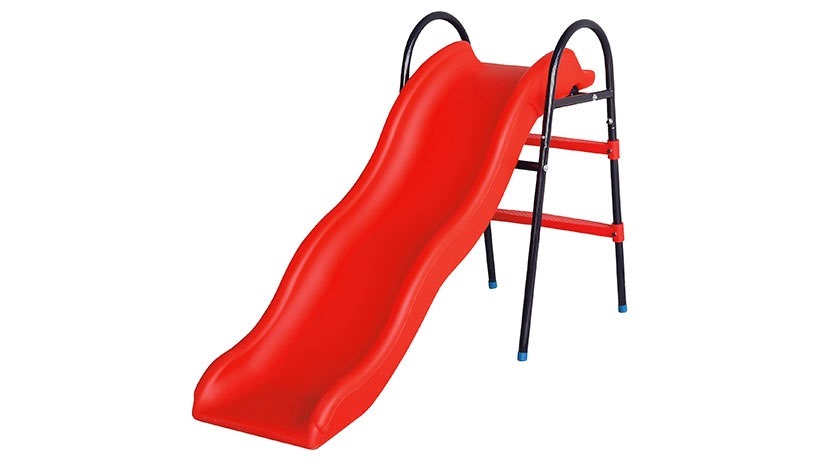 It was just a few months ago that we told you that Nvidia had a complete stranglehold on the GPU market – with 76% of the GPU’s in people’s machines running on Team Green’s hardware. We had hoped that the release of AMD’s new cards, the R9 300 series and its new stacked memory-packing Fury and Fury X that the situation would change a little. It has. But not the way anyone at AMD would like.

Since the release of the newest cards from AMD, the company’s market share has slid by a further 6%, giving Nvidia an even bigger commanding lead, with 82%. So says tweaktown, citing a report by Mercury Research. 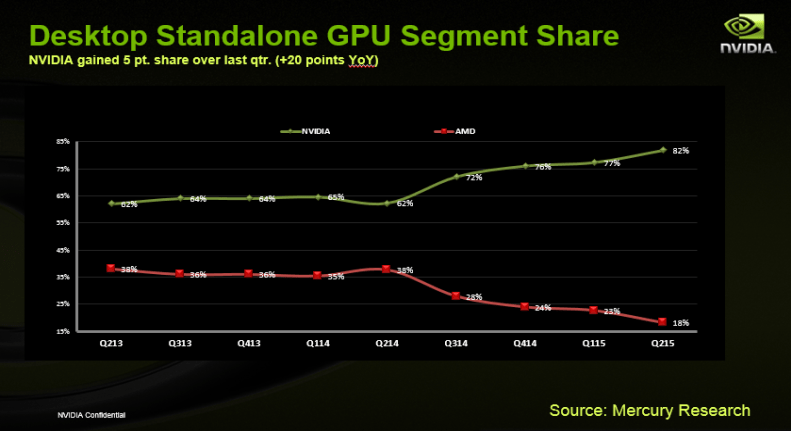 “Fast forward to now, where we’re in Q3 2015, and AMD has multiple new products on the market: the R9 Fury X, R9 Fury, R9 390X and a bunch of rebranded 300 series video cards. According to Mercury Research’s latest data, NVIDIA has jumped from 76% of the discrete GPU market in Q4 2014 to 82% in Q2 2015. This leaves AMD with just 18% of the dGPU market share, even after the release of multiple new products from Team Red.”

That’s not a good position to be in. There are of course many reasons why that is so, and a lot of it has to do with Nvidia’s Maxwell cards. The 970 still leads the pack as far as price to performance ratio is concerned, and the company’s newest 980Ti card still gives AMD’s latest single card solution a sound walloping – despite the advent and implementation of stacked High Bandwidth Memory.

And when you have the top performing card, that produces a ripple effect that has consumers opting for cards within that generation, even if AMD may provide better mid-range solutions – so it becomes a battle of mindshare as well, and not just market-share.

Something that likely hasn’t helped was AMD taking so long to release its new cards. When Nvidia’s Maxwell series was first released, it had effectively zero competition – and once the R9 300 cards were revealed to be little more than rebrands of rebrands and the Fury cards being the only interesting cards in their line-up, this outcome was inevitable.

AMD was first to utilise HBM, but even the faster memory didn’t help it speed past Nvidia, who will have their own stacked memory solutions in their Pascal cards, coming next year. AMD needs to play a serious game of catch up, but beyond that they need to innovate – something that’s looking like an insurmountable task.

That said, the fact that early Direct X12 benchmarks seem to indicate that the API helps push AMD hardware far more than it does NVidia stuff at the moment could be the silver bullet the company needs.