Home Gaming Bring back the magic of arcades through Virtual Reality 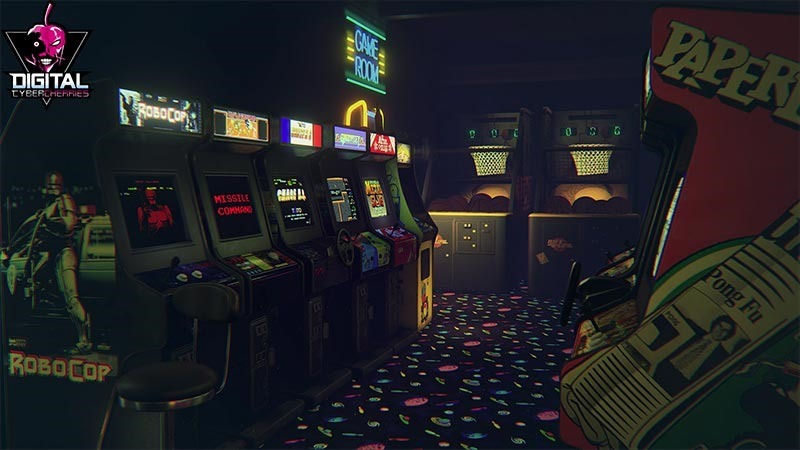 I grew up, spending my pocketsful of 20c coins in arcades. It’s where my love for videogames was born, before consoles and computers took over, and the wonderful, social arcade experience died a miserable death. I’m still quite fond of that sort of gaming; the games of old – which I now experience through the magic of emulators (legally grey as that may be) and virtual consoles on Nintendo’s platforms. I really wish I could explore a great arcade again, hopping from machine to machine, surrounded by the sorts of 80s and 90s paraphernalia that made them so enticing when I was a kid. And now I can, thanks to Virtual Reality – and so can you.

There’s a new bit of free software available that’s both a showcase for Virtual Reality and Unreal Engine 4 – and it’s the most compelling bit of VR software I’ve seen to date. New Virtual Arcade from Digital Cyber Cherries (via VG247) not only allows you to run around a virtual arcade and play games – but it’s a genuine emulator front-end as well. Load it up with roms for arcade and classic console systems, strap on a VR headset and you can party like it’s 1991. It’s a front end for MAME, and includes Gameboy, NES, SNES and Genesis emulation – and gives you the cool bulbous screens and scanlines you experienced playing these games in the past.

It also allows you to walk about a virtual arcade, its walls adorned with classic 80’s and 90’s film posters, and take in a spot of bowling or darts – and muck about with cassette tapes.  It’s pretty damned magical.