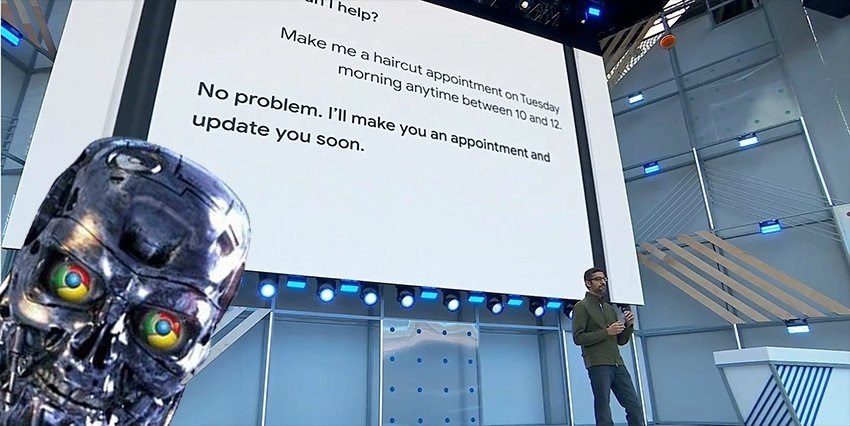 Google Assistant is a handy, AI-driven bit of software that helps you schedule appointments, get information and set reminder on your phone, using the power of your voice. It’ll engage with you, but it’s hardly the most natural conversationalist.

At its I/O 2018 event,. Google showed off the future of its assistant, and it’s mind-blowing stuff. In the near future, Google Assistant will be able to make calls for you, eliminating the need to deal with pesky humans ever again. Google CEO Sundar Pichar played back recordings of Google Assistant talking to humans, in a way that sounded incredibly natural.

“The amazing thing is that Assistant can actually understand the nuances of conversation,” Pichar said. “We’ve been working on this technology for many years. It’s called Google Duplex.”

Asserting that it wasn’t a staged demo and a real demonstration of the powers of Google Duplex, Pichar wowed the crowd with what has to be one of the most impressive technological feats in modern memory.

“The technology is directed towards completing specific tasks, such as scheduling certain types of appointments,” says Google in a blog post. “For such tasks, the system makes the conversational experience as natural as possible, allowing people to speak normally, like they would to another person, without having to adapt to a machine.”

It’s genuinely impressive, and for somebody like me who hates having to call people on the electric telephone, this could be life-changing.

This is incredible, as well as just a tiny bit frightening. Hello, Skynet.

GTA 6 could feature much more random and intelligent NPC behavior

Grand Theft Auto 6 might not officially exist just yet, but it’s only a matter of time bef…