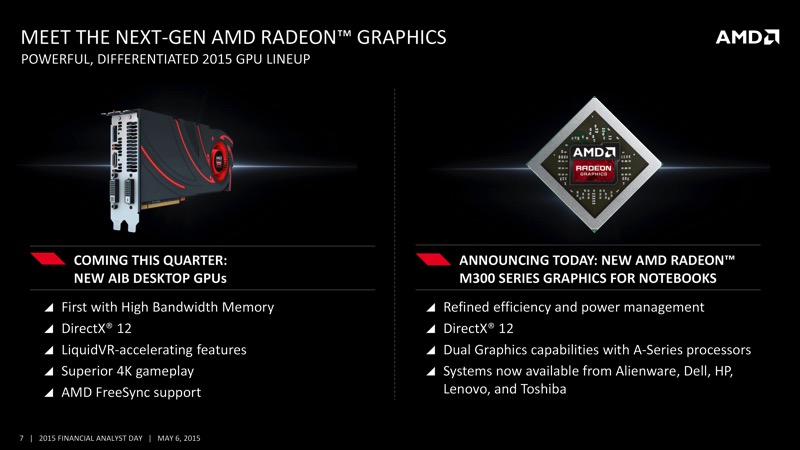 Nvidia has been making it rain with their launch of their Maxwell cards late last year, enjoying a few months of unrivalled dominance over the GPU market. AMD was always expected to have a response sometime this year, with their new R300 series due sometime in June. As we’ve expected though,  AMD will debut High Bandwidth Memory – and AMD really wants to make a statement with their flagship R9 390X

During their financial analyst day yesterday, AMD CEO Dr. Lisa Su revealed the company’s plans for their next wave of GPU launches. This included DirectX 12 support, AMD FreeSync support and the debut of High Bandwidth Memory. Though we’ve suspected the new cards would feature HBM, AMD themselves have stated that the new memory technology would only be ready next year – which means the sudden success of Maxwell could’ve forced them into a corner.

Which is probably a great thing for those of you holding out and waiting to see what AMD has to offer. High Bandwidth Memory is a big step into the future, offering memory speeds within the 512GB/s – 1TB/s range. That’s a massive step above the current 336GB/s of a Titan Black, which is still stuck on regular GDDR5 memory bandwidth. 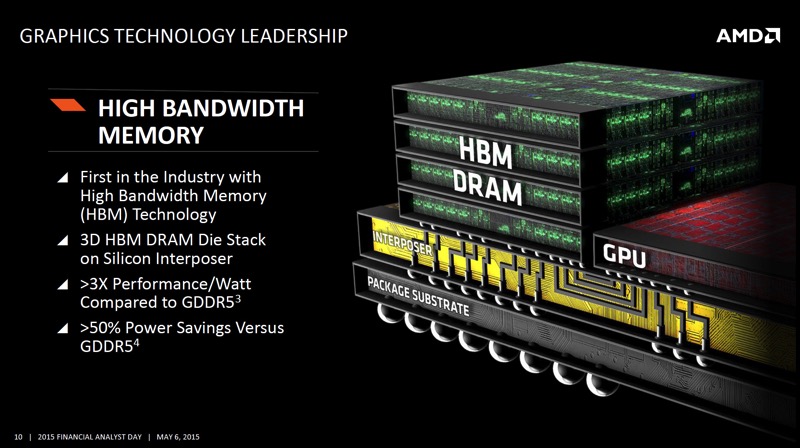 HBM allows memory bandwidth on the GPU to be blown wide open, which comes in handy when trying to render games at higher resolutions (as well as VR). AMD is clearly aiming at the 4K crowd here – where a 8GB stacked memory buffer and faster speeds will definitely take the crown over anything Nvidia has on the market at the moment. The inclusion of HBM is also allowing AMD to cut down power consumption and create smaller cards, as they stack the memory on the same package as the GPU.

The guys over at WCCFTech managed to get a small look at the new R9 390X, which looks like it will ship with a reference water cooling block as well. The design is said to be half the length of the current R9 295X2 flagship. 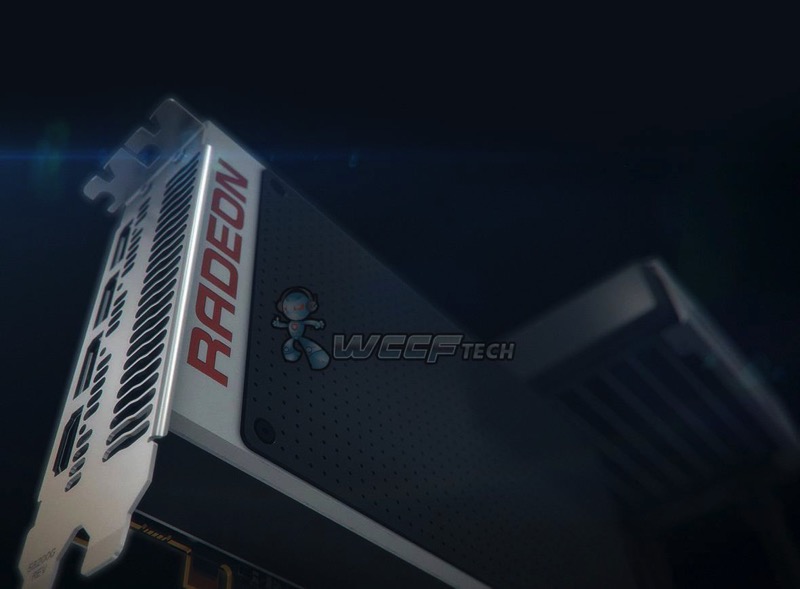 AMD has promised a lot more information regarding the new line at Computex and E3 next month, with a probably launch at the end of June. If you’re looking to upgrade, give it a month. I think you’ll want to see what AMD has to offer.