Home Gaming How much difference does Mantle make in Thief? 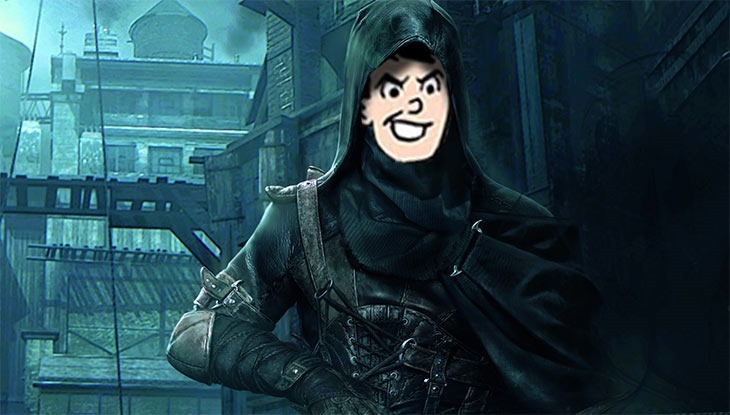 The very first game to support AMD’s Mantle API was Battlefield 4. Mantle was sold as an API that would give developers low-level access to hardware, similarly to how consoles work. As we saw with the performance differences in Battlefield 4 with Mantle enabled, it really only delivered significant benefits on lower end, CPU-bound scenarios. With its latest patch, Eidos Montreal’s middling Thief becomes the second major game to support Mantle. How much difference does it make?

Once again, it entirely depends on what sort of hardware you’re packing – but it’s quickly becoming clear; Mantle is nearly worthless to Pc gaming enthusiasts. Instead, the biggest gains to be had come from the lower to middle brackets, which can see gains of up to 36%. that’s nothing to be sneezed at, especially for lower-priced PC systems – which are exactly the sort that would be competing with today’s new consoles.

Here are some graphs, courtesy of Anandtech. Here’s the system they used for the test:

They switched from using High settings, which is more GPU intensive, to using low settings, which are far more taxing on CPU. As we can see, the biggest gains came from CPU intensive tasks – while the gains on the sort of enthusiast settings, on high spec machines are negligible. 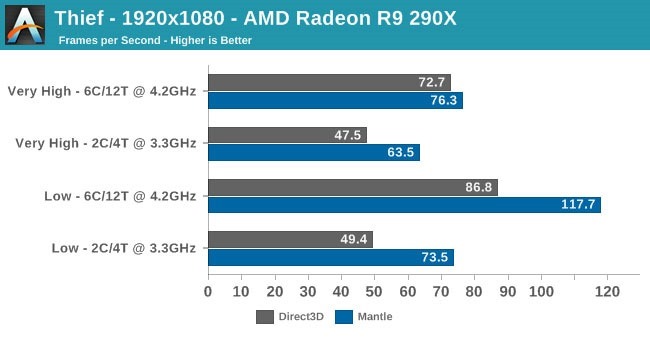 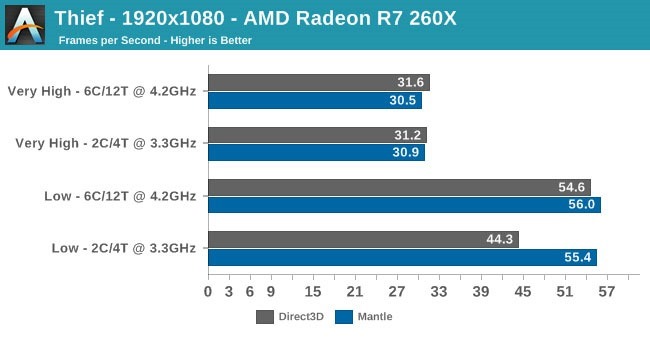 In the end, Mantle certainly demonstrates performance gains in its intended scenarios, though how much use the API will get depends on what happens with Microsoft’s DirectX 12, which they’re debuting at GDC this week. If it also provides low level access, as rumours suggest, its familiarity amongst developers could put an end to Mantle before its even matured.