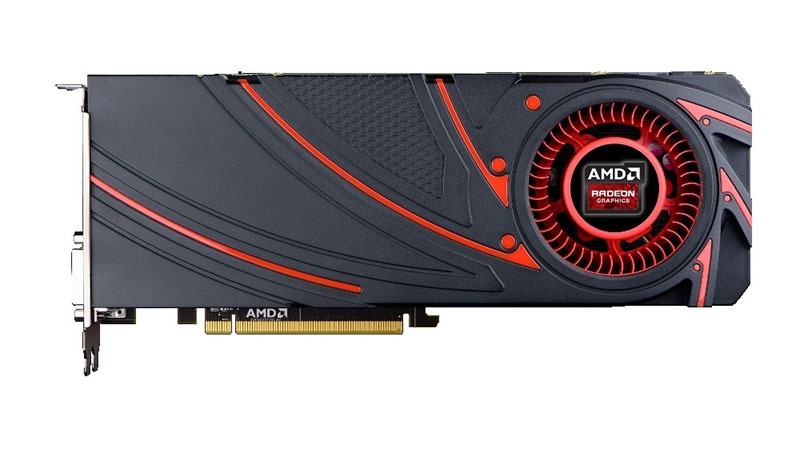 We still don’t know very much about AMD’s next big card, the R 390X. We’ve been led to believe that the card will be debuted at Computex in June this year, which the casual observer might believe is a bit too little, too late – especially given that Nvidia’s already showing off its new ultra-enthusiast card, The Titan X (which we’ll be a getting a lot more information on tomorrow from Nvidia’s GPU tech conference). A purportedly leaked internal slide for AMD’s new card, codenamed Fiji, suggests it could be a beast. 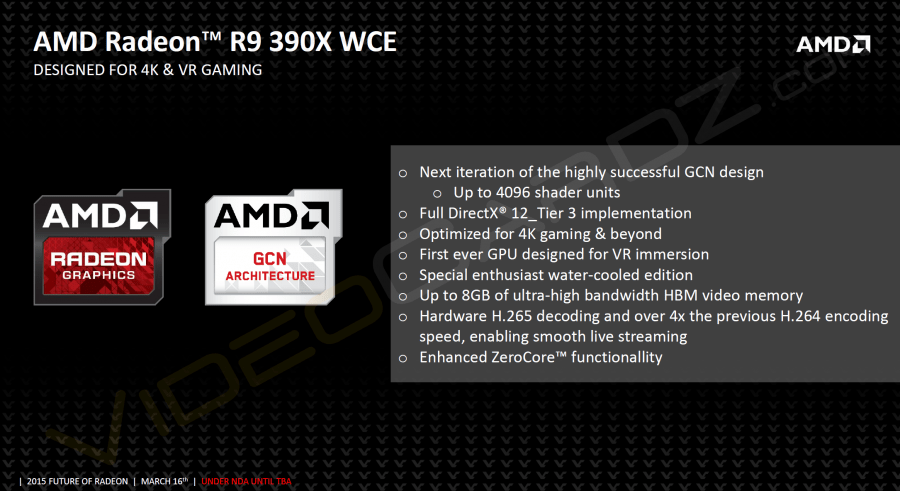 Yes that typo cast serious doubts about the slide’s validity, but if it’s in any genuine, it suggests that the next Enthusiast card from Team Red will have up to 4096 Shader units, which is 25% higher than the number reported for Nvidia’s Titan X. It also says we can expect up to 8GB of the company’s new implantation of HBM stacked memory, which offers 640GB’s of memory bandwidth. While on the fence with regards to the validity of this (leaning very much towards it being bogus), new benchmarks from Chinese-language site Chip Hell seem to paint a similar picture; that AMD’s next card is going to be very powerful indeed.

Note : these numbers are in reference to the R9 290X’s performance as a baseline , and not an indication  of FPS. 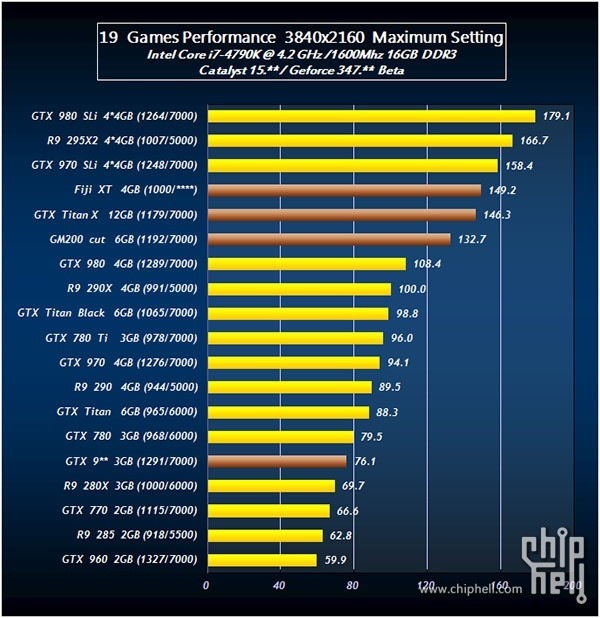 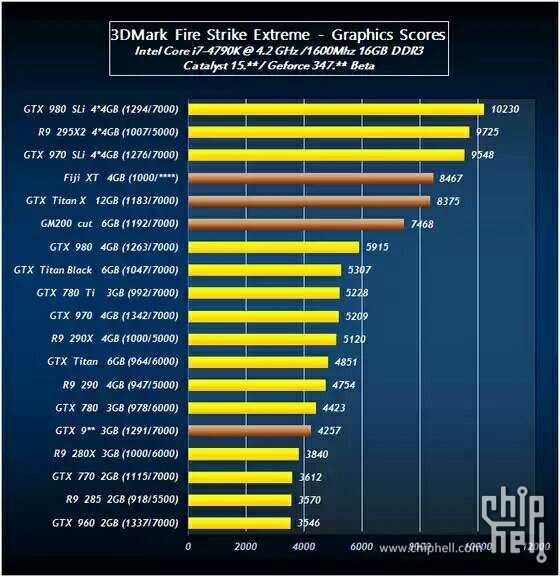 If they’re true, they suggest that AMD’s new card will be the most powerful single card solution available, besting Nvidia’s unreleased GTX 980 Ti, and even the company’s 12GB monster, the Titan X.

According to rumours from WCCFTech, it could be significantly cheaper than either of them, returning the price-to-performance crown to AMD. As is usual with this sort of thing, take it all with a Table mountain-sized bit of salt.