I’m a bit of a fan of Logitech’s peripherals, and I have been for years. I bought their MX1000 laser mouse, back when that sort of laser-tracking optical technology was new and if you had one, you’d know it was a rather impressive piece of technology.

Well, as impressive as pointing devices really can be. It was the mouse that finally convinced me that wireless mice could go beyond just being, but could actually be a joy to use, for a wide range of applications, including gaming. Its MX series has continued to shine – giving us excellent rodents by way of the MX Revolution, and the flagship Performance Mouse MX. 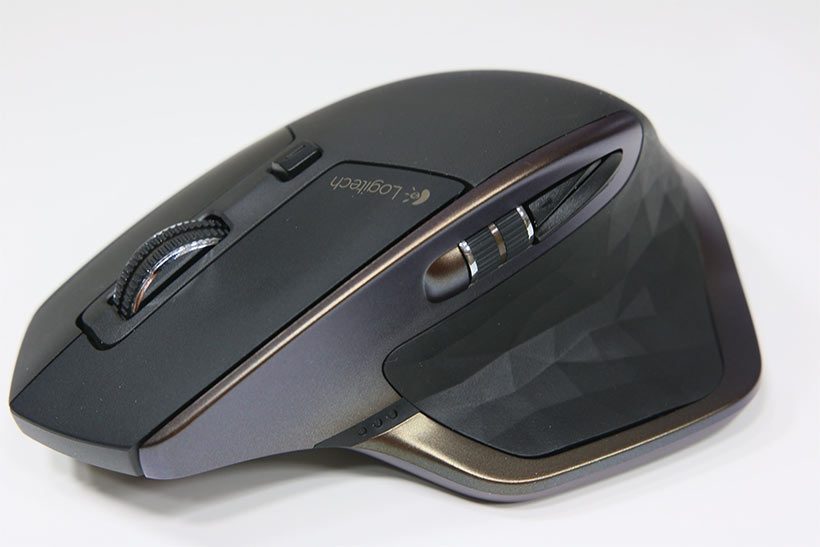 Those have now been outdone. Logitech’s new MX Master – a wireless, rechargeable mouse – is one of the nicest I’ve ever used.  It offers tons of connectivity options, great performance, excellent polling and refresh and works on just about any surface. It is, as you’d expect, a little on the expensive side, but it’d be money well spent.

I don’t usually go in much for aesthetics when it comes to my pointing devices, but there’s no denying that the MX Master is a beautiful mouse, with its champagne gold trim. Setting it up to use is a cinch. Like many of Logitech’s wireless peripherals, it comes with a unifying receiver, which allows you to connect up to six devices to one single, tiny USB dongle. Plugging it in, pressing connect, and finding the mouse working seconds later is great – especially as it had connected to the unifying receiver already wedged in to the back of my PC. There’s more to it than that though. 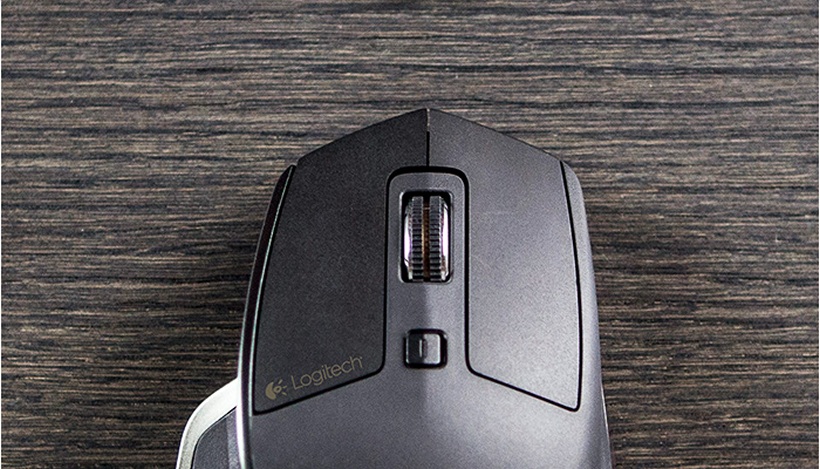 The MX Master has a little toggle at the bottom, allowing you to switch between three connections. If you happen to have another unifying receiver lying about, you can pair it, on a different channel, to a different receiver. This allowed me to move the mouse between my Laptop and my desktop at the flick of a switch – something I’ve wanted Logitech to implement for years. It uses a 2.4GHZ wireless tech that is, for my needs, indistinguishable from a wired connection.

Not everybody has a desk-drawer full of unifying receivers though, but Logitech’s not silly; the mouse also comes with full Bluetooth connectivity, so you can use the receiver on your desktop, and connect vie Bluetooth on your Laptop, or sufficiently smart TV.

There is course more to it than mere connectivity that made me excited to use the MX Master though; it’s super smooth, and works on just about any surface, thanks to its implementation of Logitech’s wordy and ominous sounding Darkfield Laser sensor. It’s a PR branding name, but suffice to say, it works as advertised, with the mouse gliding smoothly and working on just about everything I tried it on; my pants leg, my knobbly wall, and of course, a glass table. 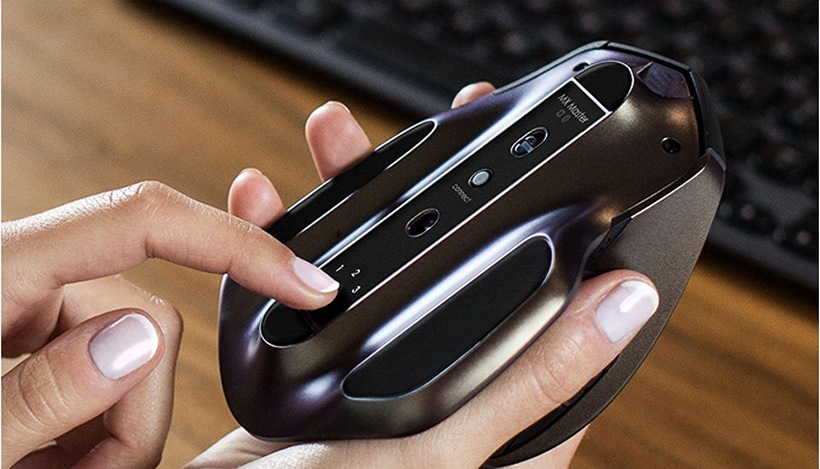 It’s not built for the incredible, sniper-point precision you’d find in many high-end gaming mice, but has nominal operation of 1000dpi, which you can dial up to 1600dpi. It may not be the best mouse for Counter Strike professionals, but I found it served my gaming needs more than adequately – and is precise, smooth and decidedly responsive. As long as you’re right handed that is – the MX Master is not made for lefties, which is obviously a pity for those mutant freaks who’re right brained.

It’s got just 6 functional buttons; the usual three where your fingers likely sit, a pair of hard to press backwards and forwards buttons nestled next to the horizontal scroll wheel and a single, handy one hidden on the mouse’s thumb-rest. Pressing that, by default, brings up the Windows 10 Task view, which I found myself using far more often than I imagined. If you hold it down, you can also use it for all of those gestures the cool touch-screen kids like to use.

My very favourite thing about the mouse though, is its scroll wheel. Yes, like just about every other mouse on the planet right now, it double up as a middle click, but it’s got a sexy ratchet mechanism to it that is both clever, and somehow, addictive. If you’ve used one of Logitech’s G series mice, you’ll know that it’s equipped with a little button under south of the scroll wheel that once clicked, frees the scroll-wheel, allowing you to spin it with reckless abandon, so you can scroll through long lists and documents at breakneck speed. The MX Master has one of those two, but it also has an adaptive, ratcheted wheel; spin it fast enough (you can set the sensitivity) and it automatically switches from click-to-click to hyper-fast scroll, and back. And it’s something I couldn’t stop using; when sitting at my desk, just thinking, I’d scroll the wheel as fast as I could, letting the ratchet disengage, and re-engage. 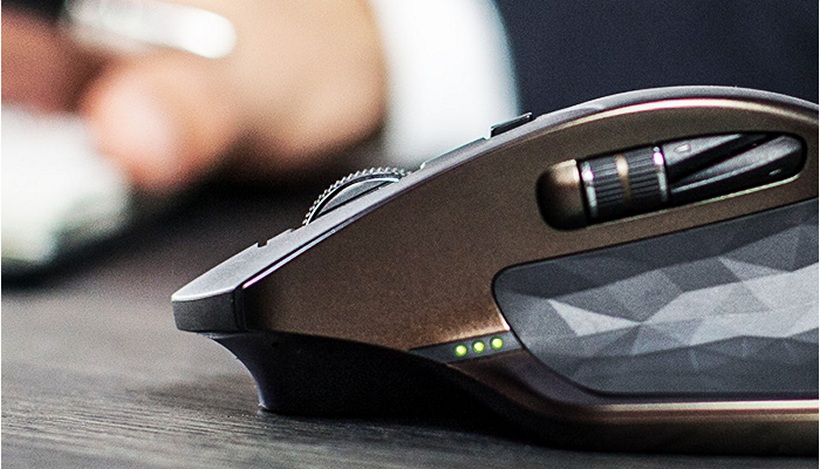 Obviously, because it’s wireless, battery life is an incredibly important consideration. The MX Master’s longevity is incredible. According to Logitech, you can get 40 days of 6 hours of usage out of a single charge, and that’s not much of an exaggeration. In the weeks I had the device, I charged it only once – and I spend up to 10 hours a day sat at my desk. If you do happen to let it run flat, plugging the included micro-USB cable in to the front of the thing lets you use it as a wired mouse.