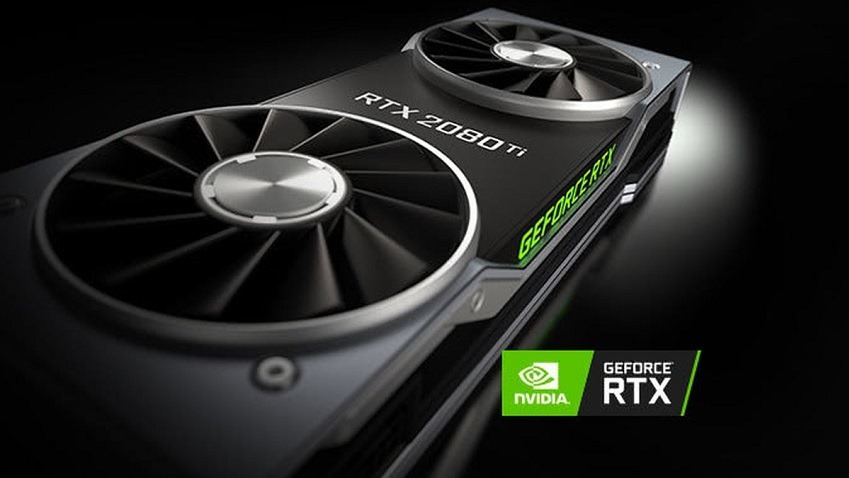 Nvidia really kicked their Gamescom off in the best way possible, revealing not one but three brand new graphics cards to ring in the next Turing generation on consumer gaming chips. The event wasn’t without fault though. It went on for far too long trying to minutely explain what ray-tracing was, and making sure that everyone watching wanted to have it. So by the time Nvidia actually got to announcing the cards, they omitted some crucial data. We know the Turing cards are capable of real-time ray-tracing, but how do they perform compared to the current cards on the market?

That might seem like an odd question. Of course cards capable of ray-tracing will be able to beat out the GTX 1080Ti in a fair fight, right? Sort of. Turing as an architecture is radically different to what Pascal is, in part thanks to Nvidia’s design that even allows ray-tracing in the first place. New Tensor cores sit alongside the traditional CUDA ones, which give the card the edge in specific types of data churning. But when it comes to regular rasterization, those processes don’t correspond 1:1, which left many wondering just what type of performance they’d get if ray-tracing is turned off.

Nvidia hasn’t waited though, claiming that the RTX 2080 (that’s the middle one with the 2070 and 2080Ti alongside it) has around 40-50% faster performance than the GTX 1080 in most titles. Nvidia released a graph (via Videocardz) that shows the performance gap, and includes some samples that use DLSS (the Deep Learning Super Sampling, that acts as a new-age anti-aliasing). Along with the projected figure, Nvidia also named a handful of titles that will run at 60FPS or higher at 4K using the RTX 2080, and it’s pretty much the cream of the crop. 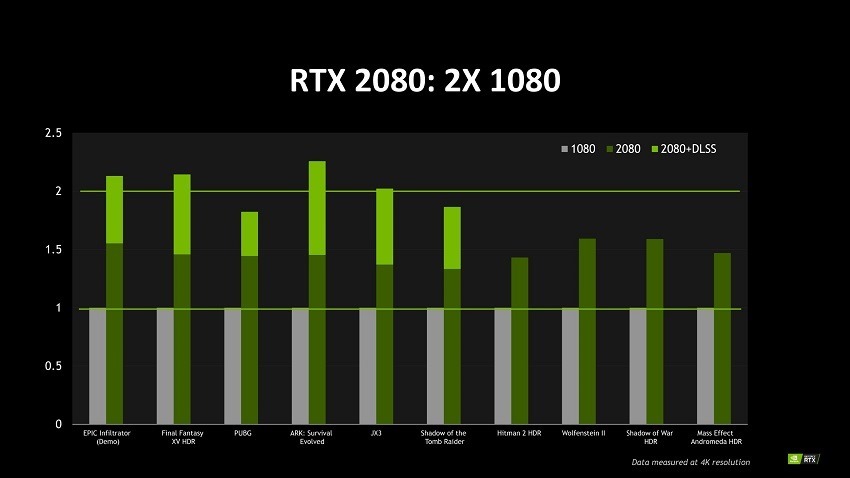 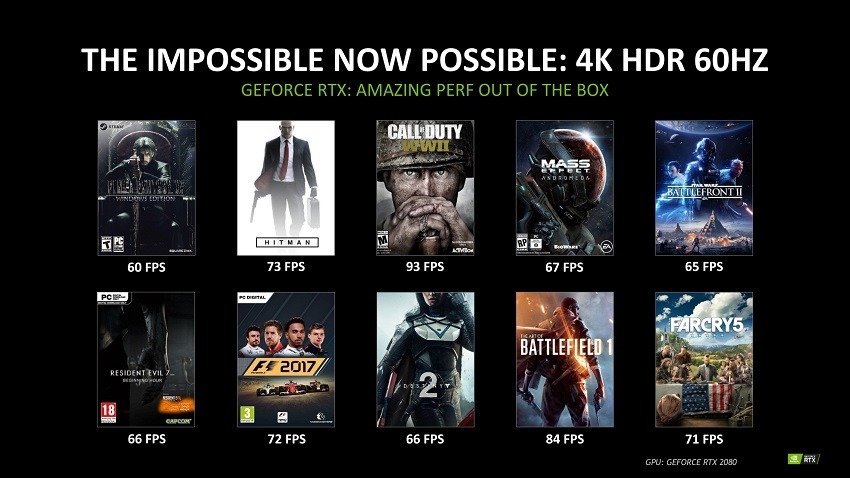 This makes the two lower end RTX cards a little more alluring now. The GTX 1080Ti launched for the same price that Nvidia is asking for the RTX 2080, going at a rather high $699 (although most retailers have it at $100 higher). Although the comparison is to the lower end 1080, you can expect gains over the Ti version as well. And let’s be frank, the GTX 1080Ti isn’t running most games at 4K and 60FPS, so the extra bump in performance at the same starting price seems logical. The RTX 2070 priced at a lower $499 gets closer to the launch price of the GTX 1080, and will certainly offer more performance. It might not be to the same degree, and I’m interested to see how it performs next to a GTX 1080Ti.

But that still leaves the RTX 2080Ti in a strange spot. Nvidia isn’t showing off how much faster their ultra-premium card is, and reports are already suggesting that games such as Shadow of the Tomb Raider running at standard HD with ray-tracing on isn’t able to hold a solid 60FPS. That’s asking a lot then for a card that costs in excess of $1200, even if you’re just looking for the smoothest 4K experience around. Although some more demos of ray-tracing make a far more compelling cases to actually keep it on.

Nvidia might have wanted a knock out the park with their briefing on Monday, but the waters around Turing are muddier still. It’s only a month until they are out, so there’s still lots of time for more strict testing in wider scenarios.