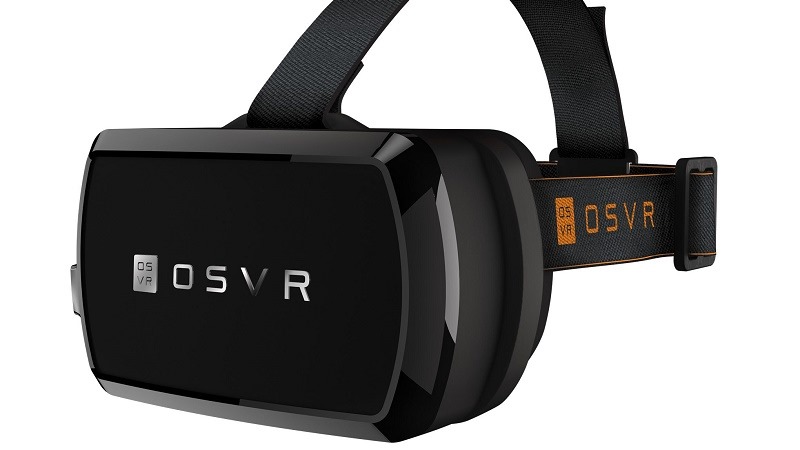 Virtual Reality has been making a steady comeback over the past few years, but 2015 is the year when it’s really going to explode. Oculus VR is expected to finally launch the Rift, along with Sony’s Morpheus and a handful of other third-party manufacturers. So it’s not that surprising that other big hardware names are getting in on the action, right?

Razer has finally arrived at the party. The PC peripheral manufacturer is one of the top in the world, and now they’re dedicated to growing the Virtual Reality space with their own, cheaper headset. The Open-Source Virtual Reality headset, or OSVR, isn’t meant to be a competitor to the Rift, but rather a cheaper alternative to help build the market for years to come.

There’s proof of that not only in the specifications, but price too. The $200 headset features a 1920×1080 FHD display, with 401ppi and only 60FPS. It also comes with the necessary integrated accelerometer, gyroscope, and compass, but not a camera for position tacking. That’s a step down from what the Rift is pushing out, but also at a much lower price. Razer wants more people creating experiences for VR, giving potential developers and cheaper and more accessible route to making their visions come alive.

For that reason alone, the the dev kit that comes with the headset will be as open as possible in order to allow virtually any developer to use it. Anything developed in Unity 3D or Unreal Engine will will be immediately supported, while also working with the Oculus DK2 dev kit. The OSVR headset only omits Mac users, with support on Windows, Linux and Android.

With interchangeable parts and a price to beat, Razer’s OSVR headset could make massive strides in developing the VR ecosystem that will be needed for this trend to survive. It’s also the first step towards a more varied VR landscape, which gives us a lot more choice when purchasing the future gaming hardware. I’m sold on a VR future; are you?