Keyboard reviews always seem like a silly affair. It plugs in, you type, the letters appear on the screen, the end, right? Well, not all keyboards were created equal, and the SteelSeries Apex M800 claims to be the first of its kind. Instead of the usual all-around use keyboard, or MMO keyboard, the M800 is an FPS keyboard, and features some specific elements to make it appeal to the gamers who like to get their pew pew on. But is it actually any different to the usual gaming peripheral? 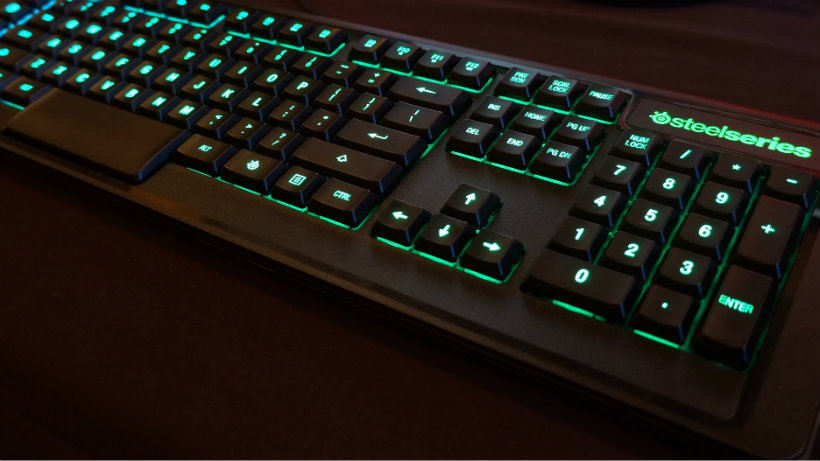 As one of the more prominent peripherals that you will use in your day, the keyboard sits front and center on most people’s desks. That means it has to at least look somewhat interesting. The Apex M800 goes above and beyond in this regard. Like most gaming keyboards, it is black and rather large, but not ridiculously so – it fits nicely on my desk without requiring me to move everything around to make room. Plus, with two USB ports in the keyboard itself, you won’t need to use a port expander to use this keyboard while still using your other usual USB devices.

As usual for SteelSeries, the keyboard can be fully customized in its lighting. I managed to match my resting keyboard colors to the lighting scheme on my headset using SteelSeries Engine 3. It’s a bit silly to think about how much time I spent fiddling with the colors, but it really was rather fun to play with. Customization options even let you turn your keyboard into a flag, or a warp sequence. Again, it’s silly, but I actually like that the keys change colors when I type – it’s not that I need to look back and see which keys I hit the most, but it was strangely cool to look down and watch the keys fade back to the resting color. 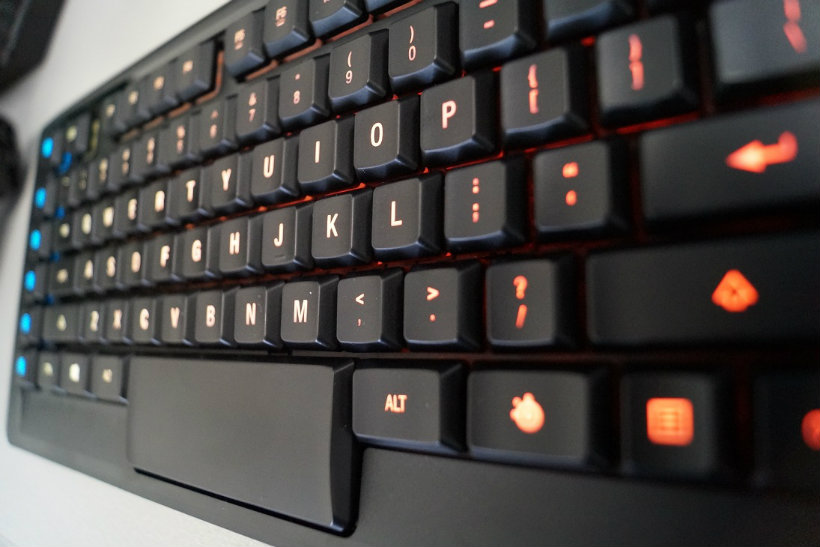 The Apex M800 has a rather large space bar, handy for those who touch type and maybe don’t always have their thumbs in the right places. Plus, for those who hit the space with either thumb (I hear rumour of your kind although I’ve never met you) it is comfortable and easy to reach.

The mechanical keyboard is extremely satisfying, offering that unique clack that so many people know and love. However, this mechanical keyboard is still extremely sensitive. For those who are used to membrane keyboards, or who type with a relatively light touch, this shouldn’t pose a problem. However, if you happen to slam your keys when you type, you might notice that the keyboard picks up more keystrokes than you were hoping for. I found that I adapted to the keyboard rather quickly, using it for all my typing needs (which are plentiful) with minimal typos after the first day or so. Some people may find it takes longer to adapt to, though, as it really is a unique blend of mechanical and sensitive. 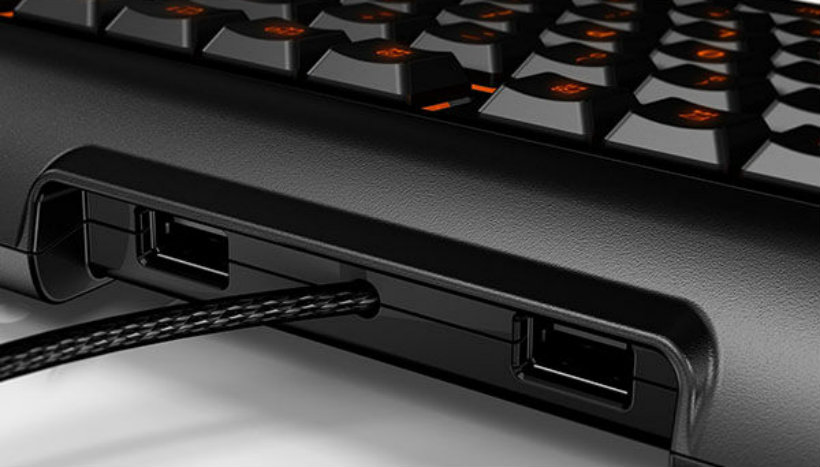 As usual in gaming keyboards, the M800 includes a bunch of programmable macros, as well as the ability to customize each key. In fact, the M800 can also detect if you’re playing CS:GO as compared to Minecraft, and shift your Macros accordingly. Thanks to the improved sensitivity in the keyboard mentioned above, it certainly can help in FPS gaming where millisecond response times can be the difference between life and death. The same could also be argued for MOBA skill shots and other timed actions in games.

The price point is a rather high, especially if you’re primarily buying this for your FPS gaming and struggle with the sensitivity for normal typing. However, it does feel incredibly high quality and will probably last you even though the most frustrated button mashing sessions.