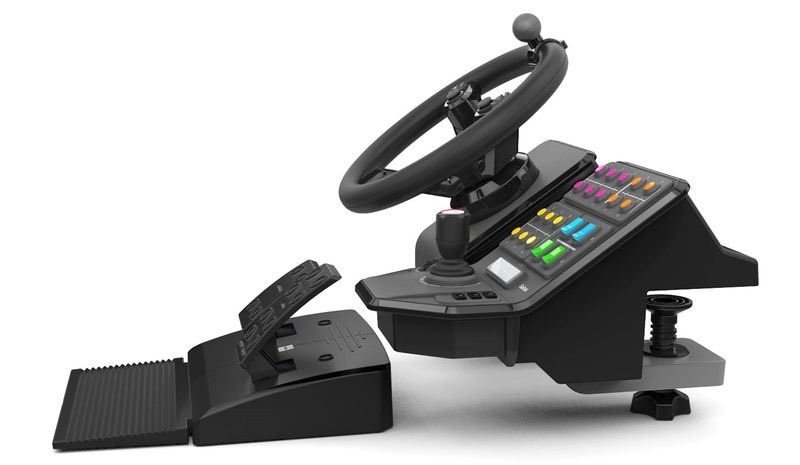 I love stupid, extraneous peripherals. For a long time in the early days of the Wii and its stupid, expensive peripherals, it was my beat. I love ‘em, though none are so famous, and so singularly focused than the large and unnecessary controller Steel Battalion – Capcom’s Mech shooter for the original Xbox. It’s dumb, cost a fortune, and only worked with one game. Joystick manufacturer Saitek isn’t happy with that, and wants to be the champion of stupid controllers… they’re making a $299 one made specifically for Farm Simulator.  (via Polygon) 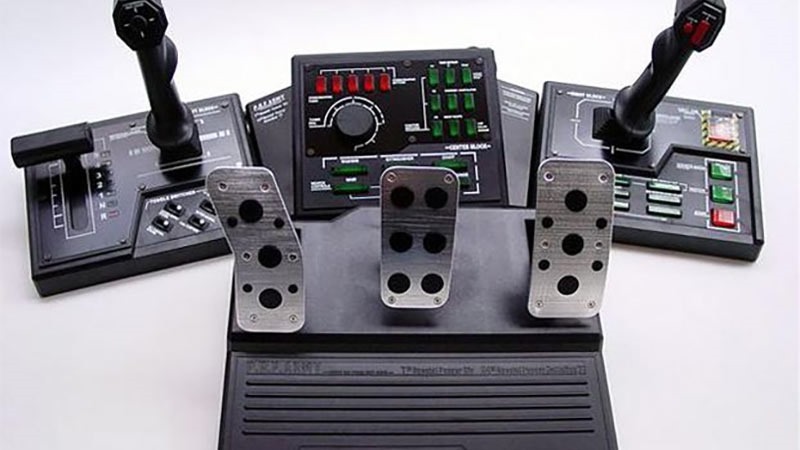 Now before you laugh (woops! Too late!), there’s probably a market for this thing – for people who want the very best digital agricultural experience that money can buy.

And they’ll be getting with a Steering wheel and pedals (including that tractor knob!), and a side panel that includes 20 programmable buttons. It’ll be available for $149 for just the wheel and pedals, or $299 for the whole damned thing.

Farming Simulator is one of those things that you’d imagine nobody in their right minds would play, and yet it shows up on the most popular bits of software in many a list – including the sales charts here in South Africa.

Many report enjoying for the zen-like calm state that doing rote, mundane and repetitive actions akin to actually doing menial work can bring. I ain’t judging.

A day in the life of a digital farmer

For some reason, Farm Simulator continues to be unfathomably popular. There's a new one co…