Home Technology The Transformers are here! Take a look at what this shape-shifting drone can do 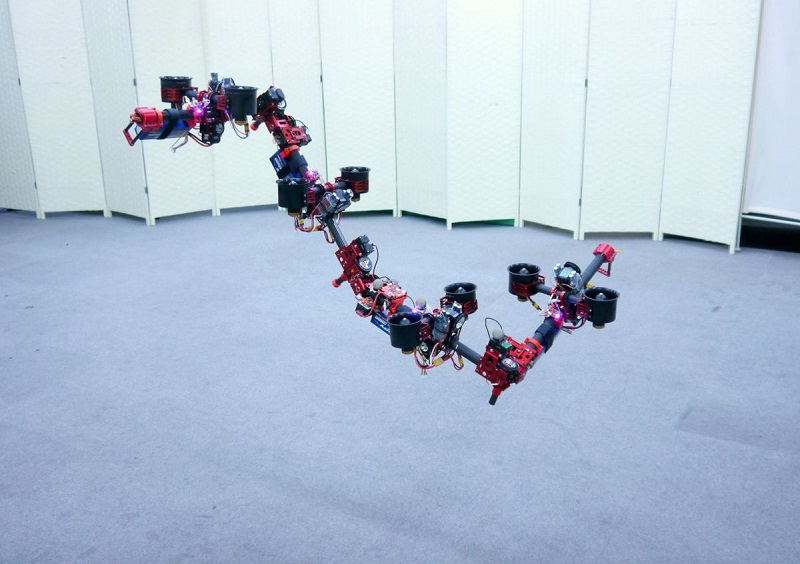 Flying drones can be a lot of fun provided you know what you’re doing and you actually have enough air-space to manoeuvre them in. When it comes to getting drones through tight air space, then it becomes a little more challenging and requires some deft skill to navigate successfully. Or if you’re like me, don’t attempt to do so at all because why take the risk with something so expensive.

With small drones these concerns are less of an issue, but as drones get bigger or more complex as people try and figure out more things to do with them, navigating drones will become a deft art of dexterity. Of course there is always AI, which will probably end up being a lot more reliable than our human capabilities ever will be.

It gets even better however, because now not only can drones navigate their way around certain aerial objects, but researchers at the University of Tokyo’s JSK lab (as reported by IEEE) have now ccreated a drone that can change its shape depending on what works best for its situation. Titled the Dragon Drone, this big mechanical snake is actually made up of several small drones and capable of transforming on the fly. Not only can the drone change into different shapes, like a square or a curved line, it can also autonomously decide what shape it needs to be so that it change into it depending on the space it requires to navigate.

Take a look at this video of the drone in action and it becomes clear that the idea of transforming robots is perhaps not that far away:

According to The Verge, the name of the drone is actually an acronym, standing for “Dual-rotor embedded multilink Robot with the Ability of multi-deGree-of-freedom aerial transformatiON,” or DRAGON for short. If there ever was a convoluted way of forming an acronym, that is it right there, but thankfully it exists because that bigger name is just not going to roll off the tongue so well. Additionally, the inspiration for the design was said to be modelled off of traditional dragon kites, where the tail is made up of a series of smaller interlinked kites. 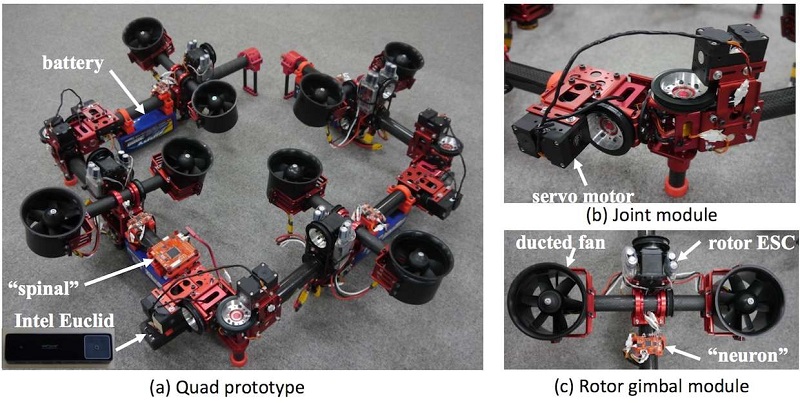 The small drones are each powered by a pair of ducted fans that can be adjusted to vector thrust in almost any direction. The whole thing is powered by an Intel Euclid dev kit and has a battery pack along the spine that provides up to three minutes of flight time. Right now, that’s obviously not very useful and there is little actual application in the real world for how a drone like this could be used currently. I guess it’s the bigger implications of what can be achieved with the further advancement of AI and it won’t be too long before someone creates a Decepticon AI, puts weapons on these things and we land up in a Michael Bay movie.

Once again, I find myself needing to find ways to find favour with our robot overlords before it becomes too late.