Home Gaming Virtual Reality will be hard to sell 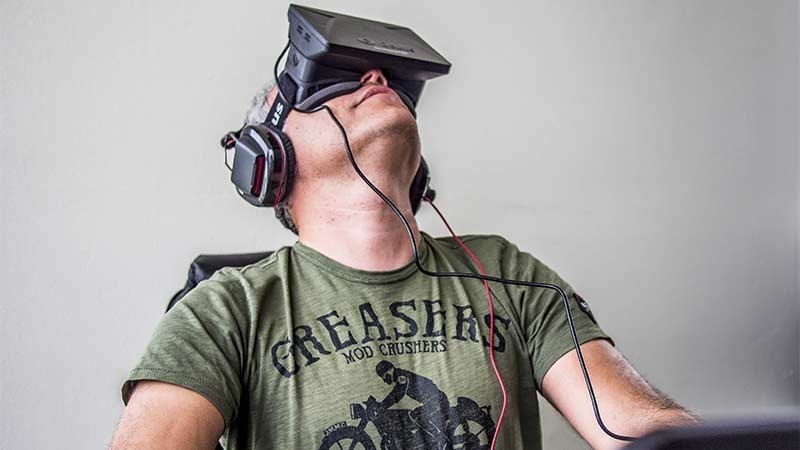 Virtual Reality, if you go by the buzz in the industry, is the next big thing in games. Many developers and publishers think so too, including current Epic boss, Tim Sweeny. Former Epic executive, Mike Capps believes it’ll be a hard sell – mostly because people do not like wearing stuff on their faces if they don’t have to.

Speaking with GI.biz, Capps said that having to wear glasses was the primary reason 3DTV didn’t take off – and a large, clunky headset is like glasses on steroids. Couple that with the fact that VR needs a rather expensive headset and a suitable powerful PC, and it’s something many consumers just aren’t going to adopt en masse.

“There’s so little tolerance at the consumer level for that kind of an investment,” he said. “I think one of the things I’m most curious about – you look at 3DTV as a super easy to use technology that is really unfettered. Just a pair of polarized glasses and people didn’t use it because it wasn’t worth the trouble.

“The content difference was there. 3D Avatar looks way better than non-3D Avatar… If slipping on a pair of flicker glasses, is too much trouble – then the idea of, ‘Ok I’m going to put on my head mount rig and fire up my liquid cooled PC in order to make it happen’ isn’t likely to take off.”

Capps is hopeful though. He hopes that VR does cause a revolution – even if it may take a while before mainstream consumers latch on to it. It’s a tricky thing, because any bad word about VR once it’s available to consumers and it’s over.

“Any reports of nausea and vomiting and it’s game over in a hurry, as Carmack said in his talk, ‘We ship a bunch of these Gear VRs and have an 80% return rate and everyone’s throwing up and then that’s the end. It’s done. No one’s going to buy it next round.’

“So please, gosh, guys, don’t screw it up. Take all the time you need,” Capps said.

He believes Augmented Reality – like Hololens or the improbable Magic Leap – would be an easier thing to market to the average consumer, even though it requires extra headgear as well.

“If I slap a headset on, I’m no longer dad. So there’s a huge number of use cases where people cannot afford to shut out the world even though it’s a wonderful way to maximize your entertainment experience.”

Current Epic boss Tim Sweeny feels that VR will succeed where 3D failed – because of its unbreaking immersion.

“Unless you are standing in one magical position, the moment you go beyond just a 2D image on a screen your brain circuits kick in that this is supposed to be reality and if it is not perfect it is incredibly jarring,” he said to GameInformer.

“With VR you are in that one magical position, your eyes are properly located relative to the screen so you have to control of each frame of the image for every viewer of the game which does not happen with a lot of people sitting in a theater and so it can be done perfectly.”