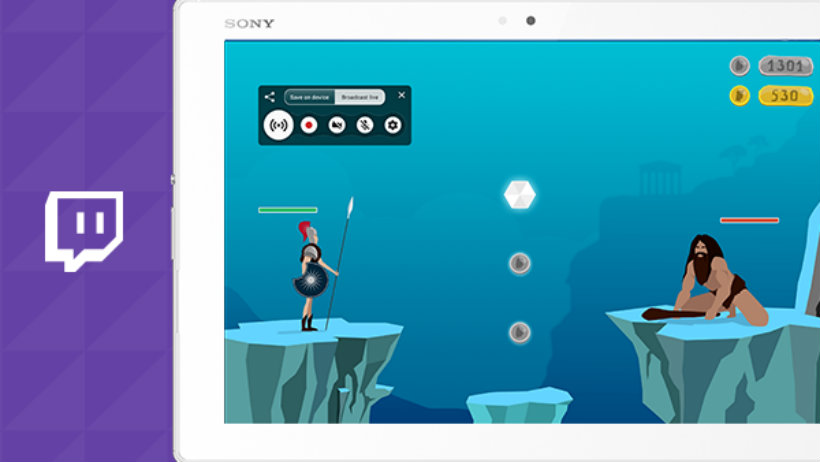 Live streaming is taking over the world. Twitch gets ridiculous numbers of viewers, especially for big titles and major events. But people are streaming all sorts of random things – Periscope has opened up live streaming to everyone’s phone and it growing at a ridiculous rate. But one thing hasn’t happened yet: mobile live streaming of games. You can do it with a rigged up camera, but it’s sort of a pain. But now Sony Mobile has an exclusive corner on the market.

Next time you’re playing Flappy Bird or whatever other random game that has actually been ported to Android, you can record the screen and stream directly to Twitch. Screen Recorder only works with Xperia devices, and even then only certain ones, but it sounds pretty cool. Here are the features:

So next time you’re playing Hearthstone on your Z4 tablet, you can show off not only your gaming prowess, but your facial expressions, too. Be warned, though, as I learned through all my Periscope shenanigans at E3, live streaming doesn’t just chew through your data, it’s eats up your battery power. So, if you’re planning on playing any game for a length of time, you might want to stream while connected to wi-fi, and with a spare power bank around.

While it still seems quite silly at the moment, this could open up some cool opportunities for avid streamers. Mobile games are incredibly popular and are responsible for a huge segment of the market. I’m curious how many of those users would want to watch other people playing their game of choice, but it could happen – Twitch streams of Candy Crush walkthroughs? All the views!