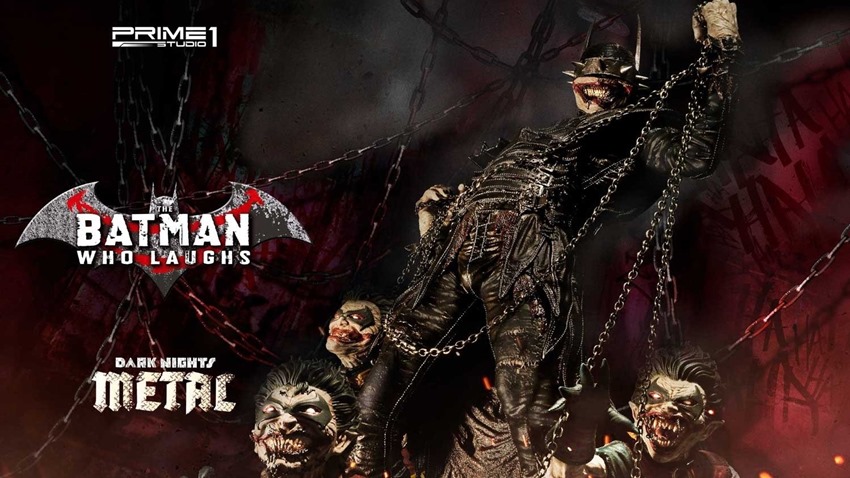 What’s worse than one Batman going rogue? How about several, each with unique attributes and abilities that make them more than a match for an entire Justice League that wasn’t ready to face a nightmarish collection of the darkest knights to ever grace our reality? As far as concepts go, Dark Nights Metal was about as wild as could be.

A god of evil, rising from a dark multiverse where every bad decision ever made had splintered off into a myriad of different realities that churned and died in a sea of constant darkness, resulted in some of the worst Batmen to ever be imagined. Rising from that abyss to drag our reality down with them, the Batmen that Barbatos had assembled represented fears and ideas that the mainstream Batman had managed to conquer and grow stronger from.

The worst of the dark knights though? Easily The Batman Who Laughs, a twisted mirror image of the caped crusader who finally snapped and killed the Joker. Infected by the death rattle of ace of knaves, this Batman soon found himself completely unhinged, all of his psychological conditioning broken and having no rules with which to contain his mayhem.

The Batman Who Laughs is a dark knight without limits, and arguably the most popular member of the vigilantes who terrorised the DC Comics Universe in the Metal event. How popular? Popular enough to get a statue from Prime 1, which will set you back $1199 for the regular version and $1399 for a deluxe version which throws in an extra Damien Wayne Robin:

Take a good look Bruce. What do you see? You’ve never fought someone with all your training. Your discipline. See it yet? I’m not him in a batsuit. I’m you. You. How you are supposed to be without the codes. Without the rules. Except one. BATMAN. ALWAYS. WINS.

Prime 1 Studio is proud to present 1/3 Scale MMDCMT-01: Batman Who Laughs from Dark Nights: Metal. The Batman Who Laughs is a supervillain in the DC Comics universe. He is a “Jokerrized” version of Batman who originated from the Dark Multiverse. He is the team leader of the Dark Knights and their goal is to help their master Barbatos plunge the Multiverse into complete and utter darkness. This course of action makes them enemies of the Justice League. He serves as the secondary antagonist of the event Dark Nights: Metal.

Man, that is HOT. I mean, I literally have a Batman tattoo and I won’t buy that statue. Possibly because I spent all my lifesavings on a replica of the giant coin in the Batcave. Which I’m also trapped under right now. Help. While I sit here and slowly die due to me being crushed by my fiscal hubris, you can grab The Batman Who Laughs on pre-order, with the replica arriving a year from now.