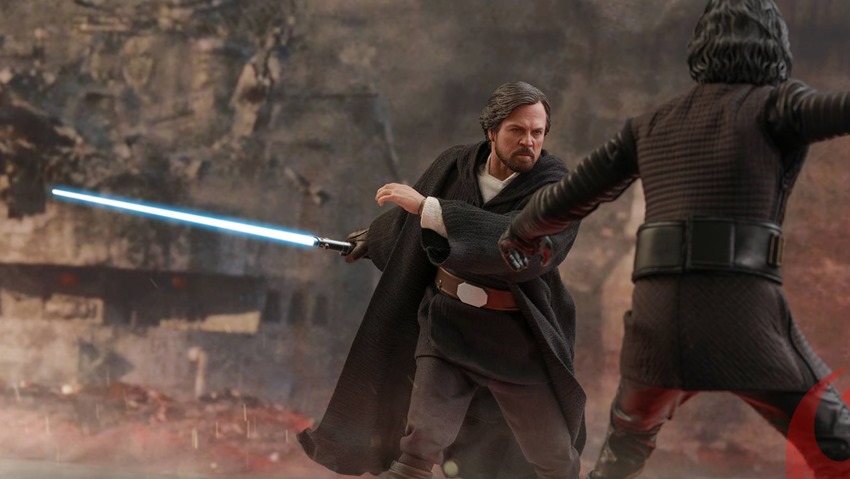 I’m going to tell you something, and you’re not going to believe it: I’m not a fan of Star Wars: The Last Jedi. It’s not that I have an issue with how the film breaks down the very concept of Star Wars and rebuilds it with an eye on the future of the franchise. I don’t have any problem with Daisy Ridley’s fantastic protagonist or how Poe Dameron gets rightly p-klapped for being a suicidal hotshot who dragged an entire squadron of pilots to their deaths and then threw a mutiny fit when he wasn’t roped into a plan that his superior officer had devised.

Heck, I don’t even mind that Luke Skywalker’s last stand against Kylo Ren was a brilliant use of the Force to perform some heckin’ bamboozling. Those are great aspects of the film that makes it stand apart, together with the most gorgeous cinematography I’ve ever seen on the silver screen. If the film did have flaws though, it was a nonsensical story that had a mid-act adventure shoehorned into it so that John Boyega would have something to do, and a final fight against a legion of First Order red acolytes that was clumsier than a Jerry Lewis slapstick comedy gag.

Here’s what I love about the film though: Luke Skywalker’s battle against Kylo Ren. It’s only a few minutes long, but it’s a perfect crystallisation of who Luke Skywalker should be. A wise and seasoned master, who learned from his own mistakes and found redemption. Not only that, but it’s the very image of Skywalker here that I like. It’s his idea of how he sees himself at his very best.

No longer dishevelled and broken from his past failures, but rather a confident Jedi Master who acknowledges his flaws and stands tall as a symbol of rebellion. That’s the Luke Skywalker I remember, and one that Hot Toys is giving the ol’ sixth-scale replica figure treatment to. Have a look below, because this is one Crait looking replica:

Nice. Now throw in a Luke “I’m-going-to-murder-this-kid-in-his-sleep-because-reasons” Skywalker figure that shows off the Jedi master as a homicidal madman complete with his crazy face, and I’ll have a full collection for my shelf. Sideshow has the figure listed at $235, with a shipping date of between October and December 2019.