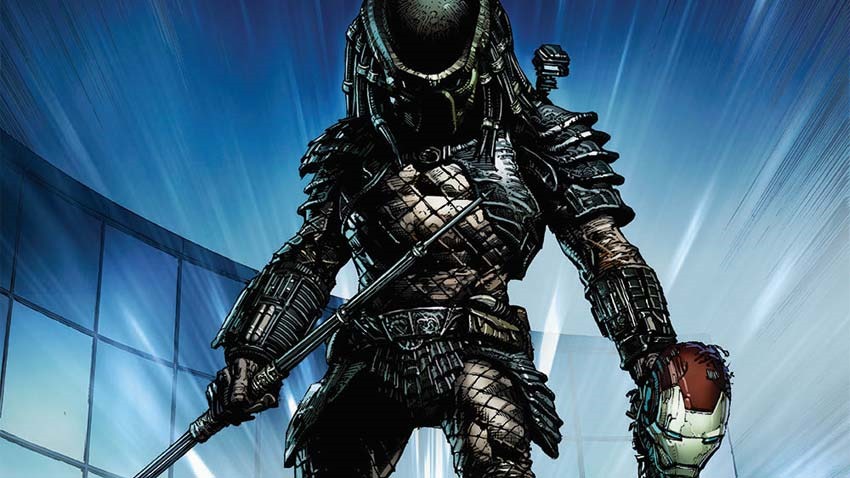 When Disney stretched it’s too much damn money muscles a while back and purchased 20th Century Fox, fans were elated. The X-Men would be coming back to Marvel properly, the Fantastic Four were no longer persona non grata and heck that meant that technically that The Simpsons were part of that universe as well!

Two other major properties that made the leap on over to the house of mouse? Cult classic sci-fi horror, in the form of Alien and Predator. The species have been in a constant state of war for any a year, duking it out in the admittedly fun AVP from ages ago and going toe to toe once again in AvP: Requiem. At least I think they did, that film was apparently shot in a warehouse of murdered lighting rig operators, I swear.

So what did that mean on the comic book side of the equation as the Xenomorphs and Yautja slithered into view? That the days of Dark Horse published Aliens and Predators comics, were numbered. Marvel has now acquired the publishing rights to those franchises, keeping the comic books in-house and drawing up new plans for the movie franchises on the printed page.

For Dark Horse Comics, it’s the end of an era that began in 1988, as the publisher regularly cranked out stories starring the icons that put the films to shame. What does Marvel have planned for Alien and Predator? Sadly there’s no Aliens vs Fantastic Four crossover in the works (YET), but superstar artist David Finch will be tackling both of the movie monsters in brand new series. “Alien and Predator are the two of the most identifiable, iconic characters of all time, and I love them for that,” Finch said to IGN.

But mostly, it’s being fortunate enough to be a kid when they were new. I’ve seen every movie they’ve ever been in, and I cannot wait to see them wreaking havoc in the Marvel Universe. I drew my pictures of them with a massive smile on my face.

“There’s nothing more thrilling than a story that will keep you at the edge of your seat, and Alien and Predator have delivered that time and time again!” added Marvel Editor-in-chief C.B. Cebulski.

I can clearly remember where I was when I saw each of these modern masterpieces for the first time, and revelling in how both masterfully weave extraterrestrial dread and drama into some of the most iconic scenes we’ve ever seen on film. And it’s that legacy that we’re going to live up to! As a visual medium, comics are the perfect place to build on those moments, and we here at Marvel are honoured to begin telling these stories for fans everywhere. As our release schedule continues to return, we can’t wait to share more in the coming months!

Marvel says that more Aliens and Predator comic books will be hitting store shelves in 2021, with reprints collections of previously published comics from the franchises also on the horizon. Now let’s see a Predator monthly comic book where every hero and villain in that Omniverse is hunted by the Schwarzeneger ass-kicker!