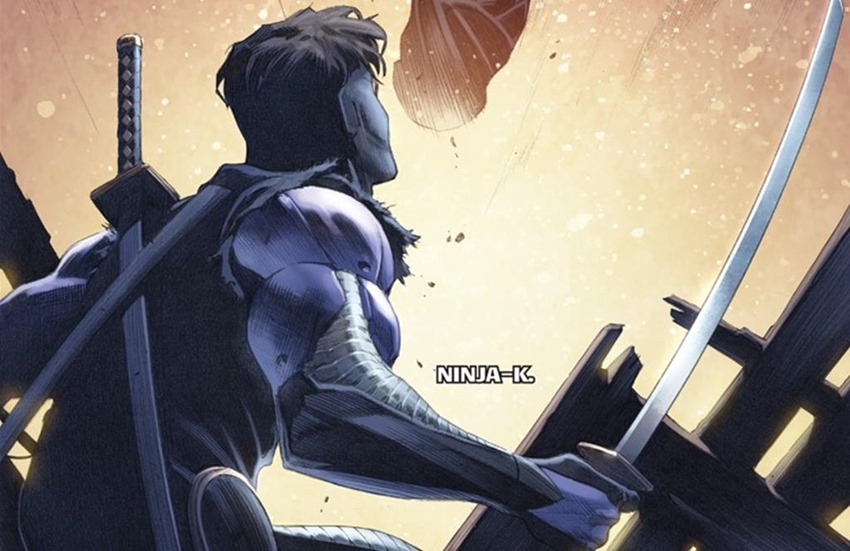 You often find that comic book characters are described as living weapons. Whether it be a walking disaster-level event when they’re unleashed or their precise nature resulting them being labelled as a scalpel for extreme situations, the human weapon moniker suits many a hero who happens to be in active service on the comic book shelf.

Here’s where things get interesting: Weapons require maintenance. A gun needs to be regularly oiled, a blade needs to be sharpened and even a simple Billy club needs to be routinely checked for any fractures that could result in it splintering apart at the worst possible time. So imagine then, the kind of maintenance needed to keep the world’s deadliest secret agent ninja in tip-top shape?

That’s the question that readers need to ask when they read Ninja-K #3 by writer Christos Gage and artists Tomas Giorello and Roberto de la Torre. After an ordeal from hell left current MI-6 ninja operative Colin King without his wealth or arsenal of gadgets thanks to the machinations of Roku, Ninjak was back to square one.

Still deadly, the supposed free agent of the Valiant Universe has been busy investigating a series of murders linked to the black ops program that gave birth to his shinobi persona. Spoilers below. 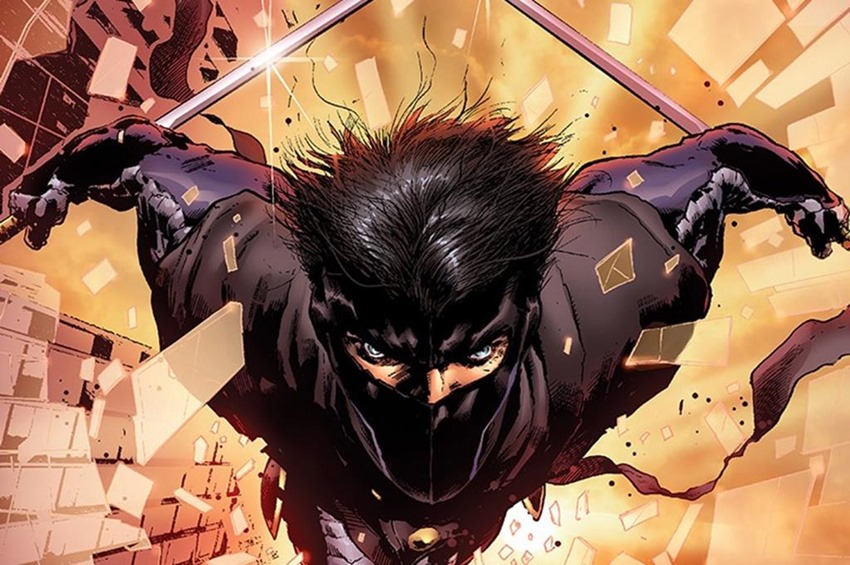 The mastermind behind a series of murders that focused specifically on anyone linked to the Ninja program? None other than one of its own operatives, the presumed-dead Ninja-C as he sought to end an initiative that had a history of violence. In a showdown between the deadliest of warriors, it wasn’t a barrage of shurikens or fancy technology that won a battle between the past and the future of assassination. 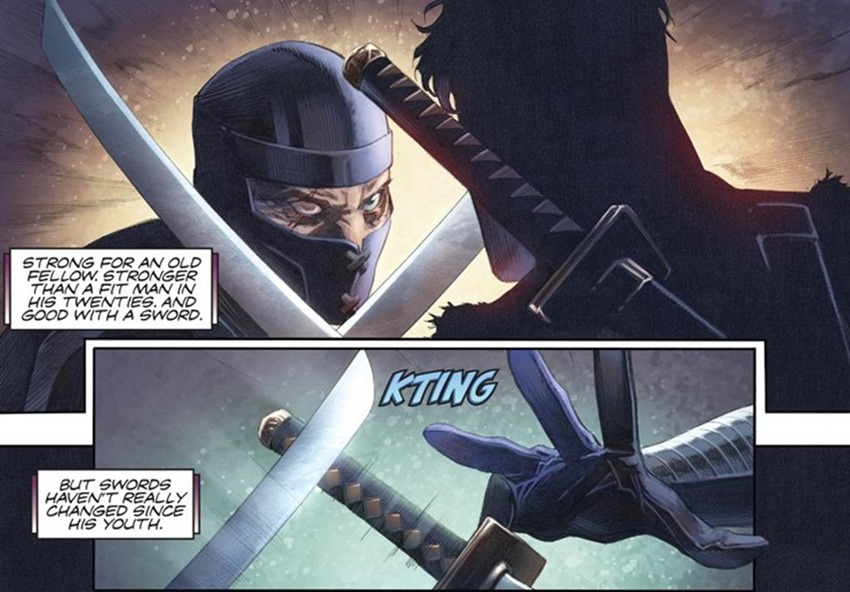 Rather, it was the revelation that every Ninja within MI6’s secret program had been manipulated for years as the line between duty and a life beyond the blade of Queen and Country was blurred further. Weapons need to be maintained, which in the Ninja program meant that any and all attachments needed to be erased from their lives of the operatives involved lest they be given a reason to leave the programme. A job that the sinister Acclimation Bureau seemed well-suited to handle. 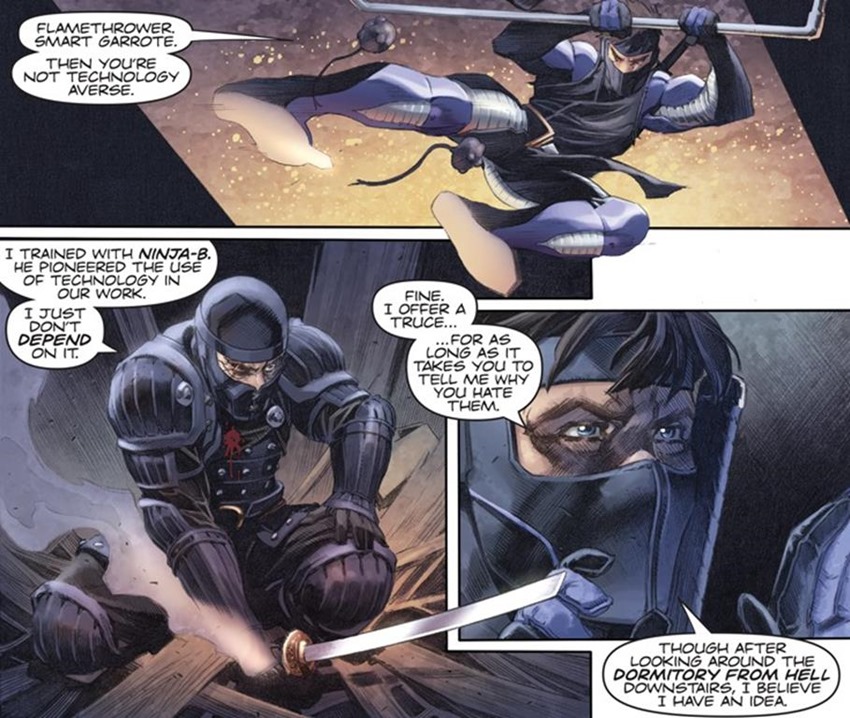 Better the devil you know, than the one you don’t know, right? In a universe with colourful heroes and villains, Ninja-K #3 is an exciting reminder that something sinister lurks beneath the surface in a deadly game of cat and mouse. There’s a dirty foundation of secrets being unearthed as Gage charts a new secret history for the elite super-spy, while Giorello and de la Torre visualise that shocking new world with art that easily allows for covert subterfuge and overt action when necessary. 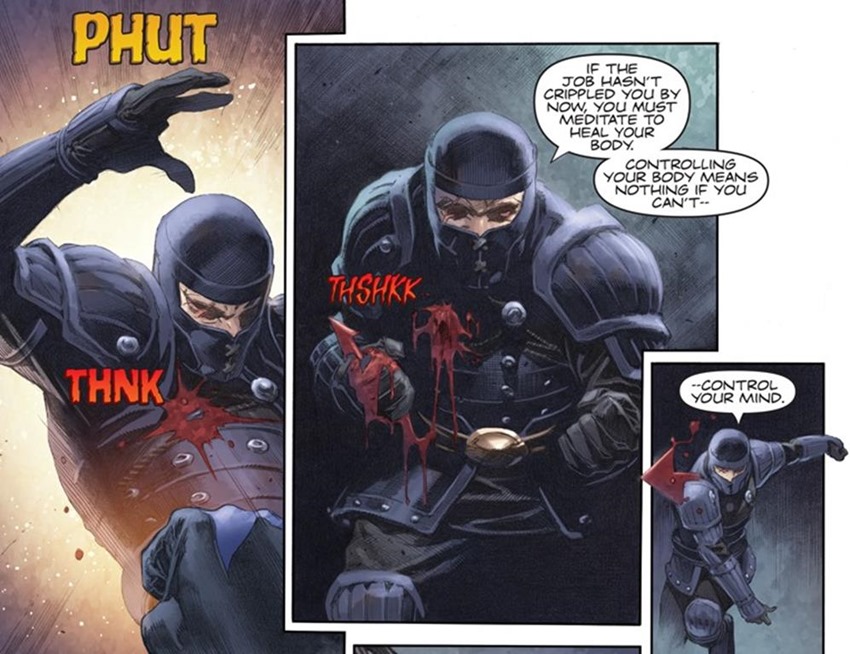 Surgical, vivid and never boring, the Ninja Files of Ninja-K #3 continues to impress.