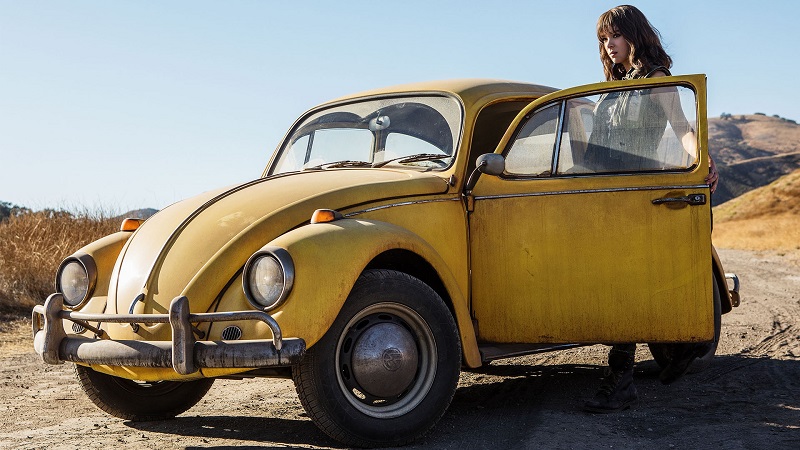 The Transformers franchise is one that many of us love to hate. While you can certainly praise the series for its incredible CGI and bombastic action scenes, it’s safe to say that the stories, or lack thereof, also serve to insult your intelligence as they throw nonsensical plot devices or contradictions at you all the time. Not to mention the human characters tend to all be incredibly annoying and just get in the way of what audiences really want to see – Autobot on Decepticon action.

Despite the massive criticisms of these movies though, people still seem to love the franchise which explains why it continues to make Paramount bucket loads on money at the box office. Though it seems patience from fans may have run out when the last film Transformers: The Last Knight, ended up making significantly less at the box office than the preceding films. That love can even transcend to the upcoming spin-off movie Bumblebee, which continues to have fans excited despite having been burned far too many times in the past by exciting trailers and the story essentially nullifying the entire first movie of the franchise.

Much of the hope that this film will offer something different though, lies in the man behind the seat, as this time Michael Bay has finally stepped away from the franchise in favour of Kubo and the Two Strings director Travis Knight helming the new film. While Knight may not be as experienced as Bay in handling massive blockbuster action scenes, he has shown the ability to craft a story with incredible heart. Something which has been sorely lacking from the franchise up to now.

It also turns out that Knight is not just merely cashing in a pay check for this movie either, as he is actually a massive fan of the franchise since he was a small kid playing with the toys and so he brings along a massive amount of passion to the film, which based on the evidence of an impassioned latletter has written to fans (via Screen Rant) that proves that he may just be the best person to helm a Transformers movie: 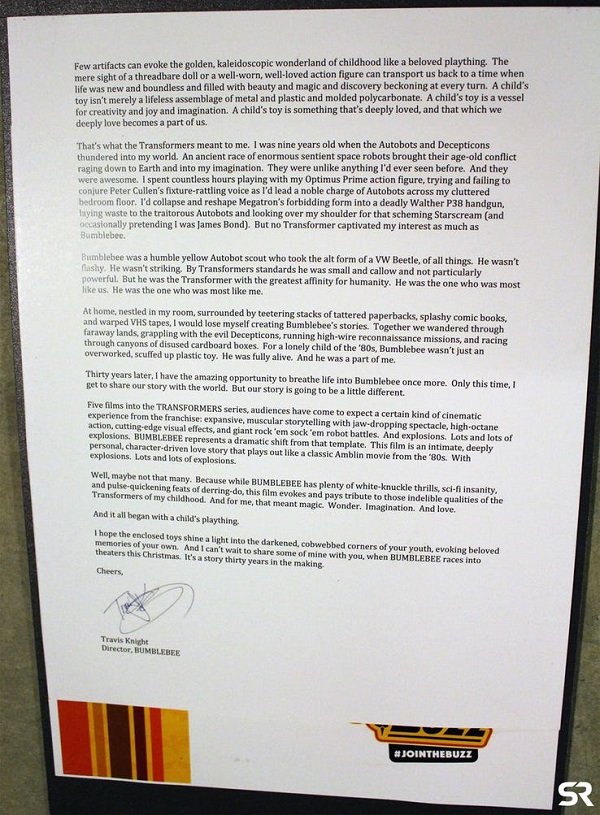 Few artifacts can evoke the golden, kaleidoscopic wonderland of childhood like a beloved plaything. The mere sight of a threadbare doll or a well-worn, well-loved action figure can transport us back to a time when life was new and boundless and filled with beauty and magic and discovery beckoning at every turn. A child’s toy isn’t merely a lifeless assemblage of metal and plastic and molded polycarbonate. A child’s toy is a vessel for creativity and joy and imagination. A child’s toy is something that’s deeply loved, and that which we deeply love becomes a part of us.

That’s what the Transformers meant to me. I was nine years old when the Autobots and Decepticons thundered into my world. An ancient race of enormous sentient space robots brought their age-old conflict raging down to Earth and into my imagination. They were unlike anything I’d ever seen before. And they were awesome. I spent countless hours playing with my Optimus Prime action figure, trying and failing to conjure Peter Cullen’s fixture-rattling voice as I’d lead a noble charge of Autobots across my cluttered bedroom floor. I’d collapse and reshape Megatron’s forbidding form into a deadly Walther P38 handgun, laying waste to the traitorous Autobots and looking over my shoulder for that scheming Starscream (and occasionally pretending I was James Bond). But no Transformer captivated my interest as much as Bumblebee.

At home, nestled in my room, surrounded by teetering stacks of tattered paperbacks, splashy comic books, and warped VHS tapes, I would lose myself creating Bumblebee’s stories. Together we wandered through faraway lands, grappling with the evil Decepticons, running high-wire reconnaissance missions, and racing through canyons of disused cardboard boxes. For a lonely child of the ’80s, Bumblebee wasn’t just an overworked, scuffed up plastic toy. He was fully alive. And he was a part of me.

Thirty years later, I have the amazing opportunity to breathe life into Bumblebee once more. Only this time, I get to share our story with the world. But our story is going to be a little different.

Five films into the TRANSFORMERS series, audiences have come to expect a certain kind of cinematic experience from the franchise: expansive, muscular storytelling with jaw-dropping spectacle, high-octane action, cutting-edge visual effects, and giant rock ’em sock ’em robot battles. And explosions. Lots and lots of explosions. BUMBLEBEE represents a dramatic shift from that template. This film is an intimate, deeply personal, character-driven love story that plays out like a classic Amblin movie from the ’80s. With explosions Lots and lots of explosions.

Well, maybe not that many. Because while BUMBLEBEE has plenty of white-knuckle thrills, sci-fi insanity, and pulse-quickening feats of derring-do, this film evokes and pays tribute to those indelible qualities of the Transformers of my childhood. And for me, that meant magic. Wonder. Imagination. And love.

And it all began with a child’s plaything.

I hope the enclosed toys shine a light into the darkened, cobwebbed corners of your youth, evoking beloved memories of your own. And I can’t wait to share some of mine with you when BUMBLEBEE races into theaters this Christmas. It’s a story thirty years in the making.

Screen Rant received the letter as part of a massive marketing package sent to several big entertainment sites that showed off several of the toys they are planning to release to coincide with the film’s release, all showcased in the form of a 1980’s boom box (to reference Soundwave). Rather than cry that we somehow were excluded in this big promotion, we can at least be excited that the letter included with it from Knight shows that he really understands the pure joy that the franchise is meant to bring. Hopefully that love can transfer into Bumblebee being the best Transformers movie yet.

While also making some decent coin on the side for Paramount and Hasbro as well.