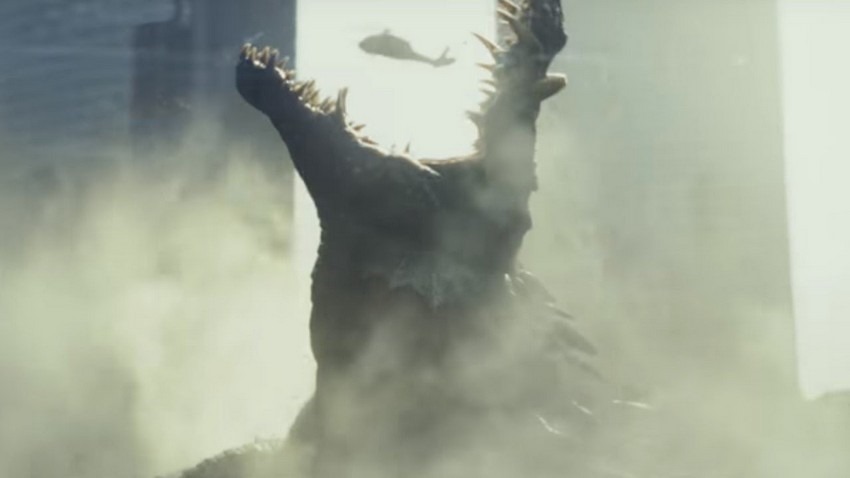 After a teaser trailer and now two full trailers, we’ve officially reached the “We just don’t care anymore” part of the marketing campaign for Rampage. Most big blockbusters tend to reach this milestone, where trailers now just start blurting out plot points and big reveals that would normally have been held back for the actual theatrical release, and the upcoming video game adaptation starring Dwayne “The Rock” Johnson is no different. This is why the latest trailer for the monster mash has no problem in revealing what would essentially be a bit of a third act twist regarding Johnson’s primatologist Davis Okoye and George, the silverback gorilla he befriended who gets turned into a giant rampaging monster against its will.

That being said, this is a twist that’s about as twisty as ruler, i.e. not at all. Even if it were though, this is not exactly the type of movie in which the audience will care too much about spoilers. You’re going to watch The Rock have to fight a trio of computer-generated giant, mutated animals using his biceps, fighter jets and his eyebrow. And that is exactly what we appear to be getting here, along with some quippy jokes and further over the top action. And for movies like this, that’s enough.

Check out the new trailer below.

Primatologist Davis Okoye (Johnson), a man who keeps people at a distance, shares an unshakable bond with George, the extraordinarily intelligent, silverback gorilla who has been in his care since birth. But a rogue genetic experiment gone awry transforms this gentle ape into a raging monster. To make matters worse, it’s soon discovered there are other similarly altered alpha predators. As these newly created monsters tear across North America, destroying everything in their path, Okoye teams with a discredited genetic engineer to secure an antidote, fighting his way through an ever-changing battlefield, not only to half a global catastrophe but to save the fearsome creature that was once his friend.

Rampage will see Johnson teaming up with direct Brad Peyton for the third time after Journey 2: The Mysterious Island and San Andreas. The movie also stars Naomie Harris, Malin Akerman, Jake Lacy, Joe Manganiello, and Jeffrey Dean Morgan. It is scheduled for release on 20 April.