Home Comics & Toys Aquaman will be a “swashbuckling action-adventure” Call me a dreamer, but I’ve still got hope for the future of movies based on DC Comics. With a reshuffling at the top of Warner Bros. that injected more comic book creativity into the decision-making behind those films after Batman V Superman was a critical flop, that universe seems to be back on track at long bloody last.

But it’s not the idea of a new Batman, Wonder Woman or Flash movie that has me excited. It’s Aquaman. For years now, the king of the seven seas has been nothing more than a wet joke to the mainstream. An adventurer whose skillset pales in comparison to that of a Man of Steel or an Amazonia princess of power. But that perception might finally change.

Not just because the casting of Jason Momoa has resulted in a blue-collar Atlantean ass-kicker, but because it sounds as if Momoa has been the life of the party while working on Justice League. A can-do attitude and positive spirit that DC desperately needs right now, and which also sounds perfect for his upcoming solo movie. Especially with the plans that director James Wan has in store for Silver Age icon. I kind of don’t want to give too much away but know this: The spirit that I’m going for is like a classic sort of swashbuckling action adventure, sort of high seas adventure story. It’s ultimately a quest story in the spirit of Raiders of the Lost Ark meets Romancing the Stone.

And that sounds rad. The DC Universe isn’t exactly short of mystical artifacts, much like Marvel isn’t short of Infinity Stones, so seeing Aquaman tackle a grand adventure sounds not only exciting, but also fun. Our best guess? Arthur Curry will most likely be after the Trident of Poseidon, a signatire weapon of unparalleled oceanic power that you really don’t want someone like Black Manta getting their hands on it.

But overall, it sounds like Wan and DC want to emulate the success of Disney’s Pirates of the Caribbean franchise. And I have no problem with that at all. Aquaman’s the kind of hero who’d be able to eat an entire Kraken in a heartbeat instead of getting swallowed by it. And don’t ever mess with his rum. He’s nowhere near as forgiving (or reeking of chronic halitosis) like Jack Sparrow is. 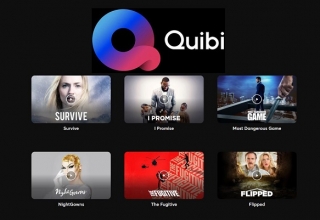 Are short 10 minute episodes the potential future of streaming? Interest in Quibi certainly suggests people are enthusiastic about the idea.