As someone who may or may not have written fan-fiction of this particular material during his high school years, I have an emotional hatred for the Transformers film franchise. 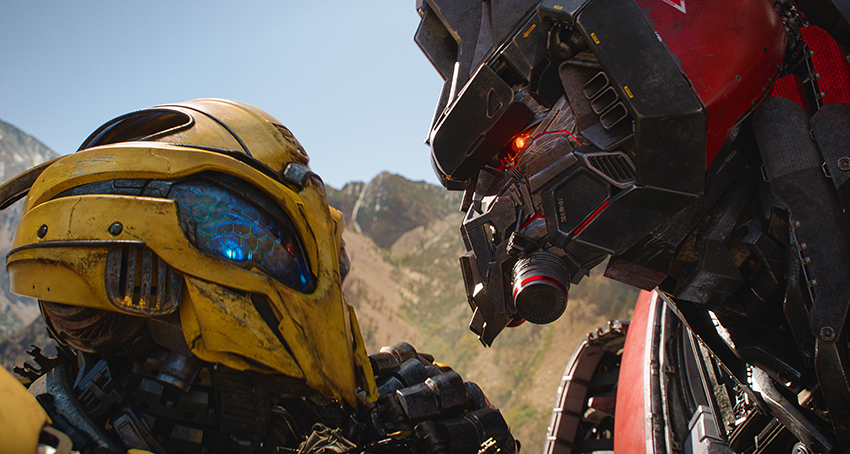 Despite being but a means to sell toys since their inception in the 1980s, the story of Optimus Prime and his Autobots fighting the evil Megatron and his Decepticons has proven to be open to creative, thrilling and at times provocative storytelling. Through the peripheral mediums of the IDW comics and selective TV shows, that is. When Michael Bay’s first cinematic outing debuted back in 2007, I along with many others applauded the director’s vision of a realist, gritty take on the toy franchise. It boasted excellent visual effects and a decent character arc in the form of Megan Fox’s Mikaela Banes (it’s true, watch the movie again).

But it all went quickly downhill from there. The movies turned into the corporate, product-placed boob and explosion festival that has come to be associated with Bay and the franchise as a whole. Billions of box office dollars be damned, the fans of Transformers deserve better. And since at that point we were five movies in, it seemed like the franchise was doomed to one cinematic letdown after the next.

And then, to my shock, it was announced that Bay would be stepping aside as director to be replaced with critically-acclaimed animator Travis Knight, with the latter tasked with creating a spinoff origin story centred on everyone’s favourite scout, Bumblebee. 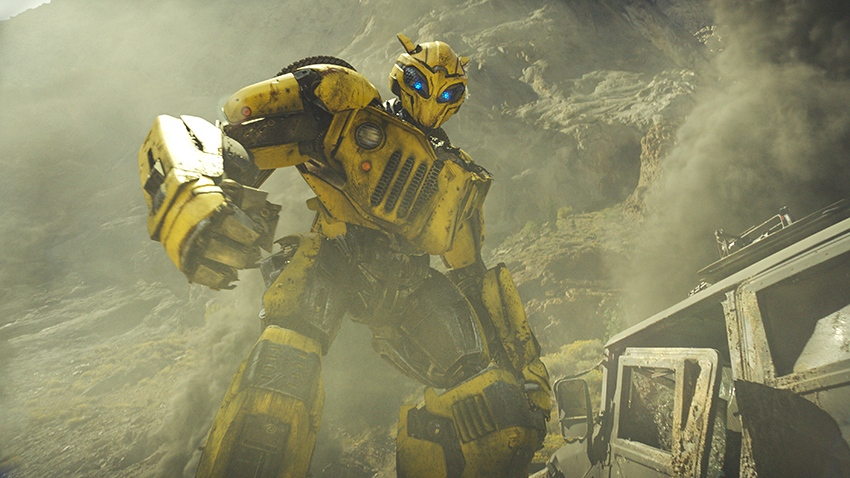 A teaser and two full trailers in, I started to get excited. While this would be Knight’s first venture into live-action filmmaking, his puppeteering work on films such as Kubo and the Two Strings could potentially translate very well into working with puppets again, only this time they would be made from computer pixels instead of clay. And to top it off, Knight is a fan of Transformers. Early on he indicated that he wanted to approach the material with the optimism and heart that the franchise had started with back in 1984, and what would be contrary to the cynical sentiment that Bay had treated it with in the previous films.

And so, six months after I told Kervyn that this movie was mine and mine alone to review, Bumblebee is set to debut this Christmas amidst a flood of positive initial reviews. A bit too positive, was my suspicion at first. As of current, Bumblebee holds a 98% Fresh score on Rotten Tomatoes. Even if you don’t believe in aggregate scores such as this, expectations such as this could be damaging to the film when its hype is centred more on the creative turnaround than its actual quality. 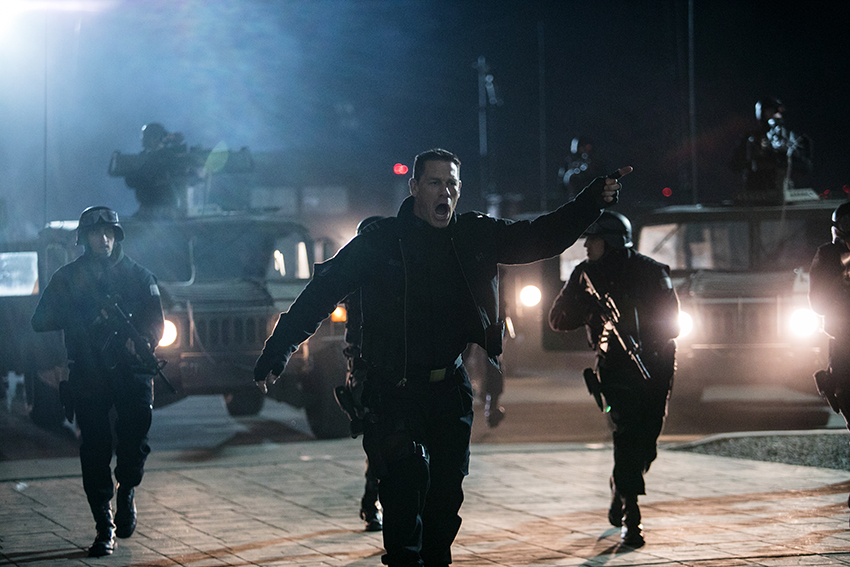 However, with that said that creative turnaround is worth every piece of praise it is receiving. Travis Knight has pulled a hat trick in transforming this cynical, convoluted, racist, sexist, incomprehensible mess of a film franchise, into what Bumblebee is. It is by far the biggest and most successful cinematic One-Eighty I have ever witnessed.

It is not worth 98%, but it is still pretty damn good.

The first two minutes alone gives Transformers fans what they wanted to see from the get-go. We open on Cybertron, with Optimus Prime ordering the evacuation of the planet as the Decepticons are closing in on his forces. Everyone is there. Arcee, Wheeljack, Shockwave. Soundwave and his minicon Ravage. All looking like they were lifted right out of the first episode of the G1 cartoon. Fans will be disappointed that these characters and their homeworld are only in the movie for a few moments, but they are precious, and they illustrate the sentiment with which Knight has approached the material. 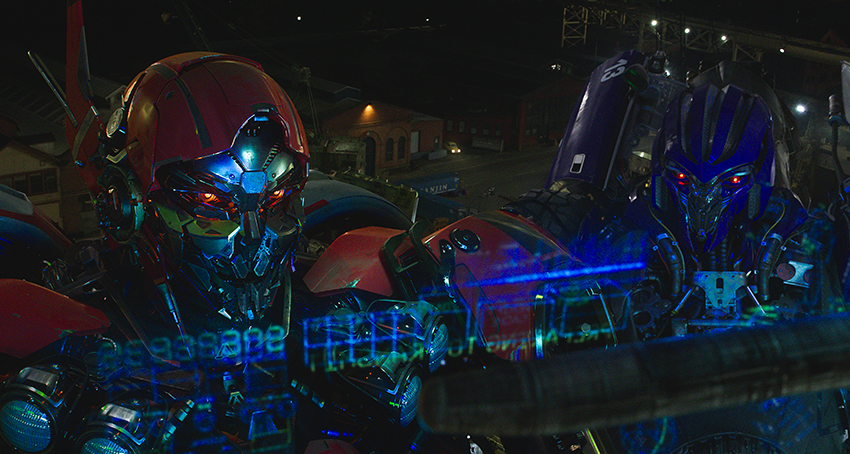 Optimus sends Bumblebee, then known as B-127, on a solo mission to Earth where he is immediately confronted by a small host of Decepticons, as well as the military outfit known as Sector 7 as led by Agent Jack Burns, played by the wonderfully hammy John Cena. On the run and now voiceless, Bumblebee seeks sanctuary and is befriended by eighteen-year-old Charlie Watson, played by Hailee Steinfeld. Charlie has a tattered relationship with her immediate family owing to the recent death of her father and she seeks solace in her newfound friendship with the young Autobot, all the while unaware that evil forces are out to get him. Notably, the Decepticon triple-changers Shatter and Dropkick.

Being set in mid-80s California, the movie revels in nostalgia by way of its music and atmosphere. Combined with the depiction of the robot aliens, this is a very good looking movie with the narrative playing straight into the era-defining story tropes of Steven Spielberg, who continues to serve the franchise as executive producer. The plot is very much lifted from E.T., which is cause for criticism, but it still succeeds in delivering a heartwarming story, as well as emotional and likeable characters.

Charlie Watson’s development throughout the movie is simple, yet effective. You buy into the fact that her father’s death has resulted in emotional blockades. The relationship between her and Bumblebee feeds into a genuine desire for friendship, and the need to rediscover oneself, albeit for completely different reasons. The affection that they have for each other is downright adorable, and in my opinion is stronger than other narratives of this kind as established by E.T. Bumblebee is not the wise-cracking, snappy, urinating-on-John-Turturro robot that he was shown as previously on-screen. In this, he is a doe-eyed Volkswagen Beetle excited to have a human friend and who stands up and fights for the safety of our planet. There is a scene where he actively seeks to comfort Charlie during one of her breakdowns, and it amounts to emotional authenticity that this franchise has never come close to previously achieving. 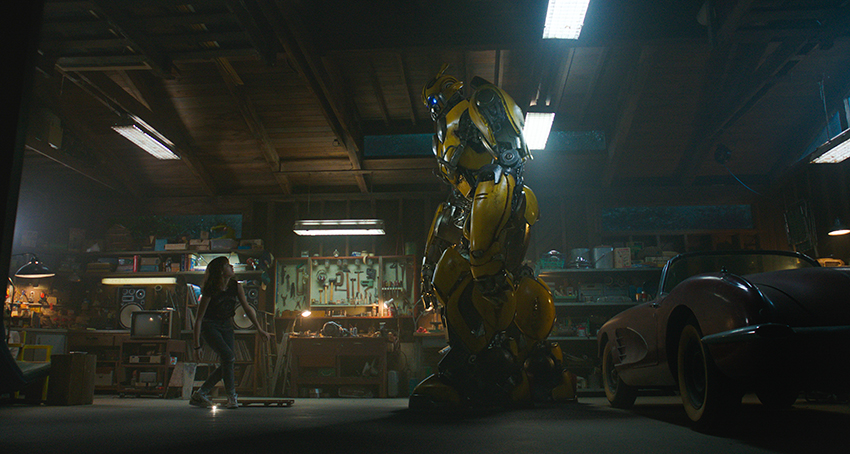 This is thanks to Oscar-nominee Steinfeld yielding an excellent performance throughout the movie. While the comedy is handled by Cena, Steinfeld looks, sounds and feels the drama that her character and her dynamic implies. This is also down to Christina Hodson’s script, with an uncredited rewrite by Kelly Fremon Craig, who has previously worked with Steinfeld on The Edge of Seventeen. She juggles proactivity and a somewhat pessimistic demeanour, exactly what is required to pull off the robot-human chemistry. Cena is also excellent, despite having to deal with the campy portrayal of the military, which can sometimes clash with the more intense aspects of the script. Jorge Lendeborg Jr. plays Charlie’s dorky neighbour Memo, who has feelings for her and enjoys a light-hearted dynamic with the lead. The script does ultimately fail the character though by not giving him much to do, which is a shame. 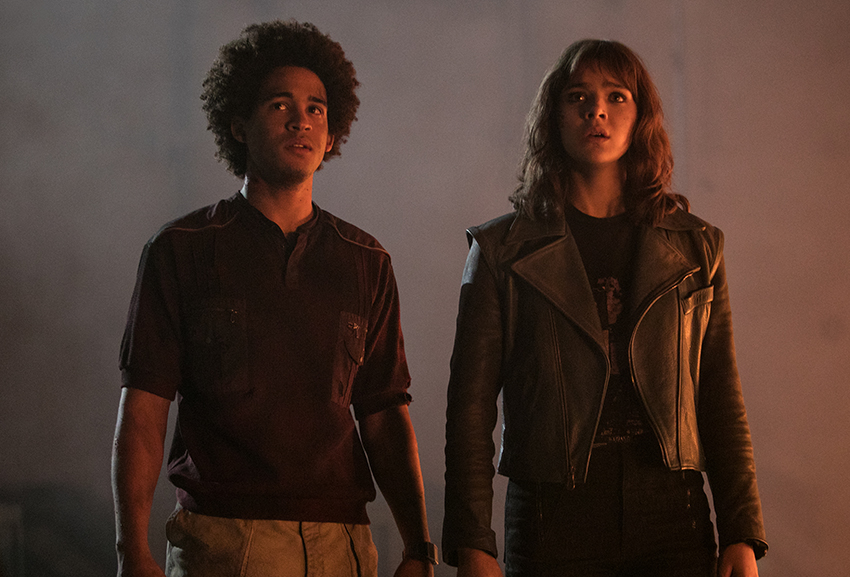 The technical side to Bumblebee is refined. A major element that this movie excels above and beyond its predecessors is the framing of its action scenes. You can clearly make out the Cybertronians while also acknowledging every move they make. Given that there are a single-digit number of Transformers used in this movie, it means that there is meaning and distinction every time that they are on screen. Travis Knight has expertly shot his climaxes. It is no longer just about the explosions. It is also about movement and the intent behind it. The attention to detail on aspects such as Cybertronian’s facial features and movements must also be appreciated. Though I do question the method as to how Decepticons dispense death to us humans. Also heads up, while this is a very kid-friendly movie, heed caution for a character death that left even me uneasy. 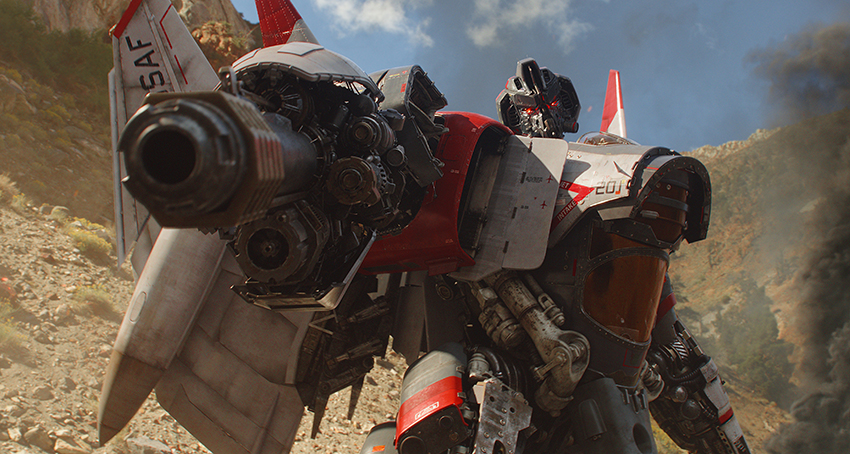 Faults? A lack of focus within script elements. I have mentioned the Memo character and the campiness of the military, but there are small continuity issues throughout the movie that amass over the course of its running time. What makes this frustrating is that, while I would argue that it is executed well, the E.T. plot is formulaic. Hence, this is a predictable movie to watch. You can see the plot points coming a mile off, and it can result in serious disappointment for those looking to see the entire Transformers narrative evolve.

Serious issues, but I love Bumblebee. I love its aesthetic, atmosphere and action. I even like Hailee Steinfeld’s single “Back to Life” which plays during the credits. Dependent on how well this movie does at the box office, I sincerely hope that we will get more of Knight’s Transformers, especially that one of the next films could take place entirely on Cybertron. Like how this movie ends, I hope for a brighter, better future for the Robots in Disguise. 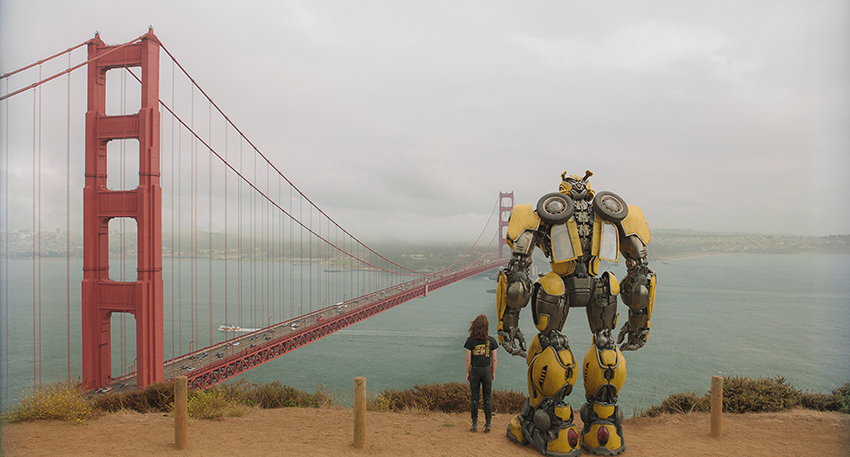