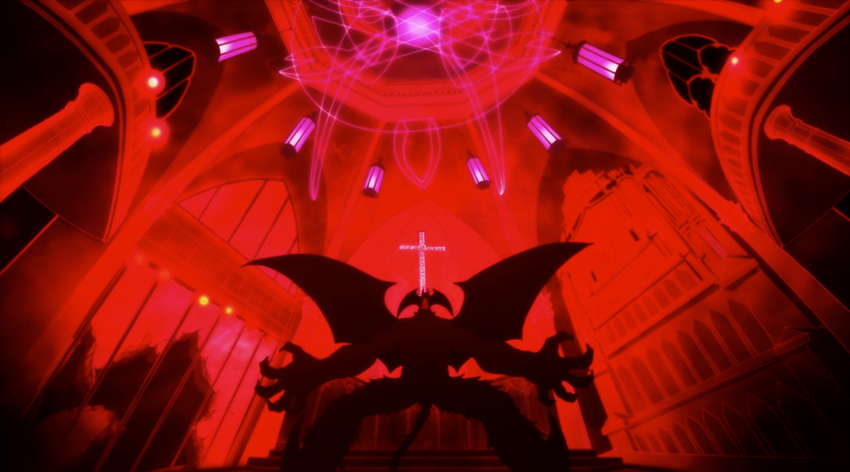 When the streaming megalith’s first venture into ‘anime’, Castlevania, dropped in 2017, Netflix was inundated with interest in the company expanding their output. In turn, Devilman Crybaby, alongside projects such as the recent Godzilla: War of The Monsters, is the latest in a colossal wave of Netflix-produced anime to come.  The show is based on the manga of the same name (minus the Crybaby part) and is sure to be the service’s most divisive release in the style to date.  It displays ample creativity in its experimental art style and pushes the boundaries of violence and sexual content in animation (at least for Netflix). On the other hand, its uneven plot, awkward writing and jarring pacing hold it back from achieving the greatness it clearly strives for. The expedition to its hit-or-miss ending is rocky for sure, but Devilman is nevertheless a colourful and gruesome tale of warring demons and Hell on Earth.

In Crybaby, malevolent monsters walk among us. They inhabit the bodies of humans in order to blend in with society and slowly suck it dry. A series of violent and mysterious murders plagues the city, but mankind remains oblivious to their true cause: the demons. When Akira Fudo’s long-lost childhood friend, Ryo Asuka, re-enters his life, he learns that a select group have managed to defeat the demons trying to possess them and absorb their power in the process; these individuals, pure of heart and strong of will to resist the demonic influence, become devilmen.

Devilmen find their bodies imbued with new life – gaining incredible physical prowess and the ability to temporarily morph their bodies into the form of formidable demons. Akira is one such man and, at the behest of his friend Ryo, finds himself entwined in a biblical battle between man and the ultimate evil. It’s a gorgeously animated war that sees blood spilt in epic proportions as the rise of the demons shakes society to its core and brings out the very worst in humanity. 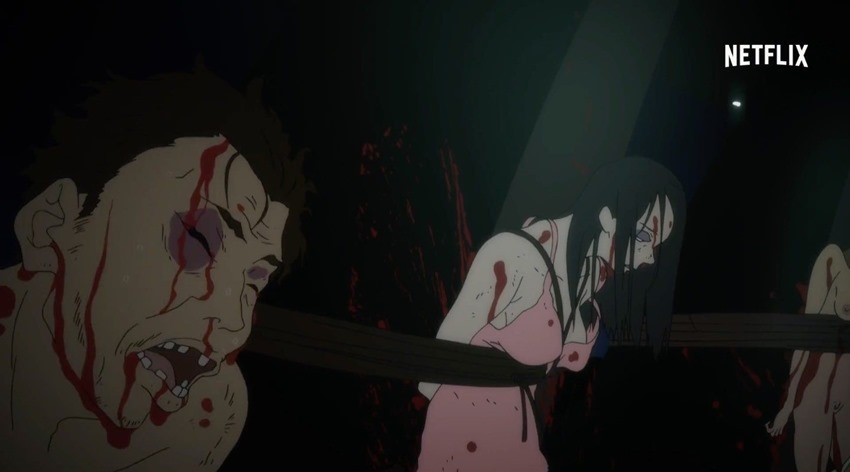 Above all, the gory, carnal mayhem of Devilman Crybaby is skilfully and charismatically illustrated. Its base template is relatively simplistic and recognisable to casual anime viewers, but comes to life as pandemonium strikes. Bodies rend themselves apart as humans morph into devils and its’ most chaotic sequences are a slick and gruesome pleasure to behold. Monster designs are simple but brilliantly varied, while their vividly coloured, high-octane battles are easily the show’s strongest moments. It incorporates a cornucopia of impressive lighting techniques that lend a kinetic feel to the action and is never afraid to veer away from its usual art style in order to illustrate poignant moments in standout fashion. However, the writing and delivery of much of its most important information is where Crybaby begins to falter.

From its first episode, the plot hits some jarring and confusing notes. It initially struggles to integrate the supernatural with the day-to-day and reveals come around at strange times, without any recognisable build up. It doesn’t help that, when explanations are given, they are generally stiffly written and overly long expository monologues that spoon-feed the viewer. It does hit a stride, however, and once its disparate parts mesh together and the viewer is on board, it dolls out the anarchy in spades; though it does not quite abate the show’s inherently derivative nature and inelegant storytelling. The strength of its mid-season episodes largely carries the experience, but its conclusion will feel undeserved to some. 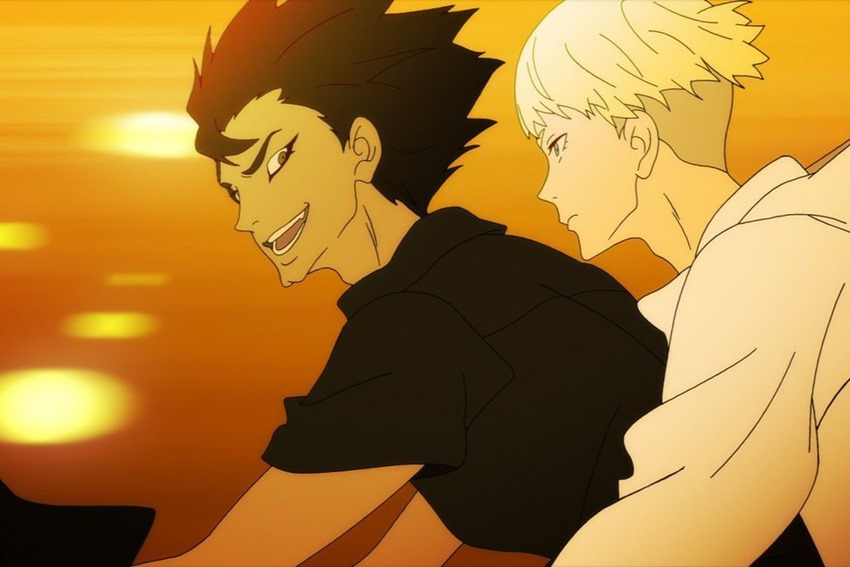 On the other hand, its amusing cast of characters aids the viewer through much of the slog. Akira himself is a suitably conflicted lead. He feels a profound empathy for those around him – weeping openly at the pain of others without fail. Before the demon enters his body, he is small and fragile. He is nobody; he hasn’t seen his family in years and lives in the shadow of his successful athlete friend, Miki Makimura. Miki is something of a celebrity; a renowned long-distance runner with a heart of gold and the absolute envy of her best friend, Miko. Miko lives with a potent inferiority complex – both of in awe and loathing of her friend – unable to perform at Miki’s level. Each character has a suitably entertaining arch that rounds out relatively well, despite some mean-spirited endings that feel unnecessary and engineered to be provocative rather than illicit any real emotional reaction.

It’s not an entirely level playing field either, however, and several of Devilman’s more important faces are simply not given the same care as others. Ryo, for example, is generally lifeless and uninteresting. His arch is relatively predictable, while the show provides no believable basis for him and Akira’s relationship. Their personalities conflict and contradict each other in perplexing ways, for instance. Other characters are not fleshed out nearly enough encourage any investment. Regardless, the body of antagonists and supporting characters that butt heads and generate much of the show’s most engaging drama are enough to endure the insubstantial outcomes of a generic plot-line.

Crybaby will likely not enjoy mass appeal – already, excitement around it is relatively low. Even for an anime, the show is relatively edgy and its content is certainly mature. Scenes of sexual intercourse and bodily dismemberment litter the series in popping colours with no restraint. Though its story ultimately fails to satisfy, it offers more than its fair share of gratifying imagery and character moments that make the journey a tolerable and often enjoyable one. It will certainly not land with the splash of its video game inspired predecessor Castlevania, but Devilman Crybaby is nevertheless a suitable distraction and a look at the potential for future Netflix Original anime. 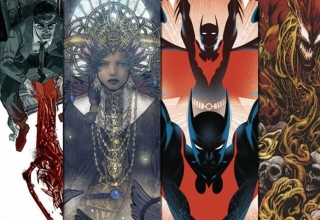